Helper apps have been squashed, but actual Pokemon Go cheaters aren’t even breaking a sweat. 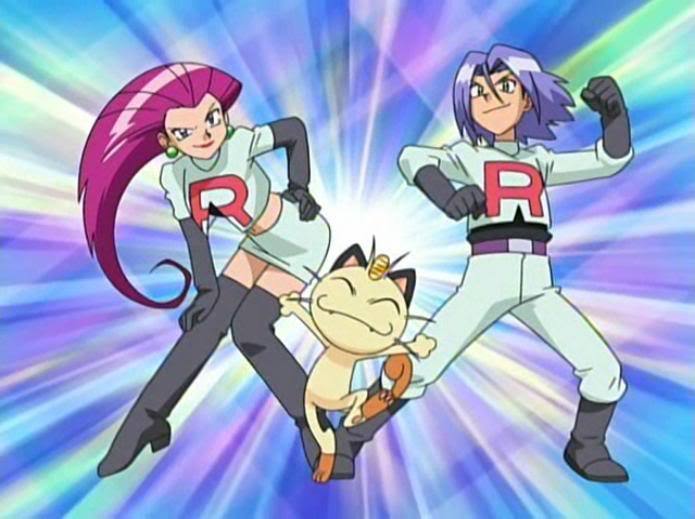 While Pokemon Go developer Niantic Labs has taken a strong stand against Pokemon tracking services that made it easier for users to find the creatures they most desire in-game, the company seems to be less on the ball when it comes to taking down cheat services that seriously break the game.

Let’s be fair: based on the reasoning given and the graphs shown, Niantic Labs had every reason to pull access for PokeVision and other much-loved Pokemon Go apps that helped trainers track and trace the Pokemon they were most interested in accessing.

The reasoning behind the banning of the app was actually rather sound once Niantic slowly got around to explaining it: the apps were drastically slowing down the Pokemon Go servers and through that preventing stable performance for existing players and launches in additional territories beyond that. In short the apps were causing back-end problems. That’s fair enough.

Just this morning Niantic caused a stir anew by blocking PokeAdvisor, another beloved third party app. PokeAdvisor was as above-board as PokeVision and allowed players to compare themselves to others on leaderboards and calculate the maximum potential of their Pokemon. Unlike PokeVision it didn’t break the Pokemon catching aspect of the game by helping players to track creatures but in the end it still met the ban hammer.

With that said, the focus on shutting down PokeVision does bring into question why Niantic has been so quiet on the existence of several different brands of cheating robots that simply play the game for you.

I’m not going to name any of these services specifically, but I spent the weekend keeping an eye on one of the most popular variants to see how it weathered the storm of app updates deliberately designed to disrupt third party Pokemon Go products.

Unlike PokeVision, the cheat bot wasn’t out of action for long. Curious, I was able to sign up for a free trial (more on this in a bit) and see how it all worked.

It’s all deceptively easy: you feed it co-ordinates for anywhere in the world, be that your home, your local town center or somewhere thousands of miles away. You then use its surprisingly slick interface to tell it what you want it to do.

The options are fairly mind-boggling. You can tell it what Pokemon to catch or conversely which to ignore. The app even calculates the IVs of a Pokemon on the fly. IVs are one of a few hidden values that help determine a Pokemon’s potential.

“CatchSuccess!” the app spits out at me in text log form. Psyduck, Level 5, 129 CP…. 36% Perfect. Not a very good Psyduck. You can then even tell the app to transfer away any low quality Pokemon and evolve those that are closer to perfect. If you prefer CP as a measure you can also have the app prioritise CP instead.

While it’s catching, transferring and evolving Pokemon based on your preferences the app will also wander around a given area (you set the coordinates, maximum travel distance and speed) spinning every Pokestop it can find picking up items, hatching eggs and so on. The idea is simple: you can leave this thing running and come back to a vastly filled-out Pokedex, an inflated player level, a bag full of items and a slew of powerful, high-potential Pokemon for gym battles.

It breaks the game. It’s so game-breaking that I’m astonished Niantic hasn’t made a single statement to ward players off these services, or even taken significant silent action against those using such apps.

Pokemon Go cheating is rapidly becoming a cottage industry of its own as well. The bot in question is charging $7.95 for the first 60 days you wish to use it and $9.95 recurring every 60 days after that. Not only is it potentially ruining Niantic’s game by allowing unscrupulous players to illegitimately build up powerful creatures to drop into gyms, it’s making money while it’s doing it. There’s other competing apps both free and paid, and when Niantic’s update rolled out it was a race to see who could build a way around it fastest.

It all seems to be successful too: the app’s forum is home to tens of thousands of members and its discord channel is full of the type of dastardly camaraderie that’d seem right at home on a pirate ship. In one Discord channel the group excitedly share coordinates of where to find ‘nests’ of rare Pokemon. Want a Vaporeon? Take these coordinates and punch them into the app: done.

The most egregious thing of all about all this is that some time eyeing the bot’s official help chat channels and forums reveals that there doesn’t appear to be any documented instance of a hard, harsh ban against someone using it – not even those who hop around GPS coordinates like they’ve access to a personal teleport.

The harshest punishment comes as a soft ban – a ban that doesn’t actually last. Bans appear to be primarily linked to GPS spoofing with the distance you jump seeming to help determine how long you’re banned for; jump a few hundred miles and the game might soft ban you for a few minutes. Jump to the other side of the world and it might take half an hour or more to lift.

“The punishment is pathetic, and as such these people don’t care: the ban runs down and their bot continues as if nothing had occurred.”

The soft ban doesn’t stop the game from opening but as previously reported simply stops players from catching Pokemon, spinning Pokestops, battling in gyms or doing anything else of worth. The punishment is pathetic, and as such these people don’t care: the ban runs down and their bot continues as if nothing had occurred.

None of this should really surprise, especially after the first player to reach level 40 in the game outed himself as a cheater. Now tens of thousands of others are looking into paying for the same privilege, and many already have.

While shutting down PokeVision was clearly a necessary thing based on their statements on how it was impacting their servers, the existence and thriving growth of these cheat services is now Niantic’s greatest challenge.

The existence of these apps and their ill-gotten Pokemon and items is a problem now in the game’s gym-based metagame, but if Pokemon Go pushes towards a more peer-versus-peer environment through adding trading and hopefully trainer battles these apps continuing to thrive will be catastrophic. Niantic may have stabilised the game, but now they need to work hard on proper cheat detection and dish out harsh, decisive punishments rather than focusing on bringing down more widely used but far less harmful helper apps.