Take down a giant camel by blasting its feet. Yep. 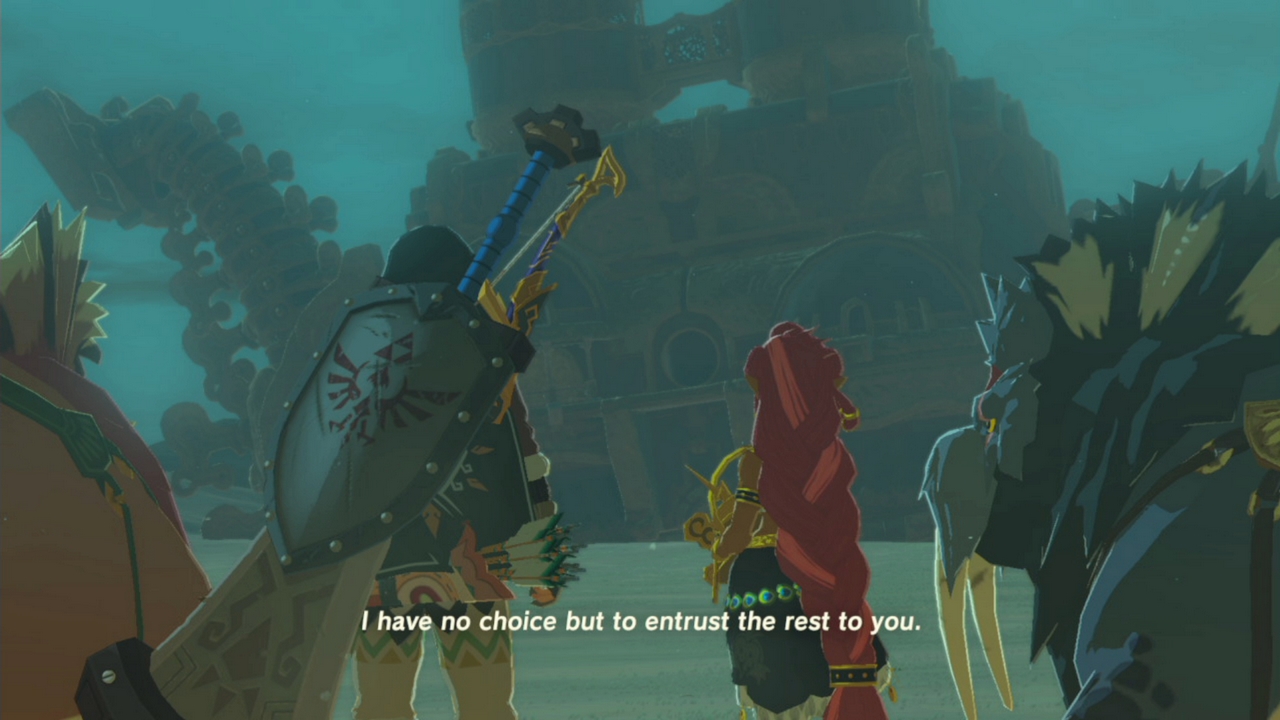 When or where in the Zelda lore the Gerudo became the masters of thunder isn't quite clear, but we're thousands of years removed. So let's overlook that bit.

The point is this - in the previous part of our walkthrough to the Divine Beast Vah Naboris section of the main quest we invaded the lair of Yiga Clan to fetch an important Gerudo artefact, one that will let you and Gerudo Chief Riju survive an approach to the lightning-controlling machine long enough to disable and board it.

The headgear is a little big for poor old Riju, though, but she does rock it. From the Yiga Hidehout warp back to Daqo Chisay Shrine, equip your Gerudo gear again (they still won't let you in if they think you're a man), and go see Riju... but she's not there.

You get told she's at an outpost just outside the city. Strangely, this thing is never properly named or marked on your map, though during this quest for one-time only it has a proper waypoint.

Inside the small building you'll find a random Gerudo and a chest containing a bow. Up top you'll find Riju. She's plotting, and she's just about ready to take down Naboris. When you're ready to go, agree to put her plan into action. 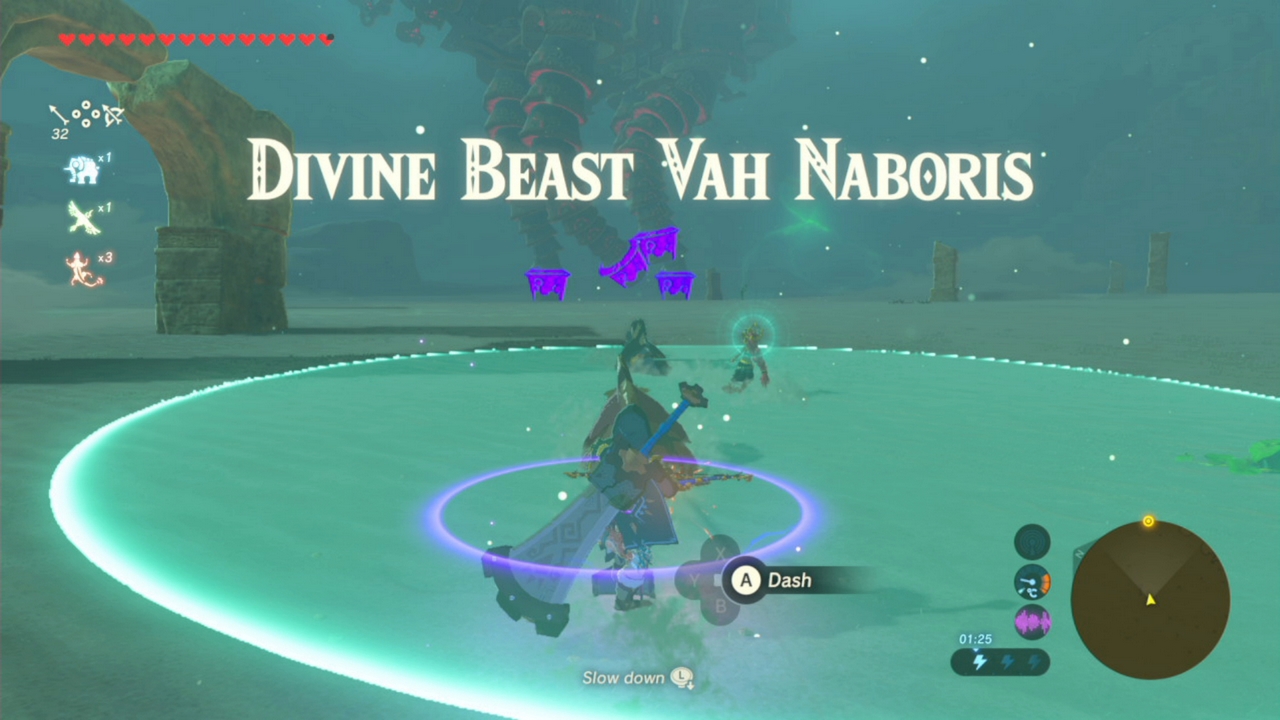 The plan is pretty simple, but - like all the Divine Beast boardings - is a little bit nuts. You're going to ride sandseals (see why I told you to use a sandseal to reach the Yiga Hideout, to get some practise in?) to get close to Vah Naboris.

Once you're close, all you need to do is pull out your bow and nail two shots onto each of Naboris' glowing feet.

This is very similar to the effort you made to board Vah Medoh with the Rito, but this is actually a little harder because on the back of a sandseal you don't have the time dilation effect when pulling your bow out that you have in mid-air.

The wrinkle to the whole thing is that Naboris will keep striking with lightning, and it's pretty much a deadly strike. I had 14 hearts at the time I tackled this dungeon and I only barely survived the one strike I took, so if you have less, be careful.

The key is, as explained, to stay inside the circle around Riju.

When she tells you to go for it, don't be afraid to spur your sandseal on to dash outside the circle - this is your chance to get in and do damage while Naboris recharges - you can always slow off to let Riju catch you up. You'll get a warning in the form of a targeting reticule when Naboris is preparing to fire.

Once Naboris is down, you get on board. It's dungeon time. The beast isn't down for long... but now you can do your work from within.