Super Smash Bros. Ultimate is all about the fan service - and one particular piece made the Street Fighter fanboy in me particularly gleeful.

Before you proceed any further, here's a SPOILER WARNING note: this article contains information and spoilers on a special area of the World of Light, Smash Ultimate's story mode. If you don't want any of the map spoiled, turn around now - don't scroll, don' t read further and definitely don't watch the embedded video. You've been warned.

Again, to reiterate - it's a relatively minor spoiler of one area you can reach relatively quickly, but don't scroll past the image of your boy Kenneth Masters from the world of Street Fighter if you don't want World of Light spoilers. If you just want to know more about the game, try reading our glowing Super Smash Bros Ultimate review. 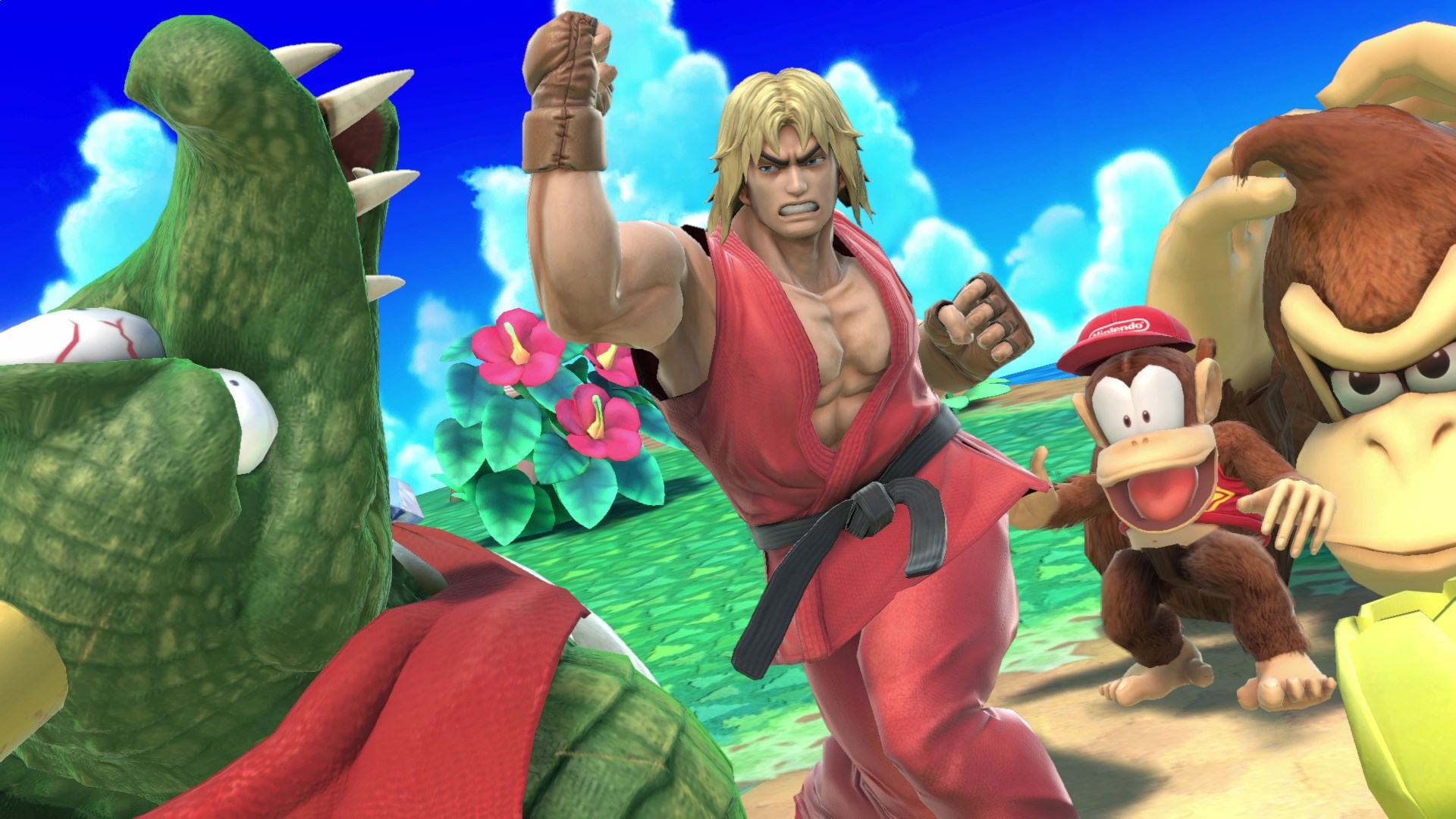 As you likely already know, Super Smash Bros. Ultimate features two Street Fighter characters who've crossed from that world over into the cross-over paradise that is Smash Bros. - Ryu and Ken. Ryu and Ken have their own stage, Suzaku Castle, which first made its appearance in Street Fighter 2 as Ryu's Japan-based stage and has since reappeared in the ever-improving Street Fighter 5. Guile also appears as an Assist Trophy, holding down-back and turtling as you'd expect.

Smash Ultimate takes the nostalgia for Street Fighter a step further, however - in World of Light it actually partially recreates the Street Fighter 2 arcade mode ladder, complete with appropriate music and sound effects. It's super, super cool. Here's a video of it in action:

In World of Light's absolutely sprawling map, you'll occasionally encounter portals that'll transport you to new locations. One portal leads to Bowser's Castle, for instance, where you'll battle the spirits of a range of Mario bad guys, fire-affiliated enemies and finally Bowser himself, complete with a chance to rescue Peach and add her to your character roster on the way. It's all very appropriate. Not every series has a 'dungeon' like this - but Street Fighter does.

In one section of the world map you'll find an airport, which is also a portal to one such area - and when you arrive, you'll see that area is a map of the world, just like in Street Fighter 2. What's more, your character's avatar is replaced by a plane - of course - and that plane makes the exact sound effect from the stage and character selection screen of Street Fighter 2. The music matches, too.

The fights you encounter along the way are all in appropriate places on the world map to SF2, and use flat versions of Smash stages to vaguely approximate the Street Fighter stages. A flat version of an Earthbound New Pork City stage makes for a perfect Vegas substitute for facing down Balrog, for instance. The actual fighters themselves are existing Smash fighters with tweaked moves and rule sets to match the Street Fighter characters they represent.

Balrog is an over-sized Little Mac with loads of super armor on his moves, for instance, while Chun-Li is Zero Suit Samus with powered up kicks. All matches are stamina matches, where the aim is to deplete health to zero for a knock out, just like in Street Fighter. Matches also have increased gravity and the Final Smash meter on, meaning you gradually build a super attack - again, just like SF. Eventually, beating M. Bison and completing this map gives you the chance to unlock Ryu in Smash for real.

Anyway, this is just one example of the super-cool nostalgia-stoking fan service buried inside Smash Ultimate - there's plenty more to discover for all manner of game series. I just had to share one, and this one grabbed me because as VG247 readers know I'm a big old Street Fighter nerd. Let normal service resume.