I’m in thrall of Vampyr.

In games such as BioShock and Mass Effect, players are encouraged to roleplay a binary good or evil. There is little incentive to follow a middle ground because you might find yourself unable to unlock certain special abilities, or you may miss out on the most interesting dialogue options.

Vampyr is different. Playing as a saint can be rewarding, and playing as a monster can be thrilling, but this game still manages to thrive in the middle ground. Vampyr wants you to make moral choices on a case-by-case basis instead of following a predetermined template. And surprisingly, the game rewards you for doing so, both mechanically and narratively.

The story takes place in London, 1918, a city undergoing the second, deadliest wave of the Spanish flu. You are Jonathan Reid, a doctor who returns from war only to be attacked by a vampire and tossed into a mass grave. Upon waking as a vampire himself - and murdering his sister in a fit of hunger - Reid swears to find a cure for the natural and supernatural epidemics which threaten the city. That is, if he can resist his own cravings long enough to do so. 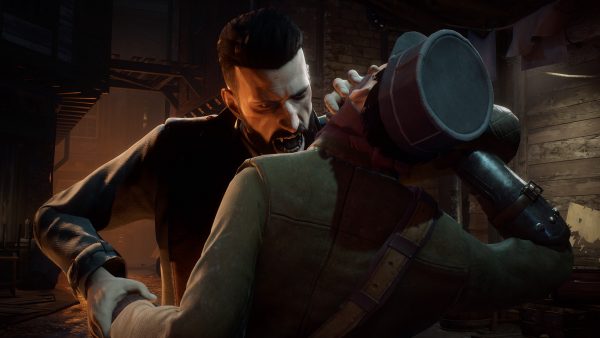 You do this by exploring wartime London, a city plagued with bloodsuckers, giant wolves, and overzealous monster hunters. Reid’s quest to find his maker and cure the Spanish flu takes him from disease-ridden slums to the elaborate mansions of London’s elite. You'll upgrade skill trees of vampiric abilities that cover invisibility, claw attacks, and ranged shadow attacks.

Where Vampyr stands out is how it handles NPCs: you can feed on almost anyone. In fact, it’s encouraged. The vast majority of XP isn't earned from combat, but draining London’s citizens. As such, each district has a fully-developed cast of NPCs with their own personalities, dialogue trees, and secretive backstories. Leveling up quickly is simple: pick someone, lure them into a dark alley, and feed.

While killing is easy, Vampyr has several tricks that make the choice itself difficult. To maximize the XP output before feeding, Reid must uncover all secrets from a citizen’s backstory, revealing their virtues and sins. What you'll quickly discover is few citizens are purely good or evil. There are kind characters who make tragic mistakes (a nurse who blackmails clients to pay for medicine) and hostile characters with sympathetic goals (a gang enforcer trying to support his son). Some of the bigger meals are gated by a stat you need to raise to be able to mesmerise them and lure them away - this ensures you don’t pig out early on.

Vampyr may be a far cry from Dontnod’s Life is Strange, but the studio is absolutely on point when it comes to writing nuanced characters. This isn't a Dexter-esque vigilante game where you can track down killers to justify your bloodlust. Choosing to feed means murdering a character who is sympathetic in some way, and would probably be missed within their social circle. Picking a specific citizen probably says more about you as a player than it does about the intended victim. At the same time… you’ve gotta eat. What do you do? 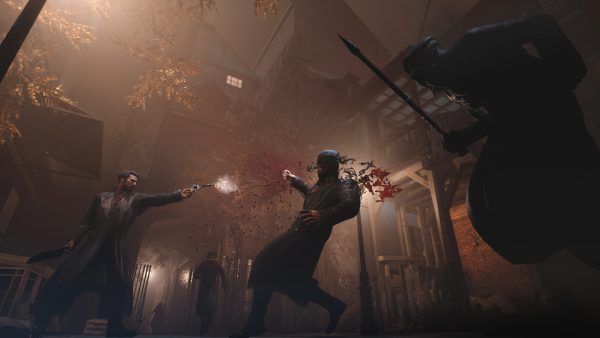 If you can’t bring yourself to care about Vampyr’s characters, there are mechanical reasons to avoid an outright killing spree. Each district has a health score influenced by the number of surviving citizens, and which citizens suffer some kind of disease. As a doctor, Reid can craft medicines to keep the rating high (and maximize XP rewards when feeding). But if you consume too many citizens or let diseases spread, you risk losing the district to monsters. If that happens, citizens will randomly disappear from the game, ending side quests and taking precious XP with them. Hell, if a certain citizen has an affinity with another, they may disappear when you feed on their friend/lover/family member anyway.

Vampyr constantly encourages you find a path between protector and predator, but lets you decide how to strike that balance. You might start out roleplaying as a good doctor, learning about your citizens and providing medicine that keeps the district safe. Eventually you’ll hit a tough boss fight and wonder, “Would anyone really miss that widow who lost her entire family?” Alternatively, you could pick one district to protect while treating another as your personal feeding ground, which is certainly valid, but the game will have a few curveballs that make you second-guess yourself along the way.

A pacifist run of sorts is still possible, of course - it will just be extremely difficult and you will be denying yourself some of the coolest powers. Floor tentacles, for the win.

Refusing to kill means you must play close attention to Vampyr’s combat mechanics. Ordinary minion attacks deal increasingly high damage. Boss fights will be epic, Dark Souls-style battles where you are hyper-aware of attack patterns and vulnerabilities. You’ll need to take full advantage of crafting tables to upgrade weapons or synthesize health serums. It’s incredibly difficult, but with patience and well-timed strikes almost any opponent can be defeated. Then, after a moment of satisfaction, you’ll have to do it all over again. 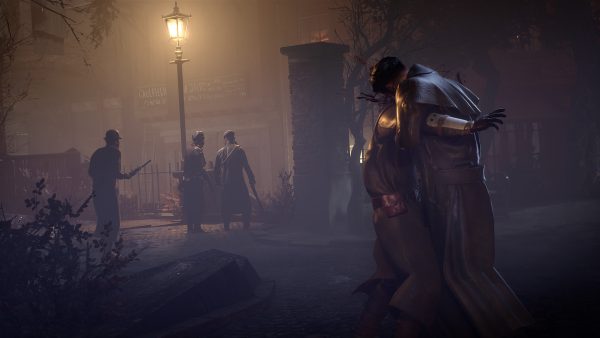 During one game chapter, I earned 3,000 XP by painstakingly working my way through multiple quests and story beats. At the end of the chapter, a prominent citizen surrendered himself to my mercy. Feeding on him would have rewarded another 6,000 XP, but heavily damaged the district. I refused, only to face an outrageously difficult opponent who was ten power levels above me shortly afterwards.

This isn't like BioShock, where players were equally rewarded for killing and sparing Little Sisters. Making the compassionate choice in Vampyr always means you will suffer later on. And when you die and regenerate, Vampyr’s loading screen reminds you to feed on someone if the game is too hard.

It's insidious. It's monstrous. I love it.

Most of Vampyr’s other game mechanics are fairly basic by comparison. London is technically an open world, but a limited one, filled with narrow streets and hidden crannies. The game’s controls are quite clunky, which becomes evident any time more than two enemies are thrown at you.

And yet, Vampyr is so committed to its themes that these limited designs are elevated into something special. Yes, the open world is small, but it is mechanically intoxicating. A quick exploration of any neighborhood will uncover wartime posters, evidence of spreading disease, and perhaps a hidden murder scene. Meanwhile, the rough-around-the-edges combat heightens the difficulty and encourages players to never ignore their surroundings.

Vampyr does have some flaws, but they tend to be relatively small and forgivable - the kind that happen when a dev succeeds at an ambitious goal but overlooks small details. Certain dialogue sequences drag on for longer than they probably needed to - it is more talkative than an elderly person at a bus stop - and the campaign often jumps between letting you make significant story choices in one mission to taking those decisions out of your hands for another. A romantic subplot arrives completely out of the blue, mostly as a heavy-handed setup to care about a specific character. (A dark vampire romance actually could have been interesting, but Vampyr is not Mass Effect on this front.)

There are also regular bugs and design flaws. Some are quite charming, like when an enemy clipped through a wall, got stuck, and resorted to insults. Some issues were confusing, like how a hidden path let me bypass a scripted sequence that characters kept referencing in dialogue. (The sequence triggered when I was backtracking later on.)

All the same, Vampyr is a remarkable game that gives me genuine hope for the future of single-player RPGs. What it lacks in polish, it makes up for in ambition.