Streets of Rage 4 is damn good. But you know what's better? Playing it with arcade controls.

Brawlers aren't possible in the modern age, they said. They're too boring, too simple. Yeah, Golden Axe is great, but remember how shit that modern revival was? It just doesn't work. And Final Fight - love it - but the only way you're gonna be able to play as those characters in 2020 is inside Street Fighter. 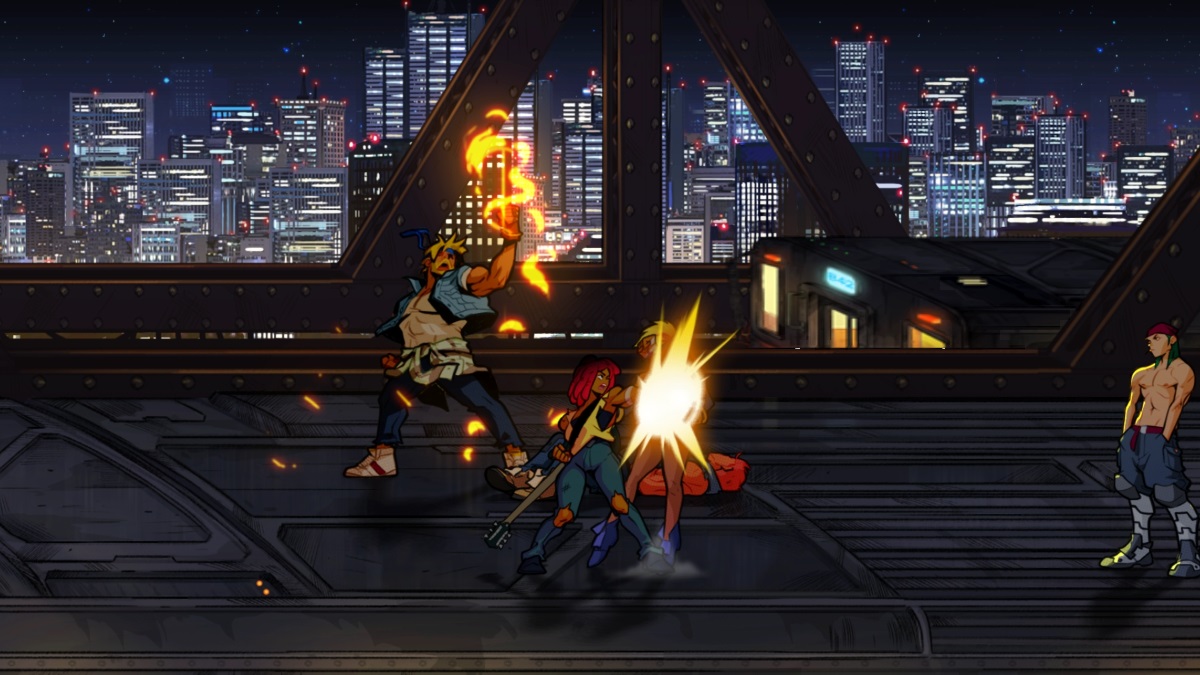 But, nah. Streets of Rage 4. It happened. It works. It wasn't even Sega that had the stones to do it in the end - instead smaller publisher Dotemu borrowed the IP and teamed up with indie studios Guard Crush Games and Lizardcube. It's Sonic Mania all over again - fans who burned the flickering neon streets of the original Bare Knuckle trilogy on Mega Drive into their retinas are finally able to wield that knowledge for good. The result, like with Sonic Mania, is ridiculously excellent. To someone who grew up in the nineties, it's practically a tonic for the soul.

I want to be clear. Streets of Rage 4 is absolutely amazing no matter how you play it. It has an energy and heart about it that makes the 2D brawling beat-em-up action shine. In many ways it is a game that is more than the sum of its parts, where it gets away with being a simpler, more retro-styled experience by virtue of just feeling good. The music pumps, the visuals shine, and you feel like an absolute godly bad ass. But it can feel better.

You see, Streets of Rage 4 has a combo system that actually begins to resemble fighting games. Don't take my word for it - just look at the combo video in this embedded tweet. It's disgusting.

Streets of Rage 4 combo system is so fun to explore, here a Blaze Day one corner combo.

The natural conclusion from the addition of this sort of rich combo potential to the series is obvious: Streets of Rage 4 can be even better if played on an arcade stick.

While the classic trilogy was designed first and foremost for Sega's Mega Drive/Genesis hardware, an arcade lineage that makes this make sense does exist: the first two games got arcade releases on Sega's Mega Play technology with a bumped-up difficulty level.

I ended up playing Streets of Rage 4 this way by chance and force of habit. A couple of years ago I was bored in the spring. The rain didn't seem like it was ever going to stop, so I was trapped indoors. I had a stack of old PC parts sitting around collecting dust, and some raw materials left over from home renovations. So I set myself a target: build an arcade machine. It was one of the best things I've ever done with free time, and I've long considered writing a primer on doing such a build for VG247. (Would you read one?)

Inside the machine is a Windows PC for pixel perfect emulation of older arcade machines, but also a machine with enough power to run modern games. A fancy open-source UI from smarter people than I in the home arcade community makes browsing from game to game a seamless experience in a less painful front-end than on the current consoles. It's honestly my favourite gaming device in the house, even if it is very specific in its uses.

The truth is the machine is mostly used for old games - drunken games of NFL Blitz when friends are over, a stress-relieving round of Time Crisis or House of the Dead 2 - but the modern stuff is a nice bonus. So anything arcadey I pick up on this machine's dedicated Steam account. Mortal Kombat, Street Fighter - and Streets of Rage 4 was a natural step. 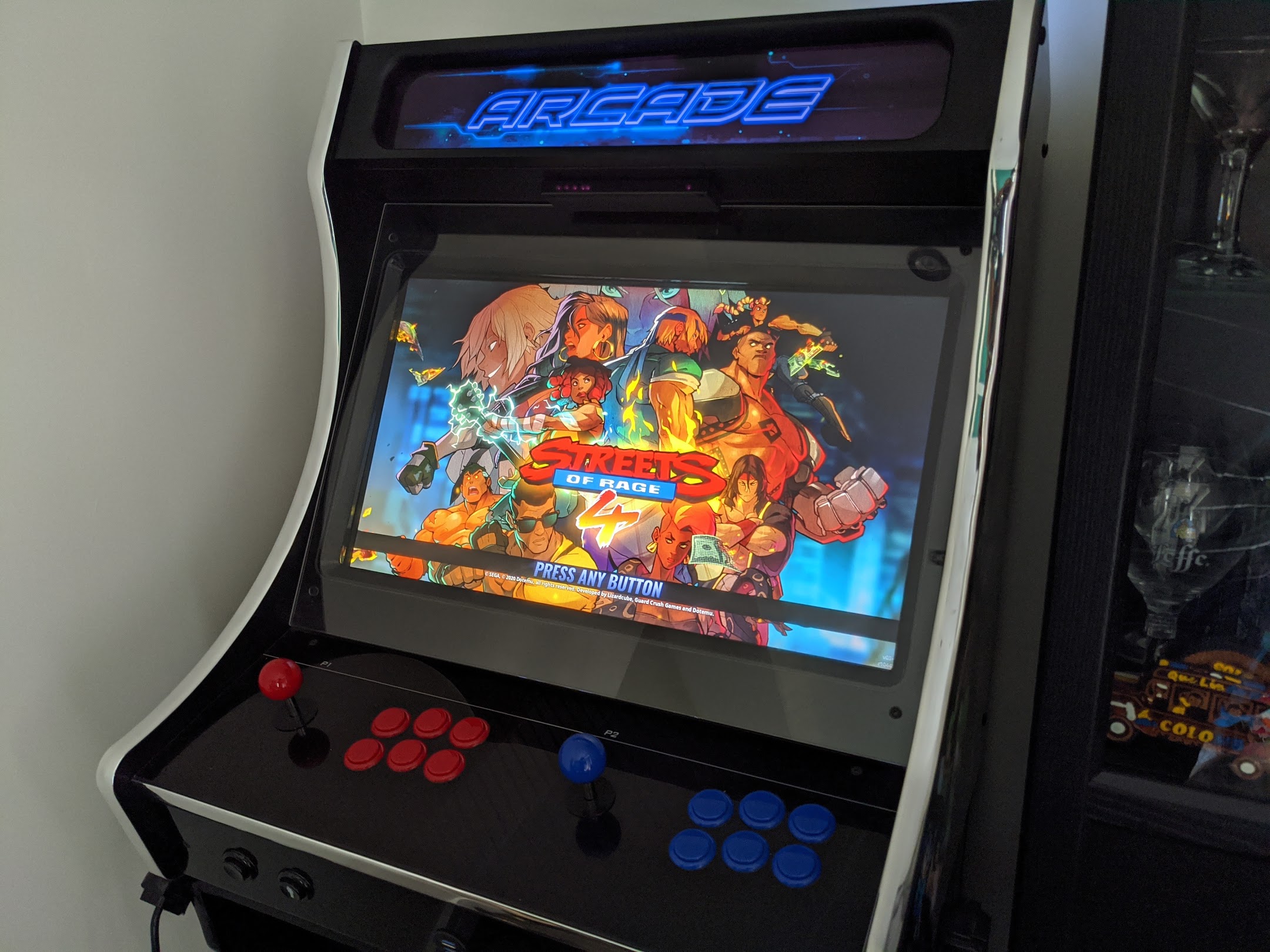 I don't think I'd have thought of plugging an arcade stick in to play Streets of Rage 4 without the arcade cabinet acting as something of an incentive, but I'm glad I discovered how it feels to bash out combos on those big ol' Sanwa Denshi buttons as if the game is part Marvel Vs. Capcom.

SOR4 is plenty good on a normal controller and perhaps has a sweet authenticity on a Mega Drive or Saturn throwback controller, there is just something biblical about smashing massive buttons and seeing cool things happen. In many ways having a great, heavy slab of an oversized control method seems to exaggerate everything that makes Streets of Rage 4 so balls-to-the-wall brilliant.

In a way to me it's video games drawn back to their most simple and primitive. This brawler is by no means a game that requires the great, tight execution of fighting games - but sometimes a certain input method just feels right. It's like that first moment you played an arcade light gun game with a proper, heavy, rattly-clacky recoil - it's impossible to go back to a static, feedback-free gun after that.

Anyway. Streets of Rage 4 is bloody amazing. If you've got an arcade stick, get it out for this game. If you haven't, consider perusing our (admittedly out of date) arcade stick buyers guide. Or if you're as crazy as me, consider building a full arcade cabinet. Some of these options are more extreme than others - but for a thrilling 90s throwback, they're well, well worth it.