Pre-order RAGE, and you'll be automatically upgraded to the Anarchy edition, which contains four exclusive items.

The Anarchy edition will be available with pre-orders from major retailers throughout Australia and New Zealand and features the following:

I've asked Bethesda PR to confirm if this edition is exclusive to the Antipodes, or whether you'll be able to nab it in Europe and States-side.

RAGE is due on PC, PlayStation 3 and Xbox 360 in mid-September. 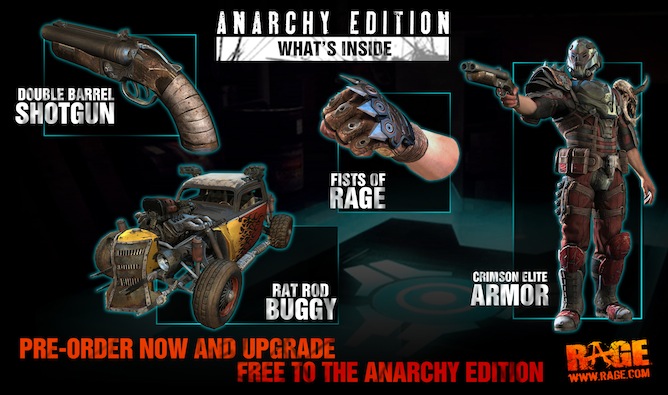