The first monthly PlayStation Plus games for 2018 will be available for download today.

The lineup this time features Deus Ex: Mankind Divided and Telltale Batman for PS4, along with Sacred 3 and The Book of Unwritten Tales 2 for PS3, and Psycho-Pass: Mandatory Happiness and Uncanny Valley for Vita (the latter of which is cross-buy with PS4).

There’ll also be a new PS Plus booster pack for Warframe after it’s big Plains of Eidolon update, which includes some in-game currency, a weapon, skin and a mod pack.

PS Plus subscribers can also add PSVR shooter Starblood Arena to their library from January 2 as well. 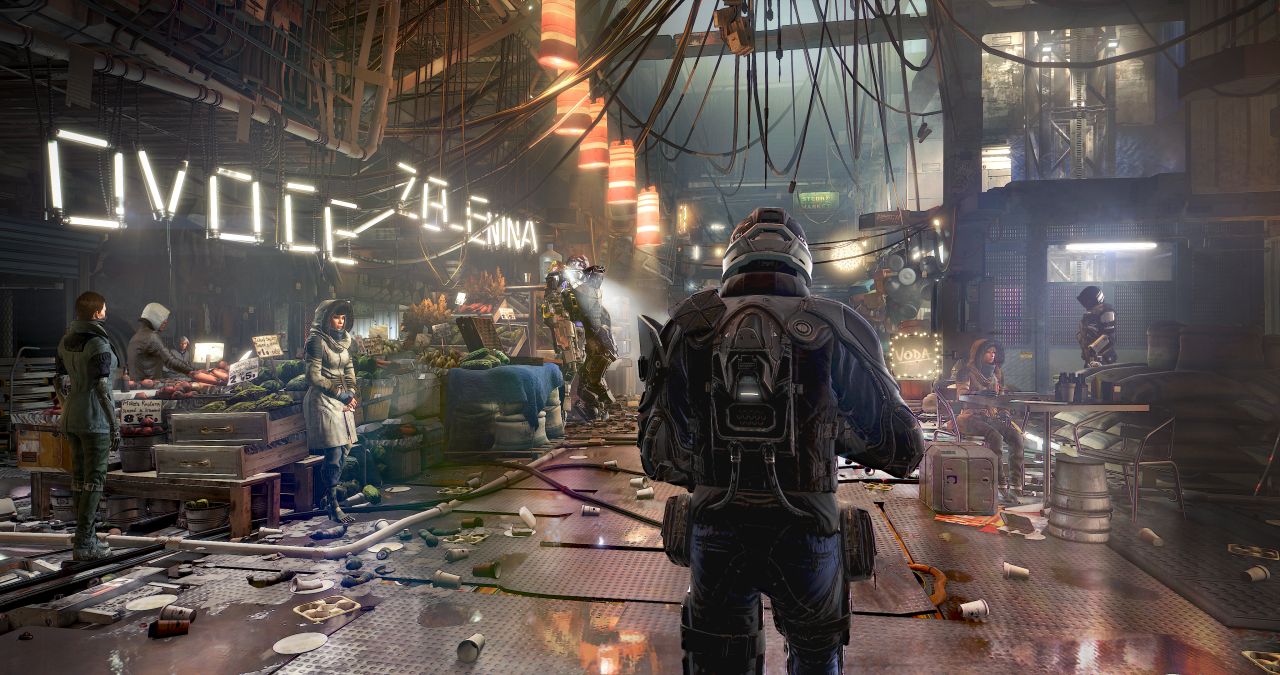 Deus Ex: Mankind Divided reviewed strongly when it came out in the summer of 2016, and we thought it was good too, calling it “a great action-RPG”, and “bloody good stuff” in our review. Despite this though, sales were generally underwhelming, leading the series to be put on hold by publisher Square-Enix. However, in November Square Enix CEO Yosuke Matsuda stated that it’d only been pushed back in Eidos Montreal’s development calendar while they work on a - potentially more lucrative - Marvel comics licensed game.

Regardless of the behind-the-scenes, Mankind Divided gives you real choice in how you want to tackle missions, expertly blending action and stealth in an interestingly realised dystopian cyberpunk world. It’s well worth a look if you missed it the first time around.

Batman: The Telltale Series is another good addition to the catalogue, bringing Telltale Games’ tried-and-tested narrative formula to Gotham. You play as both Batman and Bruce Wayne in a variety of the comic’s most well-known locations, like the Batcave and Arkham Asylum, facing off against some of his most deadly enemies in a new mystery unrelated to any other Batman canon.

Batman: The Enemy Within kicked off season two of the Telltale series in August 2017, but from PlayStation Plus you get all five episodes in the game’s first season.

A visual novel based on an anime of the same name, Psycho-Pass: Mandatory Happiness is a bit like Minority Report, set in a future where people can be arrested for crimes they’re yet to commit. It’s a really solid experience, and oozes the style that you’d expect from Japanese sci-fi anime.

The last game coming for current systems is Uncanny Valley, a 2D survival horror which tries to make your actions meaningful through its inventive “consequence system”. A bad slip might leave you with a broken bone that impairs movement or your use of weapons, thus changing how you have to approach certain situations. You take the role of Tom, a security guard working the night shift in an abandoned facility, uncovering its dark past as you explore across multiple playthroughs.

All games will be available to download until the start of February (usually the first Tuesday of the month), except for Starblood Arena, which you can grab until March 6 2018.