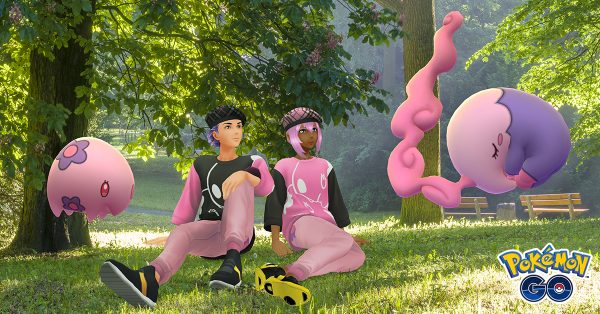 During this time, Munna and Musharna will be making their debut in the game. Munna will be appearing in the wild, and you can use the Unova Stone to evolve it into Musharna.

Appearing more often in the wild will be both male and female versions of  Nidoran, and Plusle, Minun, Volbeat, Illumise, Luvdisc,  and more are expected.  If you’re lucky, you might encounter a Feebas.

If you evolve Kirlia during the event you will get a  Gardevoir or a Gallade that knows Synchronoise. And the following Pokemon will be hatching from 5km eggs:  Eevee, Cleffa, Igglybuff, Togepi, Luvdisc, Munna, Woobat, and Cottonee.

You can also expect the following Pokemon to be appearing in raids:

If you complete event-exclusive Field Research, you will encounter creatures such as Ralts, Volbeat, Illumise, Spinda with a heart pattern, and Alomomola, as well as earn other rewards.

During the event, you can pick up a free one-time bundle in the shop featuring three Remote Raid Passes. Plus, event-exclusive stickers will be available from Gifts.  There will also be new Munna-inspired avatar items available in the shop during and after the event.