No matter how good or bad your first planet ends up being in No Man's Sky, everyone must finally move on. Unless you're this person, who's pretty much maxed out everything he can just from playing on the starter planet. 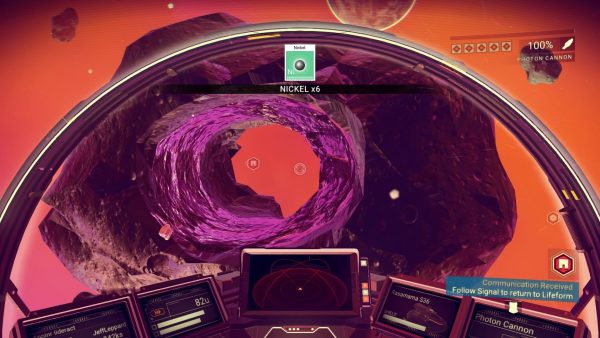 No Man's Sky procedurally generates almost everything in it. That means the starting planets are different for each player. This has other effects, too, like planet atmosphere, natural hazards, available resources and more.

The thing most people do after a couple of hours of play is to leave their starter planets looking for better, or even different planets and moons, in the hopes that they're going to find what they're looking for.

Not Reddit user DoktorFeelgood, though, who managed to attain max inventory slot for his exosuit, multi-tool, and starship, all without visiting any other planets. It took him over 25 hours and, as you can see in the shots below, he reached 48 ship slots, 48 exosuit slots, and 24 multi-tool slots.

His home planet wasn't that pleasant to be in, either, he notes it was 24/7 acid rain. After some time, he even manged to get a blueprint for an Atlas Pass, one of the game's most coveted items.

How did he do this? According his comments, he managed to get around resource limitations on the planet by vising trading posts and using the trade network. His home planet did have gold, however, which he used to earn units (in-game money) and fund his other ventures.

As for exosuit and ship upgrades, DoktorFeelgood searched all over the planet for crashed ships and distress beacons. He also managed to locate many drop pods, hence the exosuit upgrades. I dread to think how many transmission towers it took him to get there.

It's all pretty amazing that it's possible, and that someone actually had the patience to do it. You can read more at the links above.