With Nioh 2, it feels like Team Ninja was offended that anyone completed the last game.

In the barrage of rock-hard Japanese action games that followed Dark Souls, Nioh always felt like the accessible cousin. There were lots of paths to choose from, but all of them were fun and viable. There were difficult techniques and mechanics you had to master, sure, but you were eased in with a front-and-centre story, a main character who actually had a name, and some fun times running around the Tower of London dressing up in a top hat.

Nioh 2 at least has a decent optional tutorial - but you’re on your own from there. No dress up time, just punishing battles from the off.

Here are a few basic Nioh 2 tips to help you in the first hours of combat. While there’s definitely a steep learning curve with Nioh’s fundamentals, its combat system soon fills out into a feast of responsive action with tons of options at your disposal. 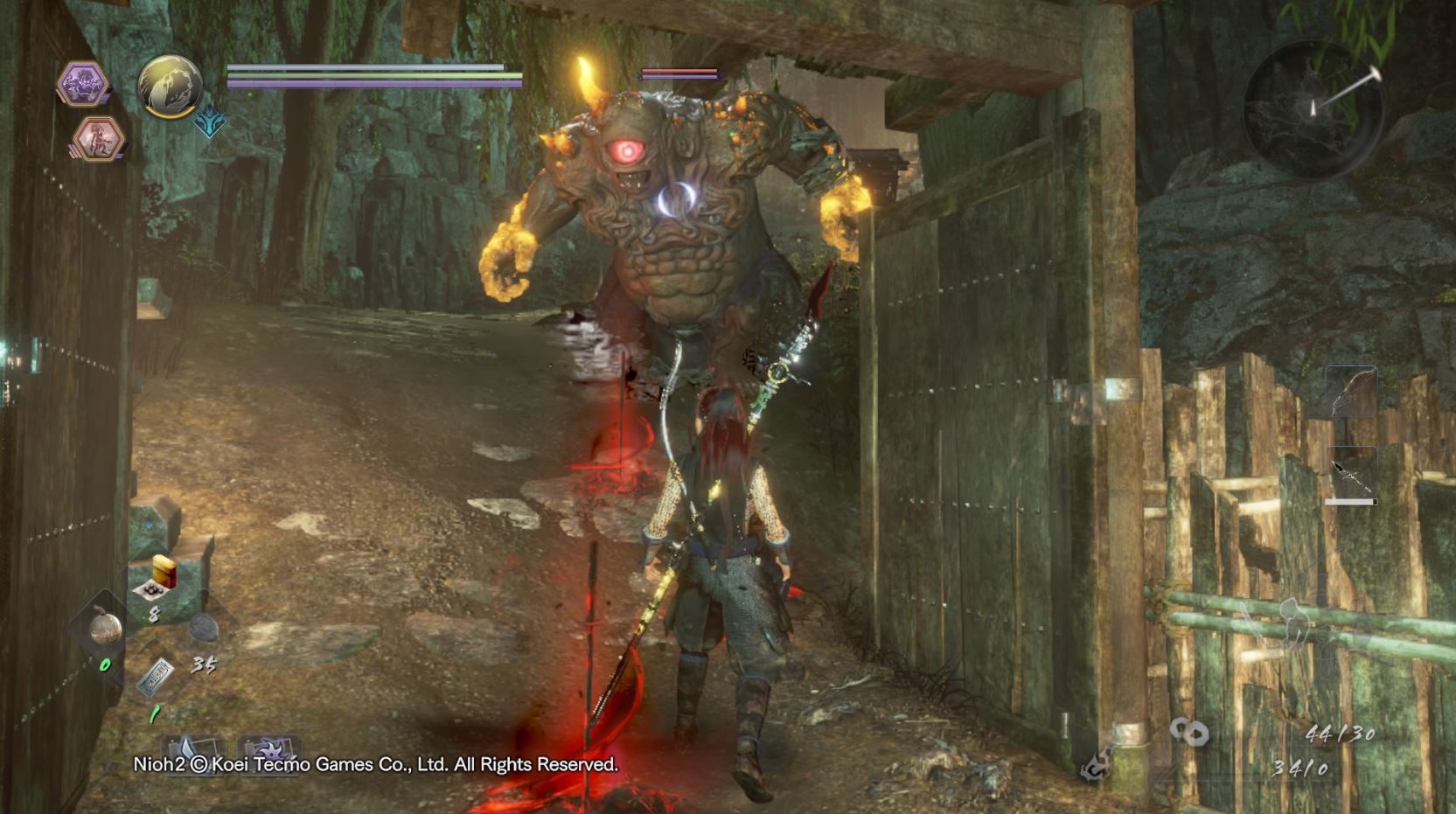 Learn how to Ki Pulse and how to do Purification

This might seem like a no-brainer, but in some games it’s possible to brute force your way through without fully getting to grips with more advanced mechanics. Nioh 2 is not one of those games.

In Nioh, a Ki Pulse is a timed button press which speeds up the recovery rate of your Ki - which is basically your stamina bar.

You might be able to limp through a couple of the opening encounters, but if you don’t get the hang of the Ki Pulse, then as soon as you get taken to the Dark Yokai Realm, then you’re in for a bad time. Here, your Ki recovery is harshly penalised, so with a Ki Pulse to keep your stamina topped up, you will just run out, get staggered, and ultimately be killed with impunity.

To perform a Ki Pulse, you need to press R1 when blue orbs encircle your character’s body after an attack. To perform it perfectly, you need to wait about one second until after your attack and the orbs flash and create a tighter circle. Pressing too soon will result in less Ki regeneration.

There’s an audio cue to help you know when to press - it should like a sword clash after the whooshing sound of the orbs getting into position. Hitting R1 then will perform a perfect Ki Pulse.

Purification is where you perform a Ki Pulse in a Yokai created puddle of darkness. This removes the puddle, stopping it from slowing your Ki regeneration.

To perform a Purification, you don’t need to do a perfect Ki Pulse - any will do.

You can block more than you think

On the subject of Ki, it’s not just used for attacks but defence as well.

While dodging is an important tool in your arsenal, many of the attacks slung at you by even the toughest Yokai can be blocked by your weapon.

For example, the Enki Yokai has an attack where it climbs up on its spear and throws it at you. You can block this spear throw and position yourself in close for a counter-attack, rather than dodging backwards.

Aside from Burst Counters, which are the attacks that flash red and you counter with your Yokai Shift, the only attacks you can’t block are when enemies flash black-and-white when they go for you.

The black-and-white fuzz is usually localised to what they’re using to attack you, like a hand or a spear. Dodge backwards away from these, but try blocking more to position yourself better to return fire.

Long combos from big enemies will break through your guard with multiple hits, so don’t just stand there and hope for the best, but you’re more than capable of taking one or two hits with most weapons.

Even the odds with ranged attacks

Like many games in this genre, because of the way the lock-on and camera works, taking on more than one enemy at a time is more than likely going to end very badly for you.

To help with this though, you often have quite a large grace period before an enemy aggros onto you. You’ll likely see them before they spot you, so there’s plenty of time to pick out a headshot or two.

Headshots are super powerful, and thin out grunts so you can focus on the real tests.

Use them to your advantage rather than wading into a world of hurt.

Stock up on Elixirs from the Kodama Bazaar

Every time you respawn or pray at a Kodama Shrine, you’ll get a base ration of three Elixirs. In some games, you have to hunt down permanent buffs to your healing items, but in Nioh 2 you can just buy them whenever you like.

You can hold up to 8 Elixir at a time - and later 9 with upgrades - so stock up at the Kodama Bazaar for tough fights.

Go to the “Make Offering” menu item at a shrine, then select Kodama Bazaar at the bottom.

You need Divine Rice to swap with the Kodama, but it’s easy to stockpile. I usually offer up all of my useless junk weapons and armour that are white or yellow rarity to the Kodama - saving blue and purple to deconstruct at the blacksmith.

This way the war of attrition against the Yokai is tilted slightly more in your favour.

While your starting weapon in Nioh 2 is important, and can define your entire playthrough; don’t feel totally obliged to doggedly stick to it if things aren’t working, or if your current situation would suit something else better.

For instance, the first hard stop to players’ progress I can see happening is the first fight with an Enki. This takes place in a confined space, which might be difficult to work with if you’ve chosen an axe or spear.

Look to see if a different type of weapon has secondary scaling for your main stats. For example if your Spear isn’t working, try getting in close with Dual Hatchets.

For some tips on how to build out your Nioh 2 character, check out our guides on Nioh 2's best weapons (and which one you should start with).

We also have a page on the best skills we've used in Nioh 2, and how to make the most out of Yokai Soul Cores with your starting Guardian Spirit.