In Nioh 2, your Guardian Spirit not only imbues you with powerful abilities but protects your grave when you die.

You meet quite a few Guardian Spirits throughout your journey through Nioh 2, and each have their own special effects and characteristics - from your very first choice, to the most powerful in the game.

Which starting Guardian Spirit should you choose in Nioh 2?

Personally, I used my basic Guardian Spirit throughout my entire first run-through of the game.

However, right at the beginning the choice you’re making is less about the specific abilities of each Guardian Spirit, but which Yokai Shift form you want to take on. 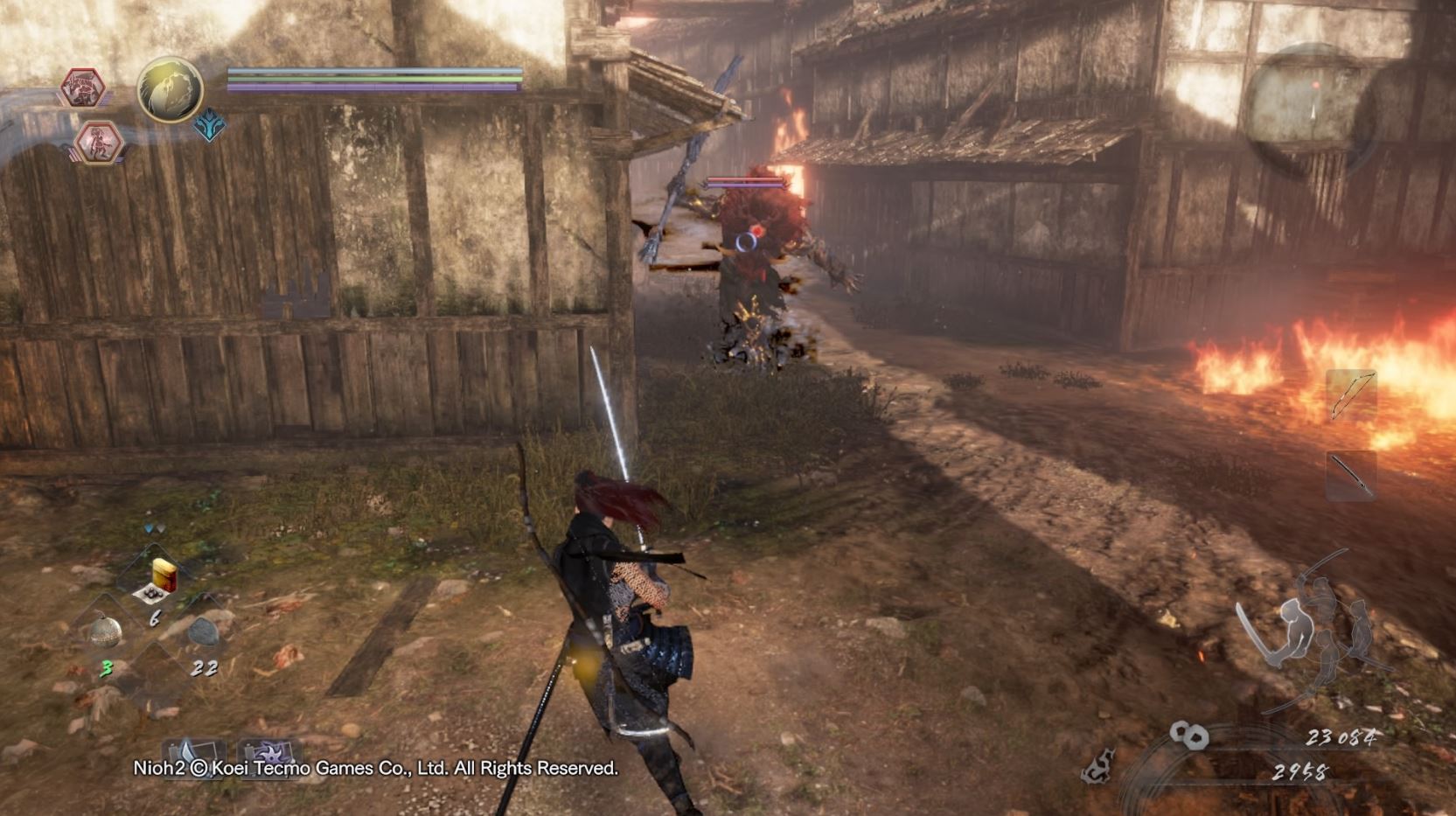 This is an important decision, because it dictates which type of Burst Counter you can use in combat.

The Brute form is red. This Yokai Shift attacks powerfully and can’t be staggered. To Burst Counter, they need to hit an enemy with their special attack before they start theirs.

This is the form to choose if you like fighting in close, because otherwise you’ll struggle to rush in and Burst Counter effectively.

The Feral form is blue. This Yokai Shift is the best at spamming fast attacks, and is the one that I’ve used for my main. To Burst Counter, you need to dodge towards the enemy and if they hit you with their attack within a certain window, will be staggered. I personally like this one because the dodge has utility outside of Burst Counters and allows for quick positioning.

The Phantom is purple. This Yokai for attacks at medium range and triggers a static block to Burst Counter. The Phantom has the special ability to throw their weapon at an enemy to reposition themselves right next to them, which is very powerful mobility.

Whichever you choose, you’re not stuck with it for the entire game, but you should probably have a play with each and get comfortable with the one you like the most before making your decision.

For more on building your starting character, here's our list of the best weapons (as well as which you should start with) in Nioh 2.

To use a Soul Core you pick up, you need to take it back to a Shrine to purify it. If you die while holding one, you will lose that Soul Core unless you can make it back to your grave or use a Summoner’s Candle.

Guardian Spirits give you an attack and defence bonus based on which Soul Cores are attuned to them. This bonus is calculated using the value of the Soul Core multiplied by the Guardian Spirit’s multiplier. 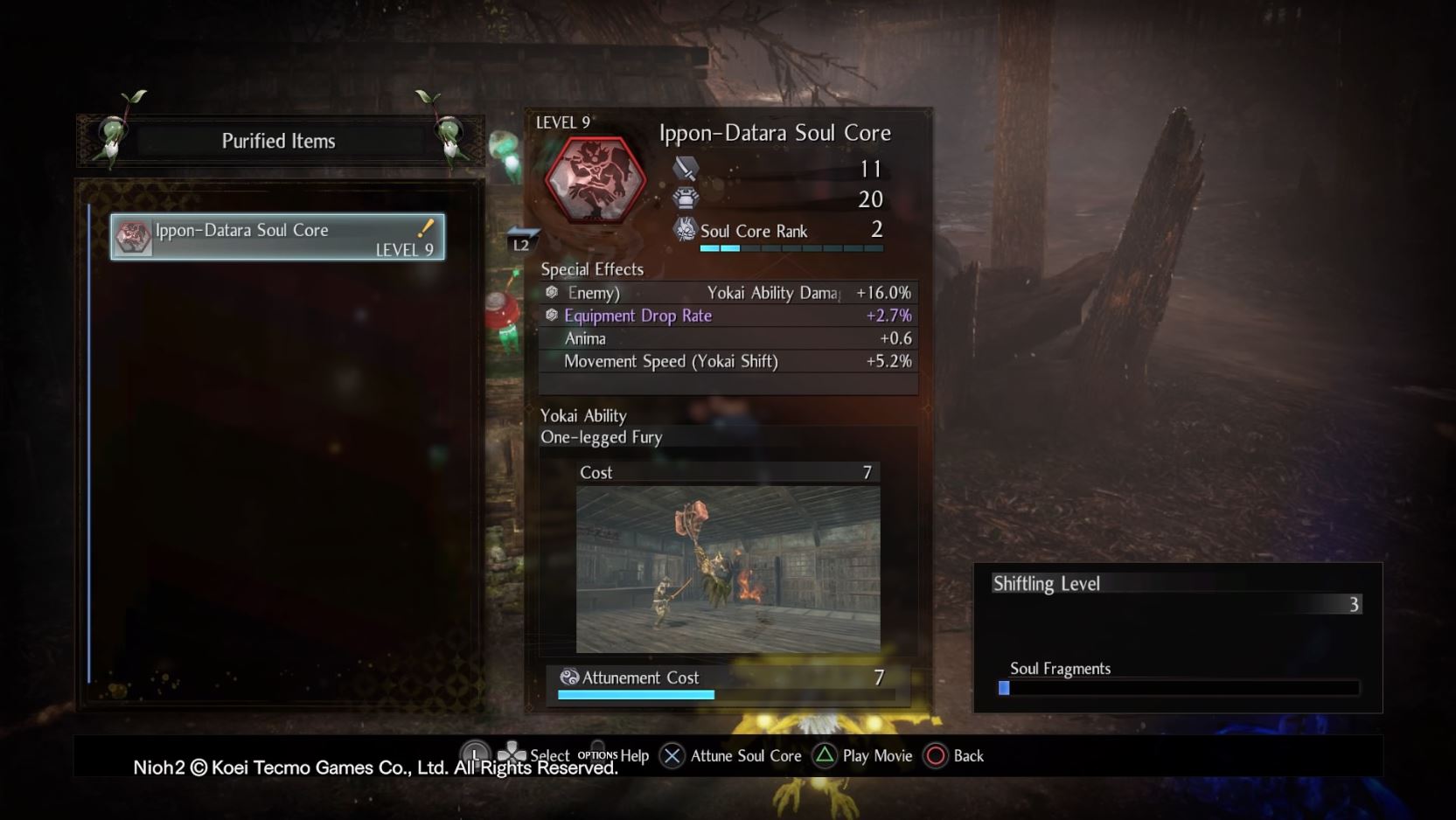 Each Soul Core gives your character a number of special effects, ranging from buffs to your attack stat to the Kodama Sensor ability which shows you where collectible Kodama are hidden on your mini-map.

The main event of Soul Cores though are the Yokai Abilities they give you. These are very powerful attacks used by Yokai enemies to pulverise you into the ground, but with Soul Cores, you can use them yourself.

Yokai Abilities require Anima, which is the purple gauge under your Ki, to use. How much of this gauge is used by a Yokai Ability is determined by its “cost”.

To make the most out of Soul Cores you need to play around to find your favourite Yokai attacks, and balance that against the Special Effects of a Soul Core.

To make the Special Effects of your favourite Soul Cores stronger, you can perform Soul Fusion.

Soul Fusion increase the power of a Soul Core by adding the Soul Core Rank of a sacrificed Soul Core onto a desired target. This makes all of its Special Effects better.

The sacrificed soul core can be a lower level than the desired target, but must be the same Yokai Shift type as it.

Mortal Soul Cores have the special ability to change the Yokai Shift type of other Soul Cores through Soul Fusion.

For example, you can change a Brute type Enki Soul Core to a Feral type with a Mortal Soul Core.

If you're interested in the more fantasy elements of Nioh 2, here's a page on how to get your first Ninja and Magic skill points, which also highlights some of the game's best skills.

For basic help with combat, we have a page with general tips - including how to pull off a perfect Ki Pulse - here.