Fans have embraced the Castlevania reboots and sales are strong, but Dave Cox and the team at Mercury Steam are ready to leave the Belmonts behind.

"You have to think about legacy. What sort of legacy do you want to leave? I’m proud of the games we’ve made but we’ve got other things we want to do. Other worlds we want to explore. Other stories we want to tell."

He produced Lords of Shadow, the best-selling game in the series's history - but he doesn't want to be known as Mr Castlevania.

He's currently overseeing the development of two Castlevania titles - but he doesn't want to be known as Mr Castlevania.

After Mirror of Fate and Lords of Shadow 2 are released, he says that he and his team are done with the franchise. So what's it all about for Dave Cox?

"Well, I think it's about wanting to leave a legacy," Cox said as he raised a glass, sitting across from me a few weeks ago in Los Angeles. "And I don't want to be in charge of a series that perhaps over a certain time is going to decline. I'd rather go out with a bang and leave that as our legacy in the Castlevania universe."

Directors like Cliff Bleszinski say that making more games in a successful franchise is just Business 101.  So, if Lords of Shadow 2 is even bigger than Lords of Shadow, how can Cox say that his team won't to do another?

"We'll somebody else can do that. I don't want to be known as Mr Castlevania, and we don't want the team to be known as the Castlevania team. Working in a creative industry, you've got other projects and other ideas you want to work on. And that's something that we and Mercury Steam want to do. We want to work on other projects. We've got other ideas.

"We've always felt that when we were given the Castlevania torch, so to speak, that it was never ours to keep. Luckily we got the chance to do our thing, but we were surprised by the success of our game and weren't sure that we were going to get the chance to do another one. That's why there's the epilogue in the first. However, now that we've got the chance to finish the story we really want to do it justice and do something really special.

"We kind of feel vindicated that the game did so well. It's the best-selling Castlevania game ever. So that for us is vindication that we did the right thing.

"If the game is sucessful I'm sure there will be pressure to do more, but the thing is, like I said, you have to think about legacy. What sort of legacy do you want to leave? I'm proud of the games we've made but we've got other things we want to do. Other worlds we want to explore. Other stories we want to tell.

What sort of other things?

Since being teased at E3 2011 we've heard nothing of Contra, but Cox says that he and the team at Mercury Steam are ready to pick up the franchise's torch after they've put down the one they currently carry.

"Like I said, I know there's going to be pressure on us to do another Castlevania game, but I don't want to rise to that pressure. I want to do something else. I love Contra. I'd love to do Contra. At Mercury Steam we've got an original idea that I think is really awesome. We'd love to bring that idea to market and I'm hoping that the success of Lords of Shadow 2 will allow us to do that."

As for what's become of the current Contra we saw teased at E3 2011? I can't say. My tape recorder mysteriously turned itself off and the copius amounts of alcohol I consumed with the boys and girls of Konami and Mercury Steam has seemingly clouded my memories. Shame, innit? 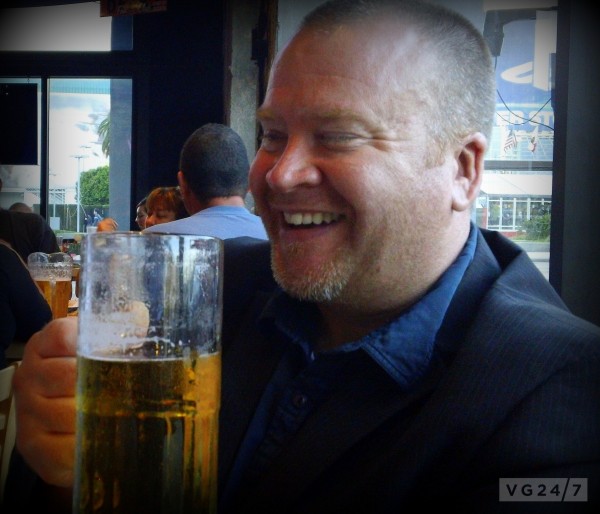