The Switch already has a game line-up that far outstretches its predecessor - and that means we're reaching that delightful bit of a console generation where Nintendo begins to branch out and experiment with some of its more esoteric franchises. With Mario, Zelda, Smash and the like out of the way and Animal Crossing and Fire Emblem coming, it's time for some less heavy hitters to shine: and in this sense Luigi's Mansion 3 is a perfect addition to the Switch library.

In a sense this feels like the first 'true' sequel to the original Luigi's Mansion, the game that bravely replaced a full-blown Mario adventure as a GameCube launch title. Though Luigi's Mansion 2: Dark Moon does of course exist, it felt like a more perfunctory sequel; as a 3DS game it seemed quite content to stick with the mechanics of the original, instead wowing players with some pretty lovely-looking glasses-free 3D and multiple mansions to explore. Right off the bat Luigi's Mansion 3 just feels like more: there's a sense of grandeur to being back on the big screen, but also this is a series that in some ways feels most at home in this setting.

Take the simple act of catching ghosts, for instance: having two analog sticks again makes it this dual stick affair - one stick to move Luigi through the fixed perspective environments and the other to aim his torch and vacuum. Immediately this feels more satisfying, and within a few minutes I'm falling back into the comfortable ebb and flow of Luigi's spooky adventures: blasting the flashlight at ghosts to stun them before sucking them up with the Poltergust vacuum machine, which is definitely legally distinct from a proton pack.

The basic systems of ghost-hunting and catching are similar to the original with a smattering of adjustments from Dark Moon and all-new mechanics for this game. These also include the satisfying but surprisingly violent ability to slam ghosts against the floor to wear down their health, and a special ability that works as a great 'get off me' - throwing the vaccuum into reverse to push anything nearby away. There's something very Nintendo about how perfectly the 'feel' of doing battle with and then catching a ghost sits. This is still the best ghost-busting game going, even over some official Ghostbusters attempts.

There's a couple of major changes in Luigi's Mansion 3, the most prominent of which is the introduction of Gooigi as a component of the single-player campaign. Gooigi began its creepy life as a tool for multiplayer in the previous entry, and here he's first used for co-op play: a second player can help to take down the ghosts this time, and when they join in they gain control of Gooigi. Gooigi is a sort of weird green slime that takes the form of Luigi that also takes on slightly different properties from the real deal. In single-player you can switch between Luigi and Gooigi, with the latter used to get past otherwise deadly obstacles like spike traps. 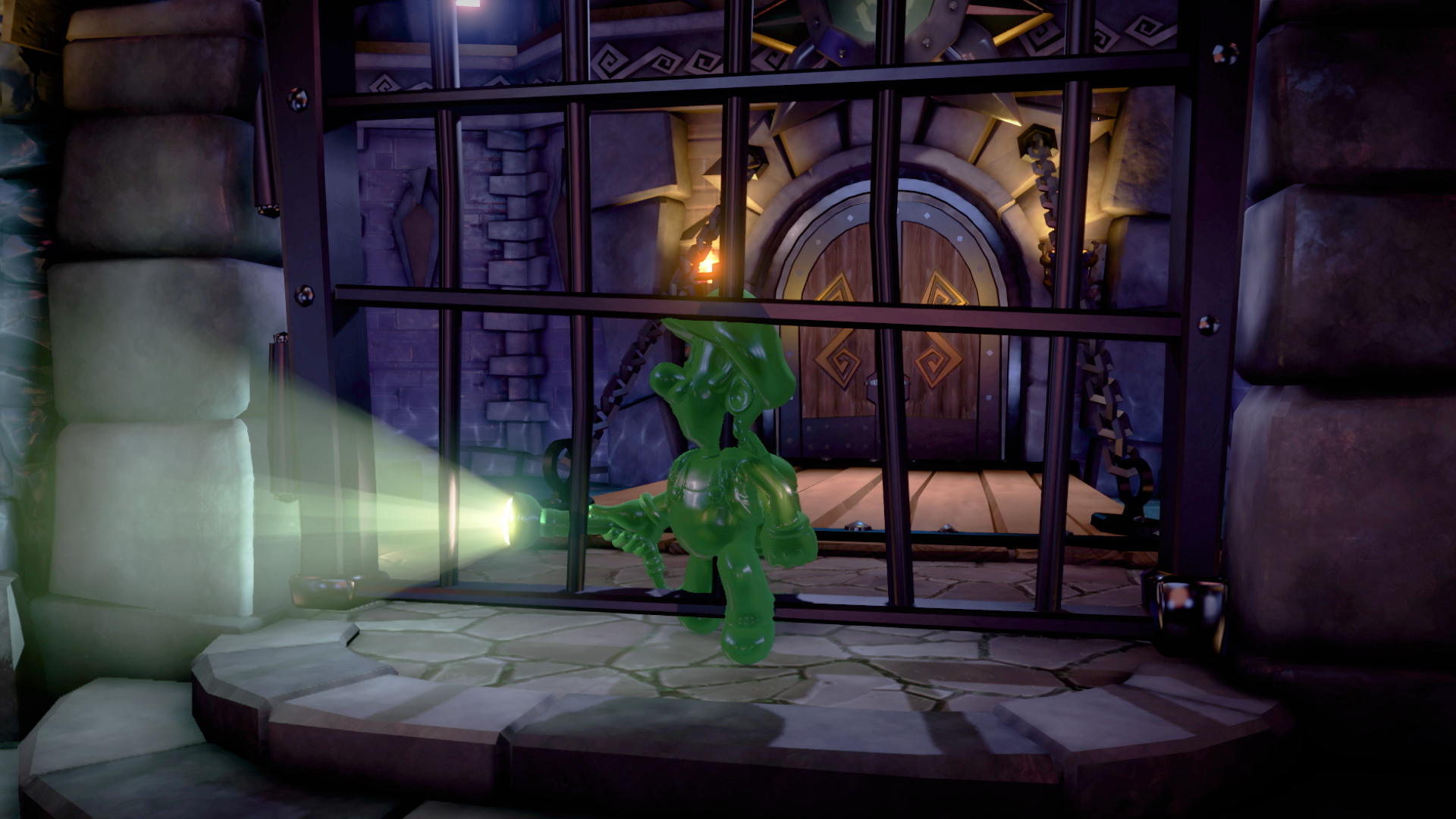 It seems pretty clear from the early level I played that the game will delight in setting out little brain teasers that take advantage of this. Luigi might be trapped in one location, but Gooigi can bypass some things in your way and interact with the environment in order to open up a safe path forward for Luigi proper. In co-op this'll involve communication, while in solo play a good player will presumably be constantly flicking back and forth between Luigi and Gooigi while also working to keep the former safe.

Once ghosts are cleared out of any given area it'll be time to explore, and the possibilities around exploration with Gooigi as a mechanic are significant and exciting. Seeing how these puzzles play out is actually one of the things I'm most excited about, since Luigi's Mansion's fixed-camera approach means that secrets and optional bonuses can be neatly hidden in plain sight.

The other big change this time around is the mansion itself - and that's because it isn't really a mansion at all. The introduction of the game sees Mario, Luigi, Peach and a bunch of indentured Toads arrive at a luxury high-rise hotel - though by the time we gain control in this truncated demo, Luigi is all alone and the hotel has been transformed into Luigi's own personal tower of terror. The concept is essentially that you'll work your way through the hotel floor-by-floor, with each floor a significantly-sized area that'll have a notable theme - so in the gameplay video posted here, for instance, you'll notice there's a distinct medieval vibe.

The themed levels immediately makes this game stand out when compared to its predecessors - and presumably other Mario series mainstay themes will also get the spooky treatment as Luigi works his way through every floor of the hotel, though Nintendo isn't talking about that just yet.

Anyway - it's good stuff. Luigi's Mansion games don't come around often - it's six years since Luigi's 3DS outing and that came twelve years after the series made its debut - so it's great to see Luigi back out of his brother's shadow - even if he is spending most of his time terrified or being partially split into a creepy, gooey doppelganger.

Luigi's Mansion 3 releases for the Switch at some point later this year, though a firm release date isn't yet known.