The fantasy genre is chock-full of games with endless fetch quests, bizarre pursuits of pseudo-historical accuracy and beautifully designed but painfully barren maps. Greedfall, on the other hand, takes these fantasy norms and boots them into the sea where they belong.

I saw a hands-off demo of Greedfall in Paris last week and also spoke with Spiders CEO and co-founder Jehanne Rousseau about the history, politics and language in Greedfall, because fantasy games are my jam.

Created by French studio Spiders - the team behind The Technomancer and Bound By Flame - Greedfall is the latest fantasy RPG in its catalogue. Inspired by colonial 18th century northern Europe, you play as one of many individuals fleeing your homeland, Serene, due to a devastating plague, the Malicor.

As you’re playing in the colonial era, it’s only natural that the inhabitants of this nation find a new island to call home on the aptly named New Serene, or as the natives call it, Teer Fradee.

The native islanders have their culture and language inspired by the Gauls and Celtic nations, such as Scotland and Ireland. Rousseau explained that they hired a linguist for the project to help create a language that was a bit of a mash-up of Flemish, Breton, Gaelic and Irish, so any polyglots out there might hear a few familiar phrases. 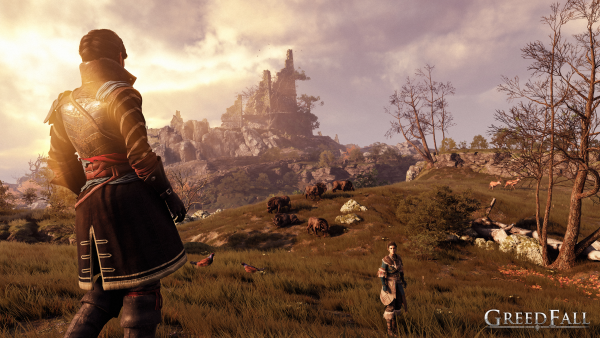 You can choose whether you want your character to be male or female and there’s a wealth of customisation options to make an accurate 18th-century version of yourself. The skills, attributes and talent trees allow for four or five different takes on the same quest.

At the preview, we see our hero attempt to rescue his cousin and the Governor of Teer Fradee, Constantine D’Orsay, who is being held in a tower after becoming a bit drunk and disorderly.

There are several ways we can go about rescuing him. If you have enough charisma, you can try and beguile the guards into setting him free. You could sneak your way in by either using a lockpick or stealing the key from the guard. There’s also the option to simply blow a hole in the wall and get him out that way, or you could just pay the man and be done with it.

The day and night cycle can influence which of these options is likely to be the most successful and it’s important to remember that, depending on how you want to build your character, not all of these options will be available.

Companions play a big role in Greedfall and there are five individuals you can recruit to your party, though you’ll only be able to take two with you at any given time. While you can’t command your companions to attack with specific moves in combat, you can equip them with different gear and set up scenarios to assist you. For example, if you manage to stun an enemy, this will act as an autocue for your companions to focus on that particular enemy. 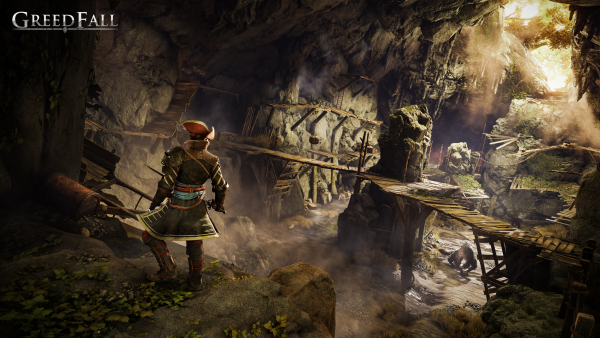 You can use the tactical pause as many times as you like in combat, allowing you to plan your attack using specific moves or items. You can also hotkey attacks and items if you prefer a more fluid combat experience. There’s a varied arsenal of potions, bombs, firearms and more you can equip your party with, or you could just talk your way out of almost every situation and avoid fighting at all.

In an age where many folk wail about wanting politics to be left out of games, Greedfall is steeped in conflict over territory, ancestry, colonialism and religion. The natives are fractured, torn between wanting to live by the old ways, warring factions, and a sect that is open to moving forward with the new settlers. You’ll be able to recruit a native islander, Siora, who is as adept a fighter as she is a linguist. Unlike many other games where everyone seems to be able to understand each other, you won’t be able to understand the native islanders unless Siora is in your party.

Then there’s the Inquisition who, both in-game and in real history, careered across Europe persecuting everyone in their path. They have come to “enlighten” the natives from their pagan ways, despite the ignorant ruling class from Serene wishing to peacefully cohabit the island.

Rousseau firmly remarked that the team behind Greedfall weren’t trying to make a game that is completely historically accurate, as we saw with Warhorse and Kingdom Come: Deliverance. Instead, the team wanted to take the most interesting and factual truths from Europe’s vast feudalistic history, humour and fashion, and incorporate it to make an immersive fantasy RPG experience.

Much like Fallout 4, party members will like or dislike various actions or acts of omission by your character. Greedfall takes this a bit further; if you piss off one of your companions for too long, say by bashing the natives in front of Siora, she’ll leave your party forever and become your enemy. 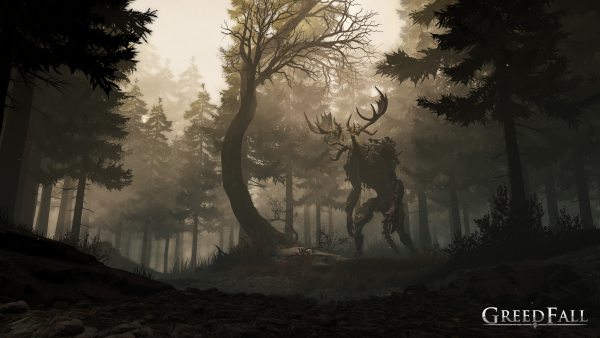 Greedfall begins with a lengthy prologue, sort of like a massive tutorial island. There are all sorts of quests to be getting on with and for the completionists out there, you’ll need to do every quest available first time around. You see, Greedfall isn’t a true open-world game - once you leave the Serene, you can never go back.

You’ll earn influence as you complete quests, similar to the system in Dragon Age: Inquisition, which will unlock new areas and quests as you go. While there are different villages and areas to visit, Teer Fradee is one island, so once you arrive you are quite limited on where you can go. That being said, Rousseau said that every area and character serves a purpose in Greedfall, so every quest and activity you do will contribute to the story.

It would be easy to compare Greedfall to the likes of fantasy RPG giants, but it seems to be distinctly its own thing. It takes the best elements of the genre such as branching dialogue, faction and combat mechanics and even romance options to create a 35-hour strong adventure that could rival any triple-A production.

While it remains to be seen whether it can plug the fantasy gap in the market, Greedfall is an ambitious endeavour by a development team comprising of around 40 people, though you would think it was developed by a much larger crew.