A release date and special edition of Fire Emblem Warriors for Switch has been announced for North America. As noted by the headline, it's the same edition revealed for Europe at gamescom 2017 last week.

Fire Emblem Warriors was first revealed back in January for a fall release, and it will release simultaneously on Nintendo handhelds in both regions.

The Fire Emblem Warriors special edition comes with the Switch game, plus three CDs with music from the game. It also includes character art cards on 5x7 inch premium card stock, and a slip case for the cards. 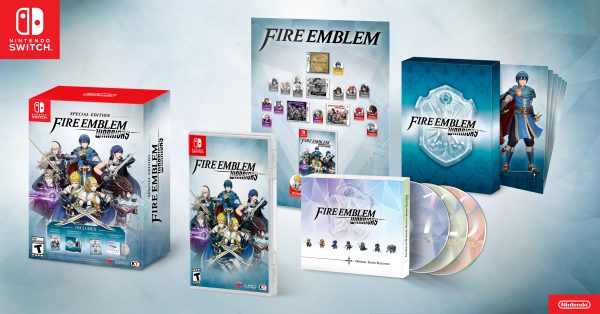 Also included is a dual-sided poster showing the Fire Emblem games the characters first appeared in, with one side in English and the other in Japanese.

The game releases in Japan on September 28.