Games aren't built to last. They certainly aren't expected to live for 15 years.

But EVE Online is still thriving, still very much a breathing universe with a heavily committed community. You don't play EVE Online. You are a citizen of it.

Developer CCP continues to grow the EVE universe, but it has also tried to branch out, most recently with a massive investment in virtual reality. That investment helped create a few moderately successful games, but it was never viable on a bigger scale. Only six months ago CCP threw in the towel, canning VR development and closing two studios.

Now CCP has gone back to its roots, and at EVE Fanfest 2018 has shown renewed commitment its virtual universe, to continue to create a harcore, high-end virtual world.

We sat down with CCP CEO Hilmar Veigar Pétursson to discuss the future direction of EVE Online, upcoming expansion Into the Abyss, its upcoming shooter Project Nova, mobile developments and why going free-to-play has changed CCP forever.

VG247: It's six months since you closed down VR development. What is the focus for EVE right now?

Hilmar Veigar Pétursson: We're mainly focusing on EVE, obviously. But we are also doing another PC game and have more PC concepts in the works. And we're also moving into mobile, with partners to begin with. We believe the mobile space is developing to a place where a game like we would make can have more of a voice. We've been looking particularly at Korea and China and the types of games that have been a success there, and they're getting to be quite hardcore.

Is that purely because of the advancements in mobile tech?

The tech is now there. And the consumer behaviour is adapting. Mobile games used to be something you intermixed in your life when you had time, when you were on the train, on the toilet, waiting for a meeting. Now we're seeing more and more people schedule their life around playing on mobile. And those are the kind of games we make. People put EVE gameplay in their calendar. 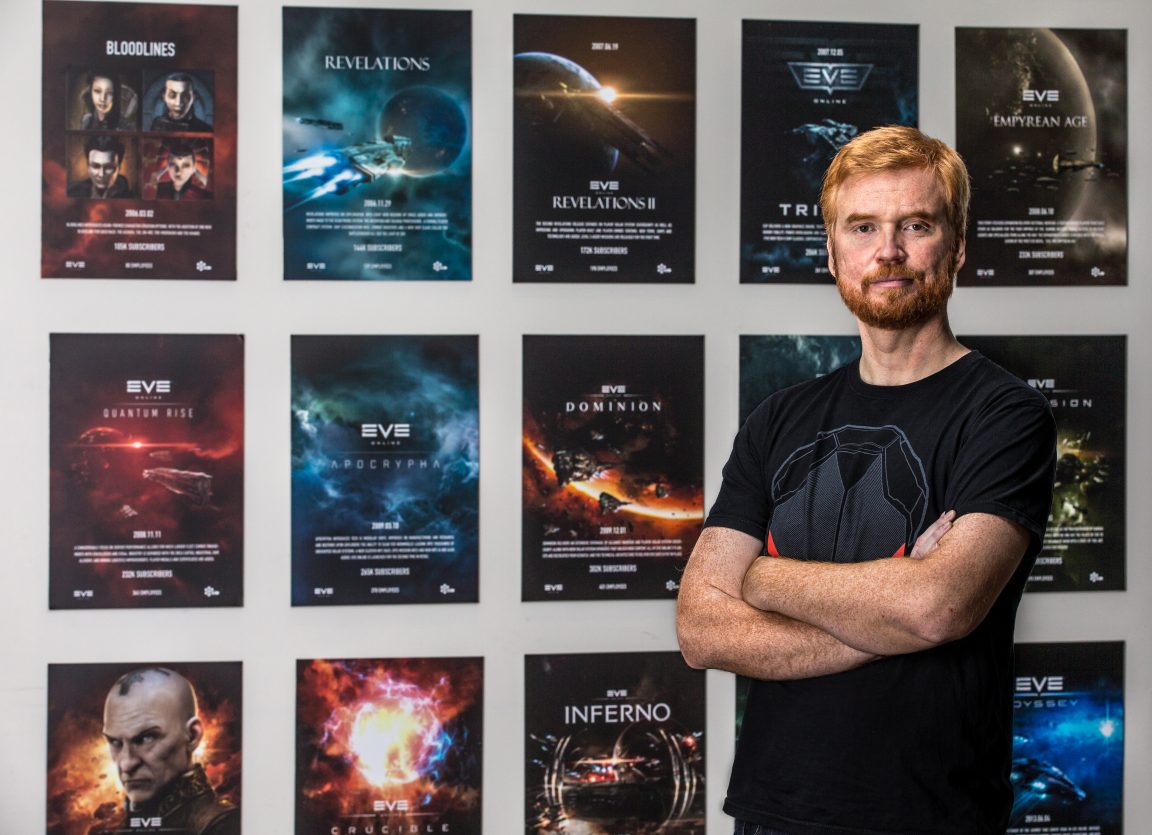 Are they the three pillars of CCP over the next 5 years or so? EVE Online, Project Nova and EVE: War of Ascension?

Yes. VR is still a thing and we're still supporting our VR games. We still think that's important although we're not doing new projects in VR. We're still believers of VR in the future.

I wonder if there really is a space for VR video game entertainment.

Yes, there is. There already is space it's just very small. It will grow in the coming years but it's going to take a long time before the size of games and team we operating can be successful again. It was viable to do this in the initial wave through a combination of excitement for VR and platform funding. That allowed us to do those games but we're not seeing a path to more VR right now.

Was that purely a scale thing for CCP?

Yes. As a small indie you can have moderate success in VR. And you can also have success if you're very lucky and have a top, top title. But you can't make a business plan around that. We achieved that in the first faze with Valkyrie and Sparc. They were top titles in their genre but it's hard to bank on that as a strategy, that your games are always going to be the best games in the genre.

Project Nova is a PC, first-person shooter. That's a very crowded space to enter. Is there room for another high-end FPS and can it be a success?

So it's still a long way off?

It's not a long way off until it will be first playable.

So we can expect a closed beta soon, then the process of open beta and release?

Absolutely. We will take it through various phases. 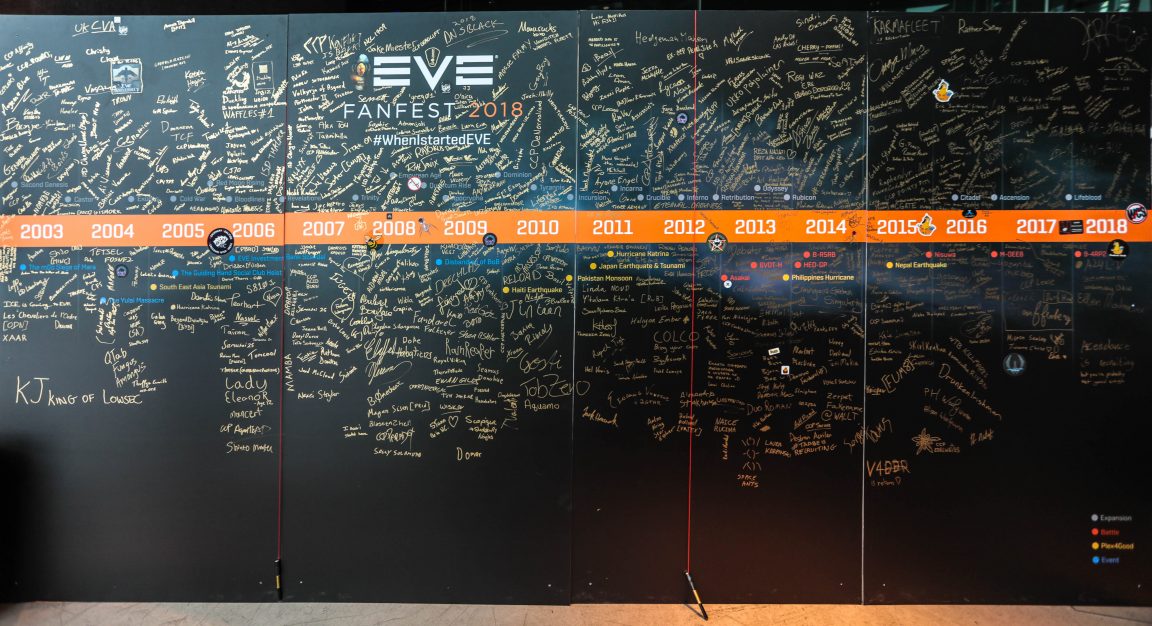 In your keynote at Fanfest you said how EVE going free-to-play has been a massive success. Should we expect Project Nova to be free-to-play?

It's too early to talk anything specific about pricing. Overall, in general, I'm a believer in phasing the business model. With EVE we went from being sold in a box, then we went to only subscription, now we have also free-to-play. Over 15 years we've evolved the business model. I'm a big fan of that. I'm pretty sure we'll do something similar for Nova.

How has free-to-play changed EVE Online?

It's in a way a little odd. We had 14 day trials before. While we did open up access it became an endless trial. But free-to-play has fundamentally changed the way we acquire players at the top of the funnel. We got a much higher volume of people in the game. When there's an event in-game or something exciting happening around EVE we get a lot more people playing than we ever did before. There's still the challenge of turning all those players into productive EVE citizens because EVE Online is not an easy game to learn. That's not something we want to change about the core game, but we continue to invest in the on-boarding system. So people can pace themselves into the learning curve. And we'll also work more with the player organisations which do an excellent job of helping people learn how to play EVE. A mixture of improving our own on-boarding and working with the new player organisation is a new tweak I want us to deploy more. 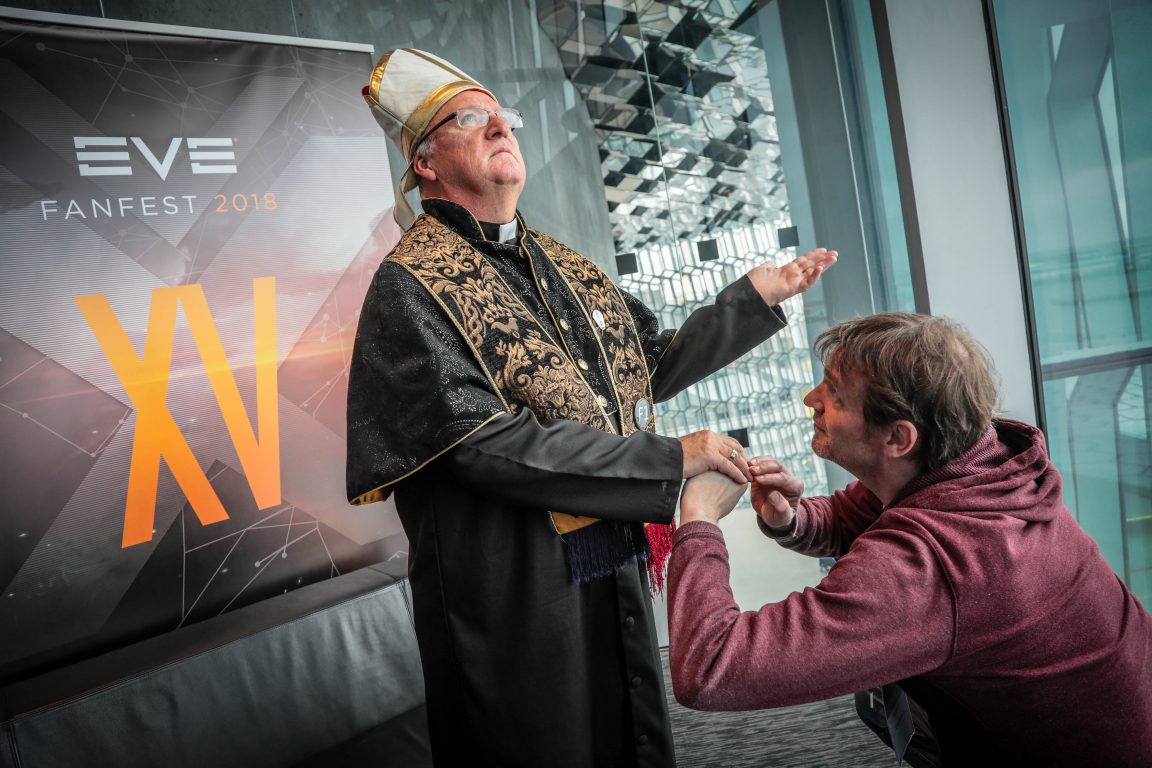 Did you see a different type of player join EVE once it went free-to-play?

Yes, and we've heard from players that they've brought a different type of EVE player into the game. When I was in Vegas [for Fanfest] a lot of players said how they bring in their spouse to the game. Spouses come along for at least the social aspect of EVE Online without playing the game hardcore. Free-to-play facilitates that quite well. We've also seen a lot of lapsed EVE players come back and check it out more frequently. So changing the business model changed the players.

Are you seeing that new generation of games players who expect games to be free? Paying for games, or paying a subscription, seems like such an old fashioned thing.

Yes, and that's why we've made the change. It would hinder EVE Online to go on for another 15 years like that.

Do you see that as a wider change in games, particularly with a new generation of consoles only a couple of years away?

Absolutely. Games, being a relatively young industry and like anything, goes through a business model evolution. Too much has been made of the business model. There's too much focus on that, frankly. But now we seem to be converging, at least with games as a service, on this well differentiated business model where you can choose how you want to pay. That's something you can do in other more mature industries, like the mobile phone business, where the consumer decides how to pay.

Now games have moved over to that much better place to be in, we can stop obsessing on the business model and think better about what players do we have, and how do they prefer to pay for their experience. That will help games evolve in the future. Some of the successes we're seeing right now with games like Fortnite - some people want to pay nothing, some want to pay a little, some are happy to invest a lot, some have money but little time - games need to do a better job for allowing this to co-exist. It should always be the players choice. 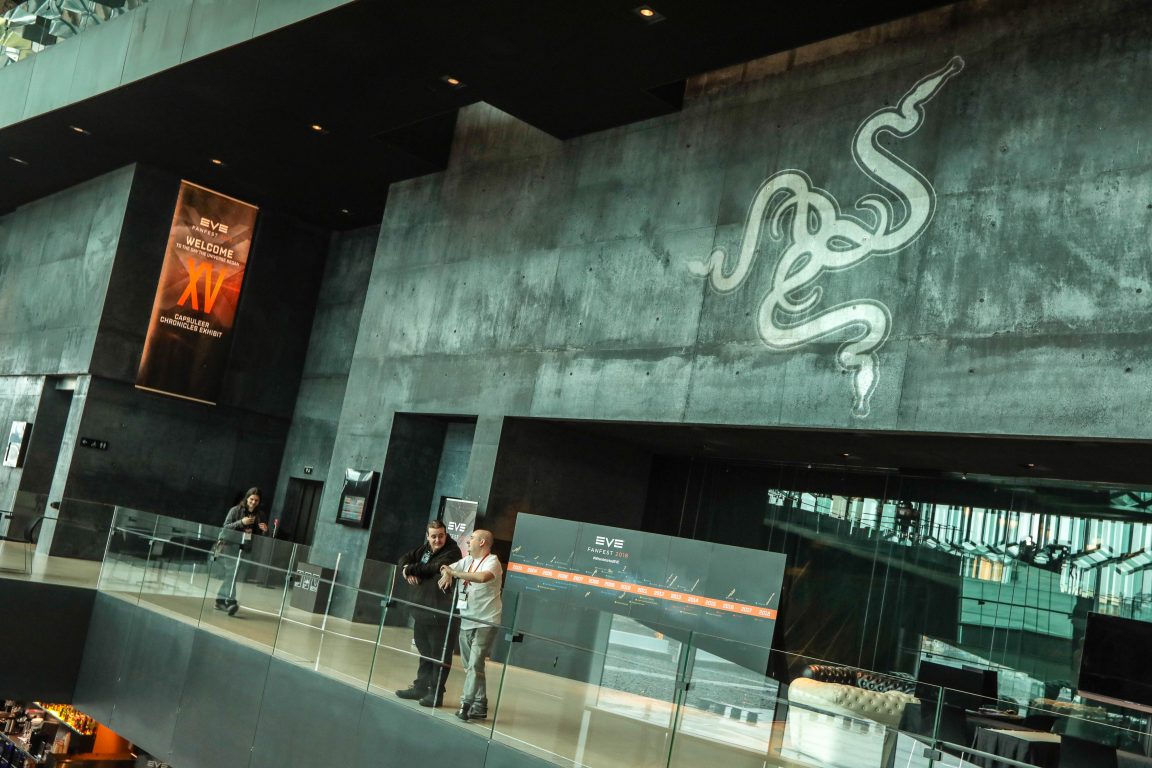 With Into the Abyss you're changing the content of EVE. At first it doesn't appear to be what EVE is about. It's a solo experience in a world known for its huge interactive society.

EVE is famous for that but actually there are a lot of people who play EVE Online relatively solo. It's a misconception that hardcore PVP is all EVE is. That's what gets the headlines and what the game is known to be unique for. But playing EVE as a solo player in the tapestry of all that political drama is a lot of un. I mostly play EVE Online like that. It's hard for me to play in the top end PVP because you have to be on voice and mine is very recognisable and that just wouldn't work. And I'm also running a company as my day job, I have three kids and family. It's not like I have a lot of time, so I mostly solo play. But I love doing that in a dangerous world where all these things are going on - I'm sneaking around while Titans are flying above. A lot of EVE players solo play inside a massive virtual universe.

And this is you purely catering to that audience…

A least in the first phase. We are in-part creating an environment where we can push the technology. You see it looks very different and we're trying to do something new with our engine. I hope we can push even more with different aspects of the game. It's hard to do that when there's multiple players at the same time. We're also pushing a lot with the NPC AI. This creates an experimental kitchen where we can go crazy. It's better to do that in an area with relatively few players.

Do you think you'll open up the new territory of Into the Abyss beyond solo players - whether that's small scale co-op or something bigger?

That's certainly been discussed. We just have to take this first step and see how people embrace it and learn from it. We've discussed a lot about whether we should do co-op with it, or allow it to become a setting for PVP.