Dota 2 developer Valve had promised buyers of the game's Interactive Compendium - a digital companion to the incoming International tourney - that if they bought enough copies they'd unlock new Smeevil courier mounts. The $250,000 target has already been smashed and the mounts are being worked on now. 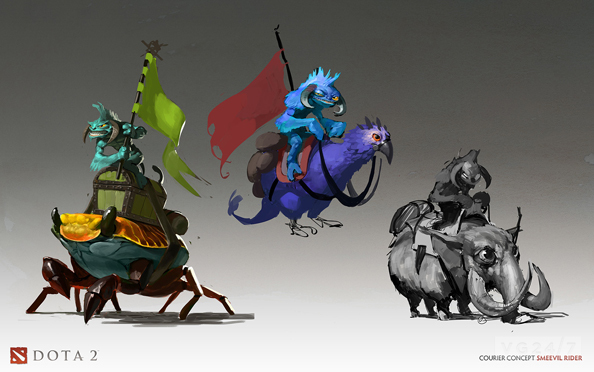 PCGamesN reports that Valve published details of the Smeevil mount stretch goal today on its blog.

The post explained, "Given how much faster the community is reaching the stretch goals we set up, we’ve decided to add some more, based on the many conversations we’ve seen the community having around the compendium. In particular, the big gap between the 2nd and 3rd is something we’re addressing. More on that tomorrow."

We'll be there for whatever Valve has planned is revealed, and we'll update you once we know when the mounts are coming.