Valve is ready to talk about its plan to reboot Artifact.

Artifact, Valve's failed card game, came back from the dead recently when the developer posted an update announcing that the game had not been abandoned, and that there are in fact plans to revitalise it.

This week, Valve outlined some of the biggest changes in a blog post. First, players will no longer be able to buy cards, which was one of the biggest points of contention with the original launch. Valve will be selling something, but it's not saying what that is yet.

This is part of Valve's plan to make Artifact easier to get into, which also includes a new Hero Draft mode that lets you create a deck and experiment away from the pressure of multiplayer. 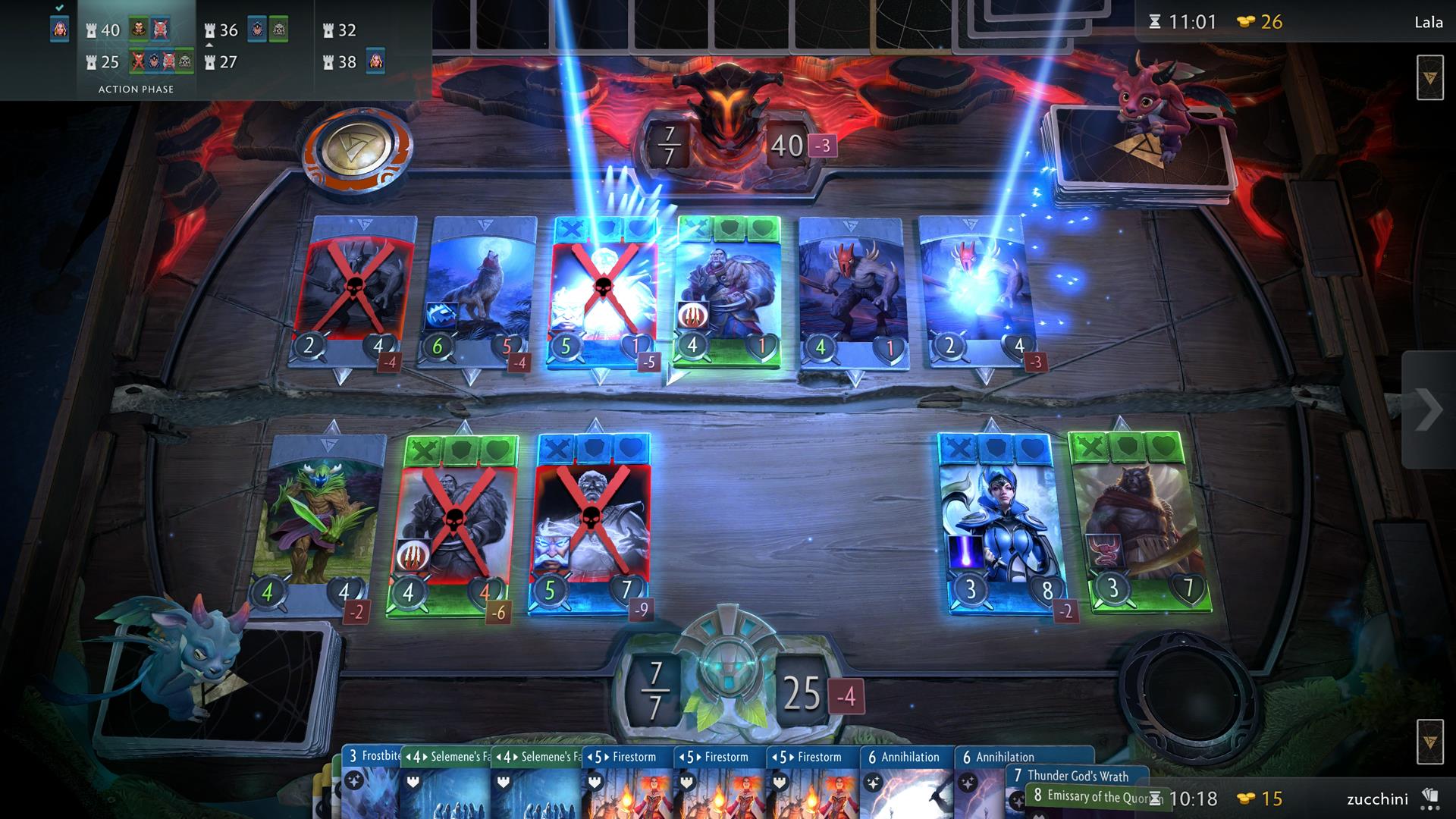 Valve is also making other gameplay changes, such as zooming the perspective out a bit a more to show all three lanes simultaneously. While this won't affect card effects, which mostly still occupy a single lane, the developer says it should make it easier to keep track of everything.

All of this will be available in the beta, which will start off with a limited number of players. Valve will prioritise existing owners of the game, and keep expanding the pool until an eventual open beta launch.

Beyond that, the beta has its own EXE file separate from the current, live game. Head to the link near the top to learn more.