We may have new details about the story in Destiny 2, by way of toy sets. 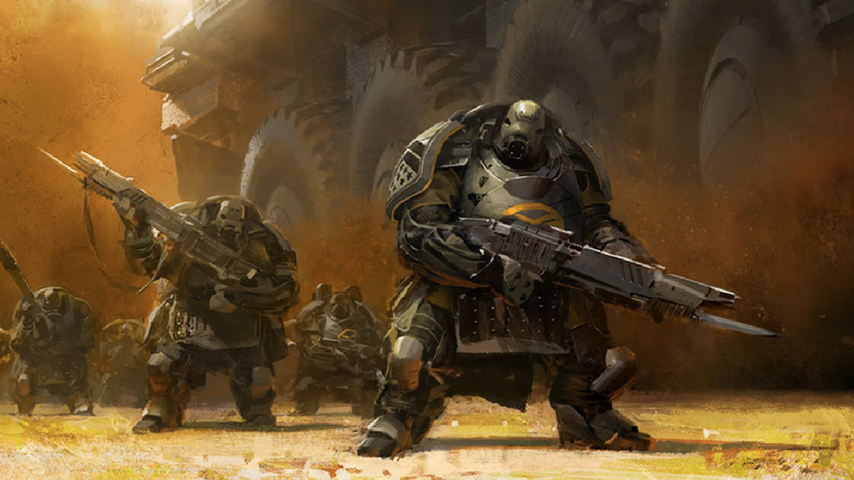 A post on the Mega Bloks forums appears to have revealed some bits of information about the story of Destiny 2. Mega Bloks is a toy manufacturer specialising in Lego-style building blocks.

The post cites three unannounced sets (via NeoGAF) which have appeared on Amazon ahead of an official announcement. These are a Cabal Goliath Tank Building Set, Cabal Bruiser Battle Building Set, and Aspect Of Glass Building Set.

The first two are very interesting in a couple of different ways. The description for the Cabal Goliath Tank mentions being able to reveal its interior, which isn't something you can do in the game currently. In fact, you can only fight the Goliath Tank during certain boss fights, but never control it.

Then there are the four "micro action figures" included with the set, which could indicate they're connected. There's one for Commander Zavala, one Cabal Phalanx, and two Cabal Psions. Zvala's figure comes with "detachable armour and Answering Chords auto rifle."

Answering Chord is a weapon that exists in the game now, so the "s" here may be an error. That said, just connecting Zavala and the Cabal in that way may indicate that the Titan Vanguard will be involved in a fight against the Cabal somehow. Maybe we're even going to command a Goliath Tank with him at some point.

We've never fought alongside NPCs in Destiny before, but this detail, as well as the one mentioned in the description of Cabal Bruiser Battle Building Set strongly suggest Destiny 2 will have the feature.

The Bruiser Battle speaks of a clash between "the Bruiser's crushing strength and a master swordsman's skill." The swordsman in question here is Lord Shaxx, the Crucible Handler, and he's wielding Raze-Lighter - an Exotic sword already in the game.

"Lord Shaxx prepares to pit his blade against the furious cleavers of a Cabal Red Guard," the description reads.

One other very interesting detail alludes to a big fight in the Tower Hangar. There's never been any combat in the Tower before, but this makes it sound like the Cabal will attack the primer social space during the events of the story.

The Cabal being a major focus in the Destiny 2 story is something various reports and leaks have mentioned before. A Cabal attack - or outright invasion - of the Tower may be part of the game's story beats, considering the significance such an event could have.

Finally, the Aspect of Glass set is the least interesting one. It doesn't reveal any new details, and the ship itself has been available in the game since the very first release. Aspect of Glass is one of the possible rewards for completing the Vault of Glass raid.

At this point, Bungie has yet to officially announce Destiny 2, nevermind talk story details. It did say repeatedly it's working on the "next Destiny adventure," though. We're likely not going to hear more about it officially for a few more months.