Acclaim Entertainment isn't the most fondly remembered video game company. You'll know some of its most significant releases - Mortal Kombat and Burnout - but Acclaim itself is a fossil in a industry continuously sprinting at the future.

For every Burnout that Acclaim proudly published, it oozed out turkeys like Shadow Man 2. In a tough era where there was a lot of games competing for attention on the PS2 and original Xbox, Acclaim put together a number of shameless PR stunts to stand out in the crowd - simultaneously fantastic and horrifying in their audacity. Here’s a selection from an embarassing past:

But perhaps its most successful and notorious stunt was to raise awareness for Turok: Evolution. This 2002 PR campaign offered five members of the British public £500 and a free Xbox if they changed their name to Turok. The idea that people took up this offer is amazing to me. Signing for parcels, going to work, going on dates named after a fictional dinosaur hunter - what was life like as Mr or Mrs Turok? I had to know, which is why I decided to track them down and ask them myself.

I started by phoning up Andrew Bloch - who was responsible for Acclaim's campaigns - to start off my search. He confirmed that five people in the UK were indeed named Turok as a result of this competition. Andrew didn’t know who these handful of winners were (this was almost 20 years ago), but he did confirm that the campaign was successful at getting the attention of the press, and that even the BBC covered the Turok campaign. 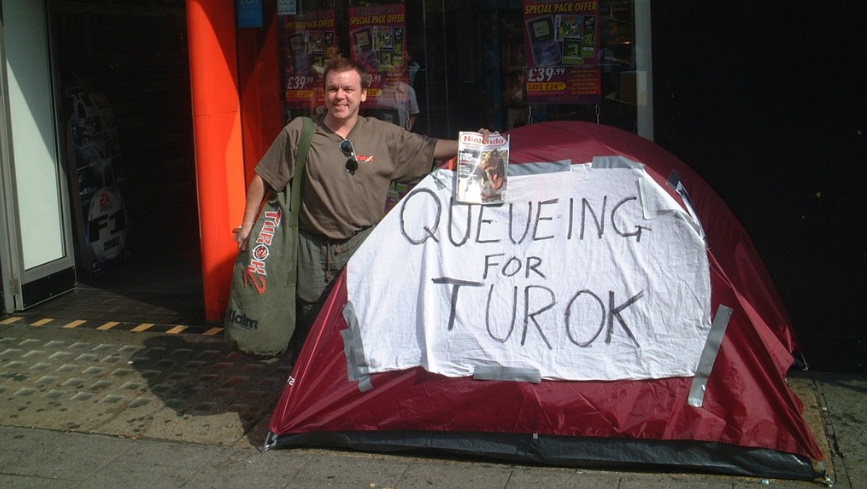 Official name changes in the UK have to be done via a deed poll. I phoned up the national archives in Kent as they have stores of all sorts of thrilling documents like death records, legal documents - and most importantly - deed poll name changes. This wasn’t certain to provide answers, only a fraction of deed poll name changes are stored in these archives, with the rest stored at agencies that destroy records of these changes after five years. I gave over all the information I knew to the bloke on the line and told him "all five winners legally changed their first name to Turok, spelt T-U-R-O-K".

After a few seconds, he replied "Well, I hope it was worth it. With a name like that, we’ll find their documents quickly if we have them here". The search required a few days of waiting before an email landed in my inbox, so with time to kill I checked The Gazette - an official online government publication where name changes can be publicly found. Alas, neither The Gazette nor the national archives in Kent could find a trace. A realisation hit me like a triceratops. If I was going to find these people, I’d be in it for the long run.

Looking back at my chat with Andrew I decided to look for the press coverage that he assured me existed. The BBC coverage was easy enough to find, stating that "More than 6,000 people" had jumped at the chance to become Turok. With a bit more digging, I found more info on an old Nintendo website which ran an official Acclaim press release almost verbatim. Since their names, age and jobs were listed, I decided to start by looking up lists of professionals in those fields. If a name matched, I’d try to make contact. 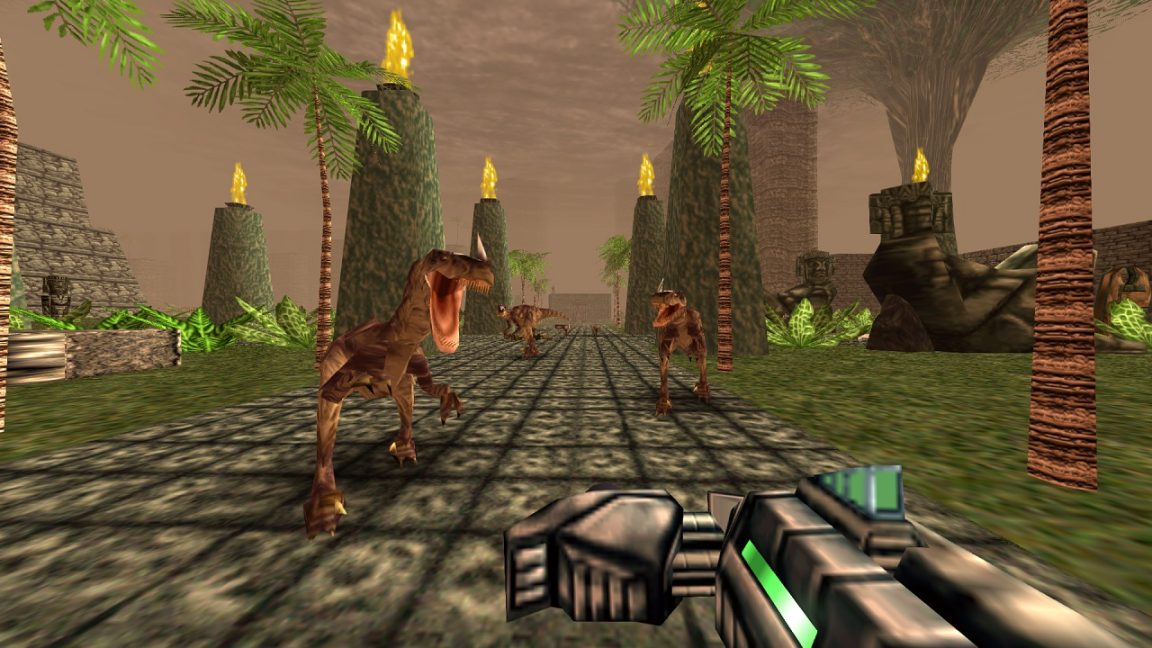 I looked through lists of graphic designers with no luck, dug through the Nursery and Midwife Council register for practicing midwives and the General Dental Council for dental technicians. No luck. It was as if these people never had the jobs that they were reported to have. My best shot at finding the five was gone.

At this point, I was feeling desperate. I searched for the five’s names on social media, something that didn't exist back in 2002. With the vast majority of adults in the UK having a Facebook account, that seemed like the most obvious place to search.

I did a lot cold calling. Weeks passed and all I got was confused replies (if I was lucky). Exact names weren’t cutting it, so I broadened my search to anyone with a listed surname. I continued searching through this larger selection until finally, after weeks of dead leads, I finally found one.

My first interviewee replied briefly, only giving two pieces of information. They were indeed one of the five winners of Acclaim’s PR campaign, but they and the rest of the winners weren’t random members of the public. At all. In fact, all five were actors, paid to pretend they were huge fans of the game who changed their name. This person didn’t say much, but what little they gave me was astronomically important.

All the pieces started to come together. No one ever changed their name. There was never a dentist nor a midwife matching the name of the winners, because those were never their real jobs. I was devastated, and thought that maybe this person was a troll trying to shake me off the trail. But if true, I could narrow down the search to only those with acting experience, which cut down the pool of possible Turoks drastically. Through a phone call with a lady with a shared surname, I managed to talk with another Turok in just a few days. While assuring anonymity, I was able to talk to them at length about what exactly was going on. They will be referred to as Sarah from now on.

Sarah confirmed that all five of the “winners” were indeed actors. The name changes weren’t done via deed poll (which explains why no records could have been found), and they never used Turok as their name outside of events within the campaign. While Sarah cannot remember whether they received an Xbox for their work, they did play games back then, but they haven’t kept up with the hobby over the years.

There was no funny moment where Sarah signed up for a gym membership under the name Turok, no bizarre occurrence when a receptionist at a hospital calls out the name Turok and it takes Sarah a while to remember they are, in fact, named after a marine who crash landed on earth surrounded by genetically altered dinosaurs. For Sarah and the others, Acclaim's PR campaign was just a job, a cheque they collected, then spent. 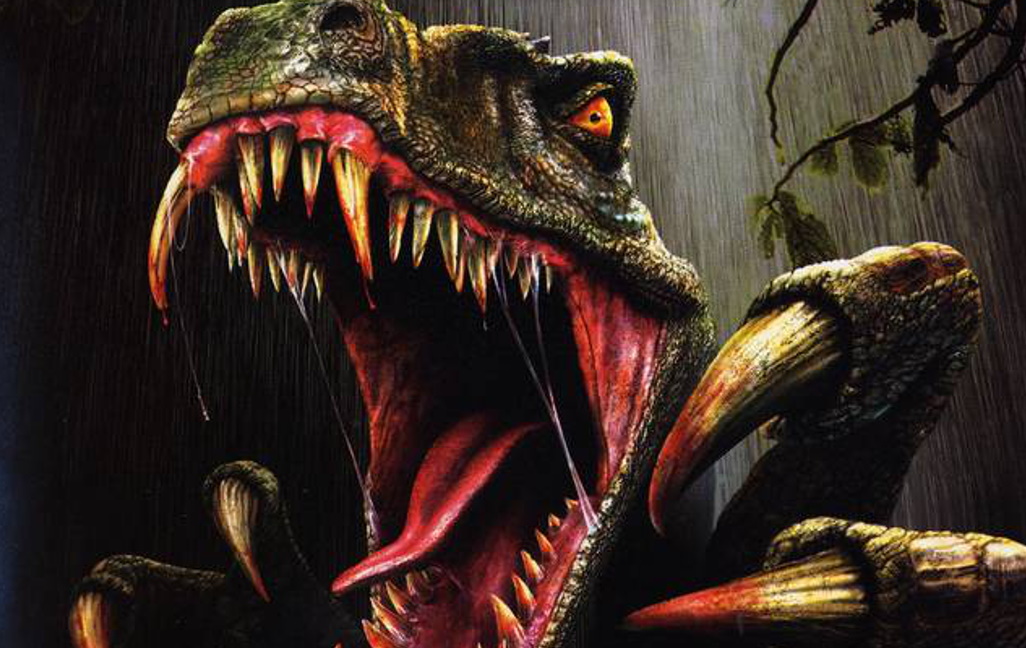 This practice, hiring actors as catalysts aimed at drumming up excitement, is common. Sarah told me an anecdote about the release of Star Wars Episode One - The Phantom Menace, and how the PR team paid an actor to pose as a super fan who camped outside a cinema to see the film. They emphasised the importance of the internet, and how that shifted PR objectives from “how do we get in the paper” to “how can we create content that can get shared”. They turned their audience from passive - simply watching an advert or reading the paper - to active participants who willingly sign up to change their name for £500, an Xbox, and a copy of Turok: Evolution.

I’m not going to pretend that I wasn’t slightly bummed out from what I learned. I managed to find the UK’s very own Turok mega-fans, only to find out it was all a charade. But does it really matter? Sure, the five winners were actors, but thousands did legitimately apply for the name change, and Turok: Evolution remains notable today because it was attached to such a preposterous idea. The evolution Sarah talked about had to start somewhere, and Acclaim happened to find itself surrounded by the primordial slime that would eventually become the video game PR industry we know today. Their goal of finding a bizarre new angle remains at the heart of game PR, whether it’s the ludicrous stunts Devolver pulls off, or Bioware attaching merch to trackable weather balloons.

Acclaim is long dead and unable to shock the world ever again. But while the people at the heart of one of their most infamous campaigns were phoney, its impact on the industry is real.