Into the Breach is now available to download for free from the Epic Games Store.

The strategy gem comes from the same mind behind the brilliant FTL: Faster Than Light, so if you're a fan of the latter then you'll definitely want to grab this while it won't make a dent in your wallet. 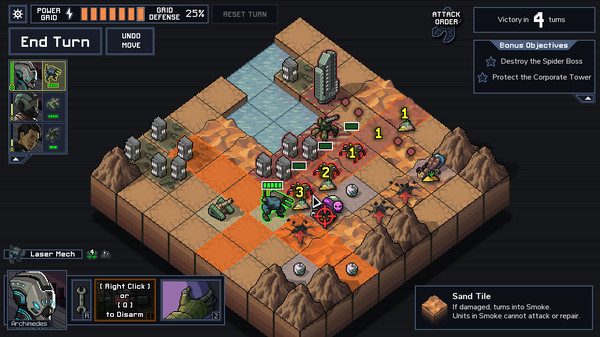 If you've missed everything about Into the Breach, it's a turn-based strategy game that puts you in control of powerful mechs as you aim to fight off an alien invasion. Because everyone loves a good buzzword, levels in Into the Breach are procedurally-generated so each playthrough will offer something different.

That's not all, though, as the Epic Games Store is getting fully into the Christmas spirit by offering more free games over the holiday period. Beginning with Into the Breach, you can log in over the next 12 days to claim a new game. Upcoming freebies are a mystery, for now, so be sure to check in at 4pm tomorrow to see what's next.

Meanwhile, the Epic Games Store is also running its Holiday Sale. In it, you can find a wide selection of games for up to 75% off. Plus, you'll also be given a $10 coupon with certain eligible purchases of $14.99 or more across the store. That applies not only once, but at any time you fulfil the requirements!