Looks like DICE is looking at the possibility of adding a battle royale mode to Battlefield 5.

A report has surfaced stating DICE is currently investigating how a battle royale mode would work in Battlefield 5.

Speaking with Venture Beat, a source close to the studio said the last man-standing mode is currently in the prototype phase.

"DICE is investigating how a massive, last player-standing mode would work with its current mechanics," reads the Venture Beat report. "The studio has not yet approved its battle royale for release, and it is still in the prototype phase.

"If DICE does decide that it’s happy with what it has, it won’t have it ready in time for the initial release."

The report goes on to state if all looks well, the mode could be released for Battlefield 5 as a free, post-launch update. Since nothing has been confirmed by EA, keep this filed away as rumor for the time being. Just like yesterday's report on a battle royale mode for Call of Duty: Black Ops 4. 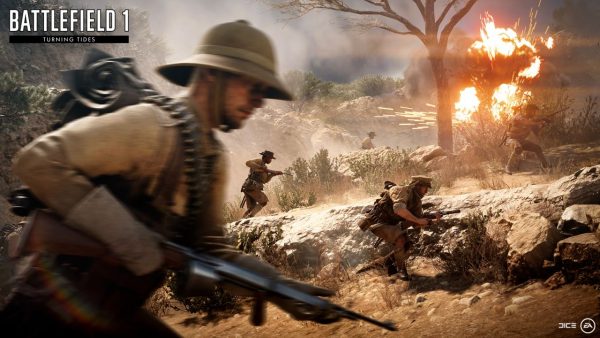 If a battle royale for Battlefield 5 does indeed come to pass, it will give fans of the mode yet another option outside of PUBG, Fortnite, early access title Radical Heights, and many others.

Battlefield 5 is rumored to be set in WW2 and feature co-op support.