Apex Legends player count is growing at a faster rate than Fortnite's did at the same time post launch.

Respawn's battle royale title has seen its player base boom after its surprise launch last month, with the most recent tally coming in at 50 million players in just four weeks.

Roundhill Investments put together a handy graph showing the growth of Apex Legends post launch compared to Fortnite. Four weeks after its release, Fortnite has less than 20 million players, and reached 45 million in 16 weeks (via Daniel Ahmad on Twitter). 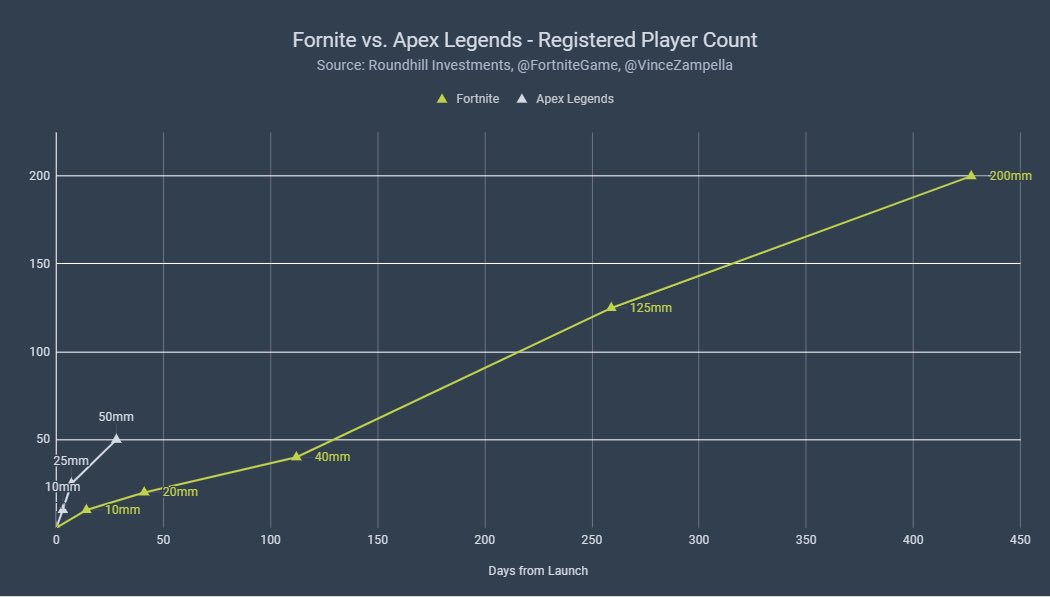 As Ahmad pointed out, Fortnite mobile launched when the game had hit 50 million players across PC and console, which helped the player base balloon to over 200 million.

There's no word on an Apex Legends mobile release just yet.

If you're jumping into Apex Legends, don't forget to check out our guide on how to get started.