The Fall update will be coming to Animal Crossing: New Horizons soon, so let’s take a look at what’s being added.

From September 30, you’ll be able to enjoy the new Fall update. You’ll be able to grow Pumpkins in preparation for Halloween as well as use them for spooky new projects, and a bunch of Halloween Costumes will be coming to the Able Sisters’ store.

You can also use your Nook Miles to buy body paint and coloured eye contacts to make yourself look extra scary, as well as learn DIY Halloween costumes from your islanders.

Jack, the “czar of Halloween” is making his first appearance on the island, and you’ll be able to trade him Candy and Lollipops for rewards. You can also share Candy with islanders, too, and can learn some new Reactions. 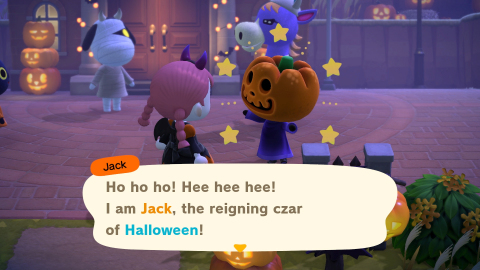 The NookLink App is also receiving an update and from early October, you’ll be able to use your smart device to perform Reactions.

The Fall update will bring all-new Creepy furniture and DIY projects to New Horizons, and we’ll hopefully see some mini-games involving your islanders. The closest thing we can compare it to is Bunny Day, so hopefully, you feel more enthused about fall-related items over endless eggs.

You’ll be able to purchase Candy and Pumpkin Seeds from Nook’s Cranny and Leif will sell you seeds too. The Halloween event will run on October 31 from 5 pm to Midnight, so there’s plenty of time to get go trick-or-treating. 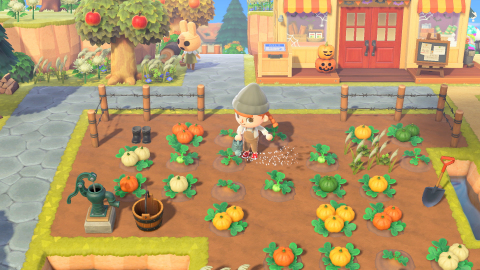 There’s a good chance that Franklin will be coming to Animal Crossing: New Horizons soon, likely with the heavily rumoured Harvest Festival coming later in November. There’s even a rumour that Brewster will be making his first appearance in the next few weeks, so keep your eyes peeled.

You can check out our massive Animal Crossing: New Horizons guide here, where you can find the likes of the latest fish prices and how to visit Dream Islands.