It was recently revealed that Kassandra was supposed to be the only lead in Assassin’s Creed Odyssey until an Ubisoft executive intervened and said, “women don’t sell.”


The news comes from a report published by Bloomberg, which delves into the misogynistic culture that has become entrenched in Ubisoft offices on a global scale.

However, the misogyny of these execs seeped into the company’s games, too. According to the Bloomberg report, the only reason Alexios became a playable option in Assassin’s Creed Odyssey was primarily because Hascoët said, “women don’t sell” after it was suggested that Kassandra be a solo lead.

Among many details I learned while reporting this piece: the developers of Assassin's Creed Odyssey wanted Kassandra to be the only playable lead, but Ubisoft's marketing team and creative lead Serge Hascoët wouldn't allow it. Women don't sell, they said. https://t.co/67689QMHbr

“Among many details I learned while reporting this piece: the developers of Assassin’s Creed Odyssey wanted Kassandra to be the only playable lead, but Ubisoft’s marketing team and creative lead Serge Hascoët wouldn’t allow it,” wrote Bloomberg reporter Jason Schreier in a tweet attached to the report. “Women don’t sell, they said.”

Ubisoft recently admitted that it had “fallen short” in relation to workplace harassment and allegations, but the Bloomberg report corroborates – across 40 anonymous sources from the company – that these practices have been going on for years, and have gradually seeped into the publisher’s games.

For example, before developers were told that they needed to include a male protagonist as well as Kassandra, Hascoët intentionally made Jacob Frye the dominant protagonist of Assassin’s Creed Syndicate – despite his supposedly joint significance with his twin sister, Evie – and ensured that Bayek did not die in Assassin’s Creed Origins in order to prevent Aya from gaining a more narratively important role. 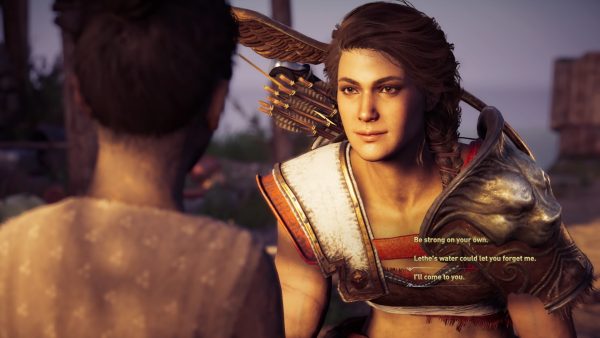 Hascoët has since resigned after investigations were conducted into misconduct allegations made against him. Beland, another vice president, has also resigned, while investigations into Francois’ behaviour are ongoing.