The World of Warcraft Shadowlands beta is officially on the way this week and alongside our recent hands-on impressions of the game, WoW devs talked us through a whole host of shiny new features that we can look forward to while we try to save Azeroth’s afterlife.

We’re beginning to see a much clearer picture of what awaits us when we finally reach level 60 (again) and can focus on that endlessly repeating endgame content will take up most of our playtime, as well as the systems that the WoW team have set up to replace the Azerite Power and Azerite Armour systems we’re losing from Battle for Azeroth. Both of those have been a matter of some contention over the last couple of years, so it’s fair to say players are hotly, and cautiously, anticipating what comes next.

We already know that Anima is replacing Azerite as the main expansion-wide resource for us to collect, but we’ve been a bit in the dark about how the shiny new Covenant abilities we’ll have access to will be balanced between factions. We spoke to World of Warcraft production director Patrick Dawson about how the ‘Soulbind’ system will tweak our gameplay, to learn more about the Maw, and to find out what you’ll be doing as part of your Covenant day-to-day in the Shadowlands.

VG247: So tell me more about the new Soulbind system in Shadowlands – was it just put in place to balance out the more overpowered Covenant abilities you’ve announced, or is it deeper than that?

Patrick Dawson: Well, there’s a couple of reasons it was implemented. We felt It’s important to be able to meet the different characters in your Covenant and experience their storylines for that element of roleplay. But yes, of course, in a situation where you pick a Covenant and perhaps are a little envious of a different ability, or you feel like maybe your AoE abilities aren’t up to snuff and you want to get a little more power there, you’ll have some choices with Soulbinds and conduits to allow you to enhance those abilities that you feel might be lagging behind a bit based on the playstyle that you want to participate in.

VG247: In Legion you had to level up artefact weapons for each of your specs separately, in Battle for Azeroth people were known to carry different Azerite armour sets around for raiding, PvP or Mythic+. How easy will it be to switch between Soul Binds in Shadowlands?

Patrick Dawson: People are going to want to switch from time to time, we recognise that and we know it’s going to happen. We want to provide mechanisms to do that. In this beta period we’re about to enter in, we really want to feel out whether it’s something that should be a little easier, or something that should maybe require a little bit more friction. The goal here is to make those choices feel meaningful and be meaningful, but we don’t want to leave people feeling like they can’t participate in the activities that they want to participate in. 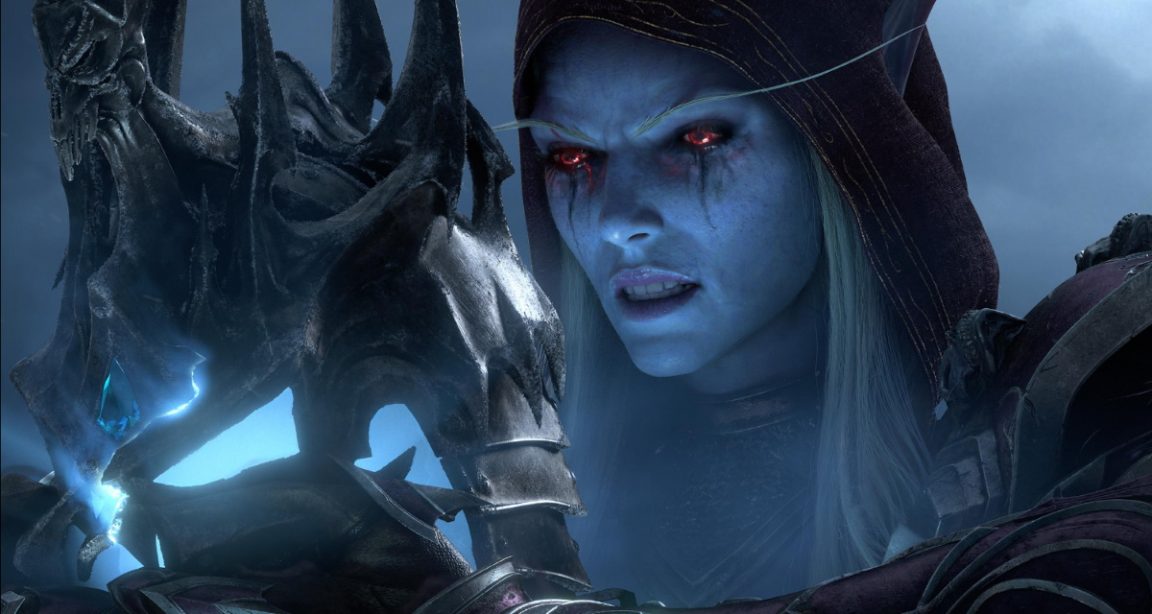 VG247: So, we thought the main currency players will be collecting in Shadowlands is Anima – but now we also have Renown to worry about. Will they have to grind Renown to make any progress in Shadowlands?

Patrick Dawson: No, we’re actually trying to move away from anything that feels like it might be a grind – or at least something that’s infinite like Artefact Power and Azurite Power – to allow you to level up your covenants and your Soulbinds in a more agency-based way, so that you can target the activities you want to do. But you will be collecting Anima, there’ll be a certain amount that we expect you to get every week, a pretty reasonable amount, and that will help you level up.

VG247: I want to speak about the Sanctum activities unique to each faction – How much of a big part of players’ experience will they be? Are they a necessity, or more for flavour?

Patrick Dawson: They’re not going to apply directly to your player power and your power progression. You’re not going to get additional abilities from it. It’s certainly meant to be a flavour thing, something that ties you thematically to the Covenant and what your Covenants all about.

In the presentation we alluded to the Ardenweald area being similar to maybe what you’d remember from the farm in Pandaria. It didn’t necessarily give you a lot of power, it was just something fun to do, to have as your very own, to really engage with the theme of that zone. It’s a similar idea with this. For example, in Maldraxxus you can actually build your own abomination by going out and collecting bits and combining them in different ways.

Covenants are such an important part of this expansion; we didn’t want it all just to be power. So there’s cosmetic things too, like different mounts or armour sets you can earn by participating in covenant activities. 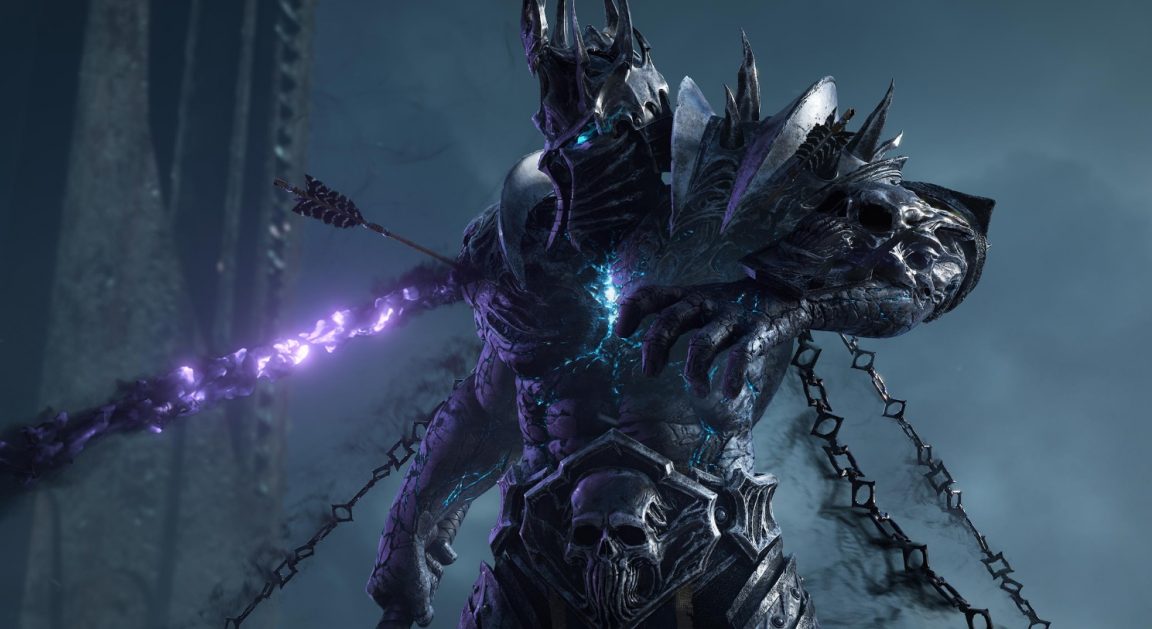 VG247: For a lot of players that roleplay aspect is still key, but a different side of the playerbase will just care about the numbers and how powerful certain abilities are. How will you balance these expectations? Do you have to design for one over the other?

Patrick Dawson: I think the theme of this entire expansion – and certainly with Covenants – is very much player agency. Being able to choose what you want and what’s important to you. So for that player who wants to pick the ability that’s best for their playstyle, they can focus on that, but for someone like me who wants to build my character in the theme that I want to roleplay we have these other systems, such as the covenant sanctum activities. So the idea is that everybody chooses their own path and we just provide you with all the different options to let you bond with the covenant that speaks to you the most.

VG247: The mission table when it was first implemented in Warlords of Draenor was quite heavily criticised. How difficult is it to bring it back with each expansion, especially in Shadowlands, knowing those criticisms and trying to convince people to still use it and play through it?

Patrick Dawson: I think there’s a lot of great things about the mission system that have evolved over time. There was something really compelling about collecting followers and levelling them up in Warlords of Draenor, but there obviously were criticisms of it that we tried to listen to and iterate on, making it better expansion over expansion. The one thing that we’ve heard recently that we really wanted to look at was that it was almost too passive, which is why we wanted to reinvest in the system to make it more active and thoughtful. So yeah, there’s always been a core of greatness there, but it’s really just doubling down on that core and making sure that we listen to the things that maybe were a little bit more tedious that we can improve upon. 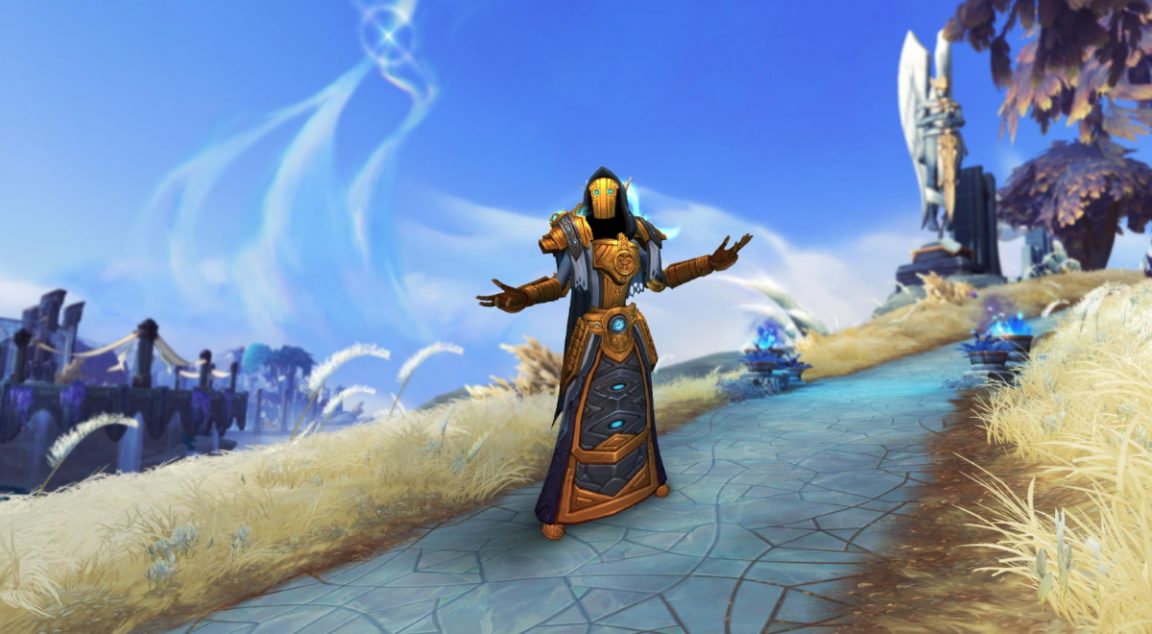 Patrick Dawson: I think one of the first things you’ll notice about when you get there is how dangerous it all feels. The world is dangerous in the Maw already, and then on top of that you get these mechanics added to the Maw itself through The Eye of the Jailer. As you progress in the Maw and kill additional creatures or even if you die, you detect him gazing down upon you. Maybe he’ll send a patrol out to come get you, and if that doesn’t work, then he’s a little bit more frustrated and upset and now he’s going to send even bigger elites at you, or maybe buff creatures that you’re fighting against. I do think that dangerous-ness is important to what the Maw is, both for the feel of it, and also the challenge of it. It’s meant to be something that’s a little bit more challenging, that you can really sink your teeth into.

You can pick up the lavish PC Collector’s Edition of World of Warcraft Shadowlands at Amazon US, and it’s also available in the UK through here.