The revelation that the next Assassin’s Creed was going to be Viking centric was a bit like finding out Chris Evans is a dog person; we all kind of suspected it, but it was nice to have it confirmed. The Assassin’s Creed games have hopped from the Italian Renaissance to the Roman Empire to revolutionary France to Victorian England with tonnes more in between, so Vikings seem like one of the biggest civilisations the series had yet to tackle in the forthcoming Assassin’s Creed Valhalla.

While the actual Vikings all died out centuries ago, the next best thing are still around: The Vikings, the UK’s oldest and largest Viking society, with branches in Scandinavia, Italy, the US and Canada too.

There’s been some debate over a few elements of what we’ve seen so far, and not just whether in engine footage should count as gameplay. Though magical elements and alternate retellings of history have featured in the series since the start, they’ve always tried to centre the core world building in reality. Altair even had his crossbow taken away from him when fans pointed out the weapon had not yet been invented.

One of the hottest topics has been arguably the foundation of Assassin’s Creed: the stealth. Vikings are known for being big, bombastic warriors, and the blending in with crowds, slipping up behind someone and discreetly slitting their throat doesn’t quite seem their style. While we know that Eivor will be wearing their hidden blade out in the open – making it just a blade, really – it still remains to be seen how much of the Assassin’s Creed DNA will be present in Valhalla.

According to Chris Abrams of The Vikings however, stealth was a weapon in a Viking’s arsenal, but usually as a unit, rather than an individual. “Viking raiders often came ashore at first light, knowing that their target village would still be asleep, or just waking up and still groggy. Sneaking in gives you the element of surprise and if you’re in quick enough, you kill and subdue without any casualties to your own side,” Abrams said, “Elements of these [stealth attacks] have been documented in various battles throughout the Viking period, where one side or another has tried to gain ground by sneaking and outflanking the other shield wall, so as to come at them from the rear.”

These stealth attacks didn’t always go as planned, mind. In order to be truly accurate to the legacy of the Vikings, Valhalla will have to include their greatest enemy: the Scottish thistle. In the last recorded Viking raid on the British Isles – Largs, Scotland in 1263 – the Norwegian Vikings attempted a stealth assault after their boat had been shipwrecked off the coast. As Abrams explained, they got a little more than they bargained for; “Some of the Vikings tried using stealth. However, they didn’t take into account the Scottish thistles and stepped on them, so the cursing and shouts of pain gave them away.”

If you’ve been arguing with your pals over whether the structures we’ve seen so far are period accurate, then firstly I applaud you on finding friends with a common interest. Secondly, The Vikings are here to tell you: they’re not. “The Saxons of the 9th Century [the game is set in 873] weren’t great builders, keeping themselves mostly in small villages with buildings made of wooden thatch and clay walls over wattled wood. Alfred [who reigned from 886 – 899] was the first English king to start to fortify towns, however these still weren’t made of stone, and were mostly fortified wooden stockades with square towers of wood on either side of entrance gates leading in to the town. It wasn’t until after the Norman conquest in the 11th Century that we saw stone keeps being built.” 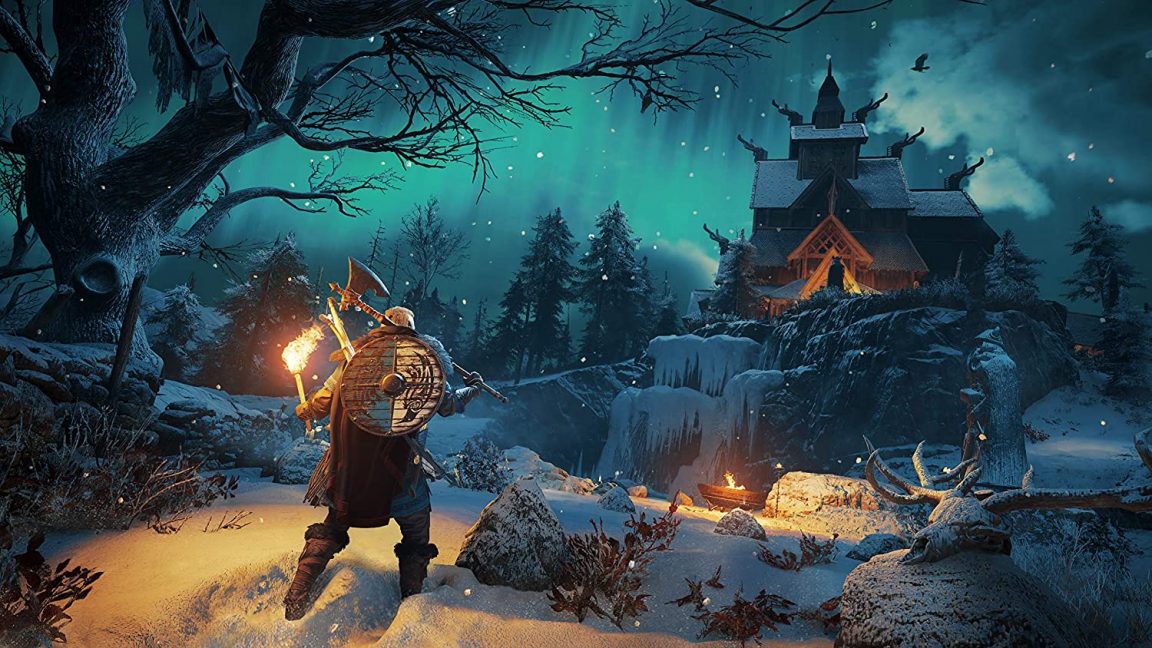 Following in the footsteps of Odyssey, Valhalla is set to offer up two protagonists again, but unlike the choice between Alexios and Kassandra in Ancient Greece, your Viking protagonist will be Eivor, and can be Eivor male or female, depending on your preference. Both options will apparently be canon, although exactly how is yet to be confirmed. Would a female Eivor have actually been swinging the axe in combat though? According to Abrams, the answer is a resounding ‘maybe’. “ There’s a lot of discussion around women warriors currently in the historical world. Not so long ago, it was thought women didn’t really become warriors apart form a few noblewomen we can definitely say led armies at some stage during their reign. Recently however, there have been a few graves uncovered – both here and in Scandinavia – that have had a female skeleton in them, buried with weapons and various other bits and pieces that would suggest she was a warrior and a noble.” 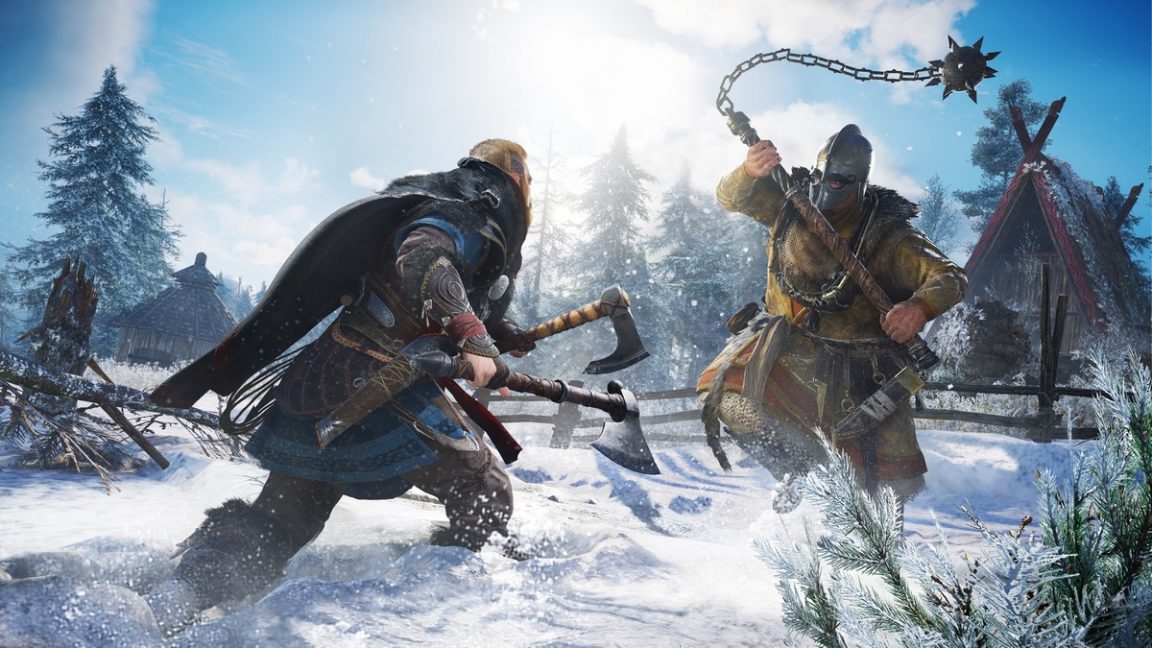 “The real answer to this is, sadly, we won’t ever know for sure,” Abrams admits, as all we know is that there were some female warriors, although we can’t say exactly how rare. It’s likely that the majority of players will select the male Eivor, considering two thirds of players chose Alexios for Odyssey, despite Kassandra being canon and her voice actress Melissanthi Mahut being nominated for Best Performance at The Game Awards. This male to female weighting, which could be even more disproportionate this time around with both options equally canon, is set to mimic the real life weighting then, with female warriors present but heavily in the minority.

Whether you’re a male Eivor or a female Eivor, there’s just one thing you have to keep in mind… watch out for the thistles.