File this one under: it’s not a bug, it’s a feature. We all need a pisshead goose in our lives.

As with any game, The Witcher 3 launched with a bunch of shippable bugs. Roach ending up on the roof of a building is always funny and never game-breaking. But there were a handful of shippable bugs that did get squashed during development.

I wish some of them didn’t.

Speaking to principal writer Jakub Szamałek during a recent Q&A, we asked about some of his favourite silly bugs. 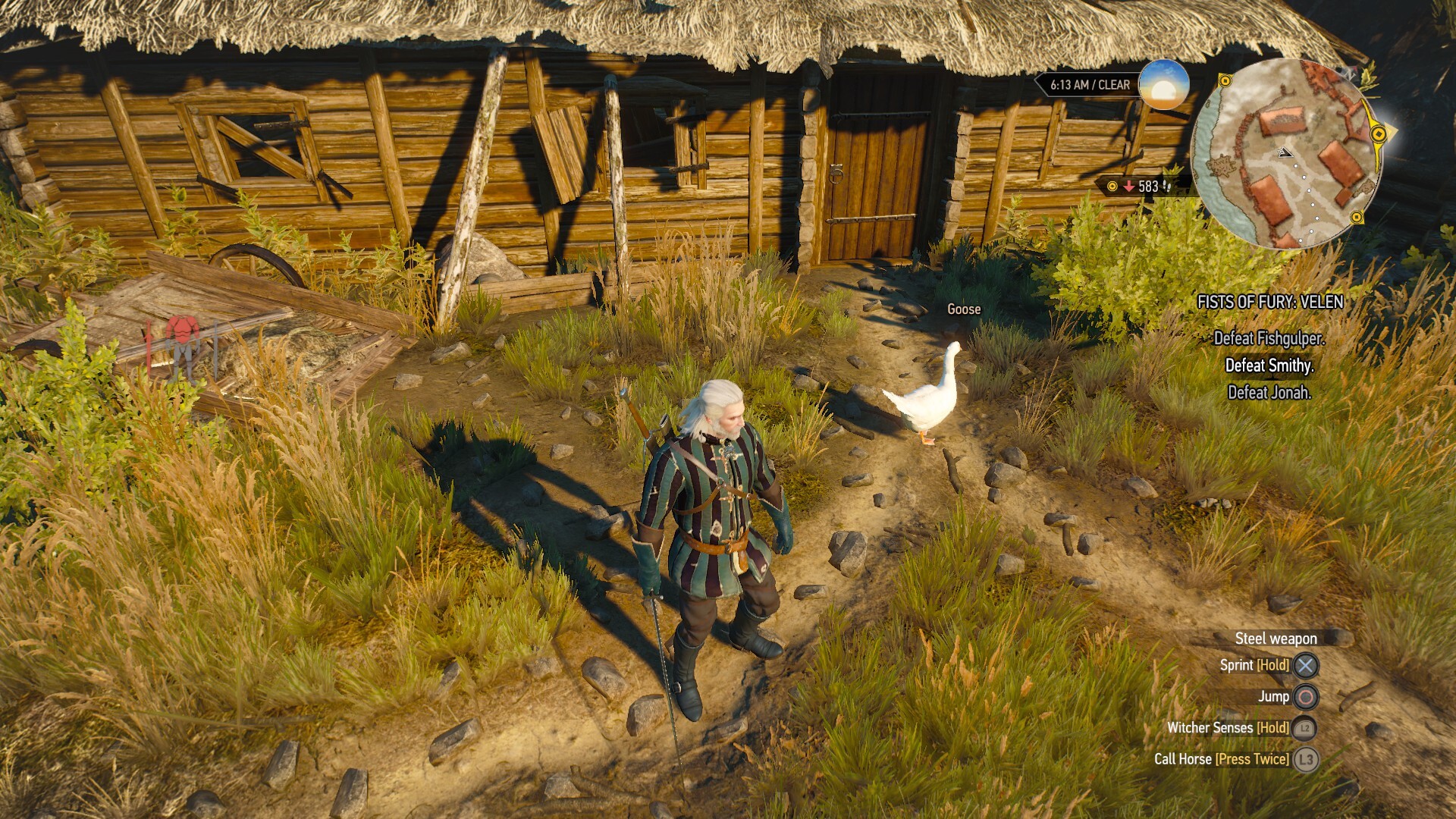 “Aaaah, there was plenty to choose from,” he said.” I loved crouching Geralt – where he’d bend his legs really, really low and stayed that way no matter what. Or people losing clothes and T-posing during key dialogue scenes. Or a goose walking into a bar and closing the door behind it.

“Or people starting to dance at the most inappropriate moments (say, funerals). I think you could run a piece just about the bugs we had to quash throughout the development and I think It’d make a fun – and long – read.”

Szamałek also spoke about some of his regrets and he mentioned that he’d love to dive into Ciri’s backstory more at some point in the future. There were also plans for a battle while skating on a frozen lake, which sounds amazing but was ultimately too complex to pull off.

Here’s why The Witcher 3 is game of forever.