One of the best things about Red Dead Redemption 2 is its contextual interaction system, which allows you to heckle or greet NPCs.

In Red Dead Online, its functionality is a bit more limited, but you can still use it on animals. That’s where one ingenious griefer comes in. 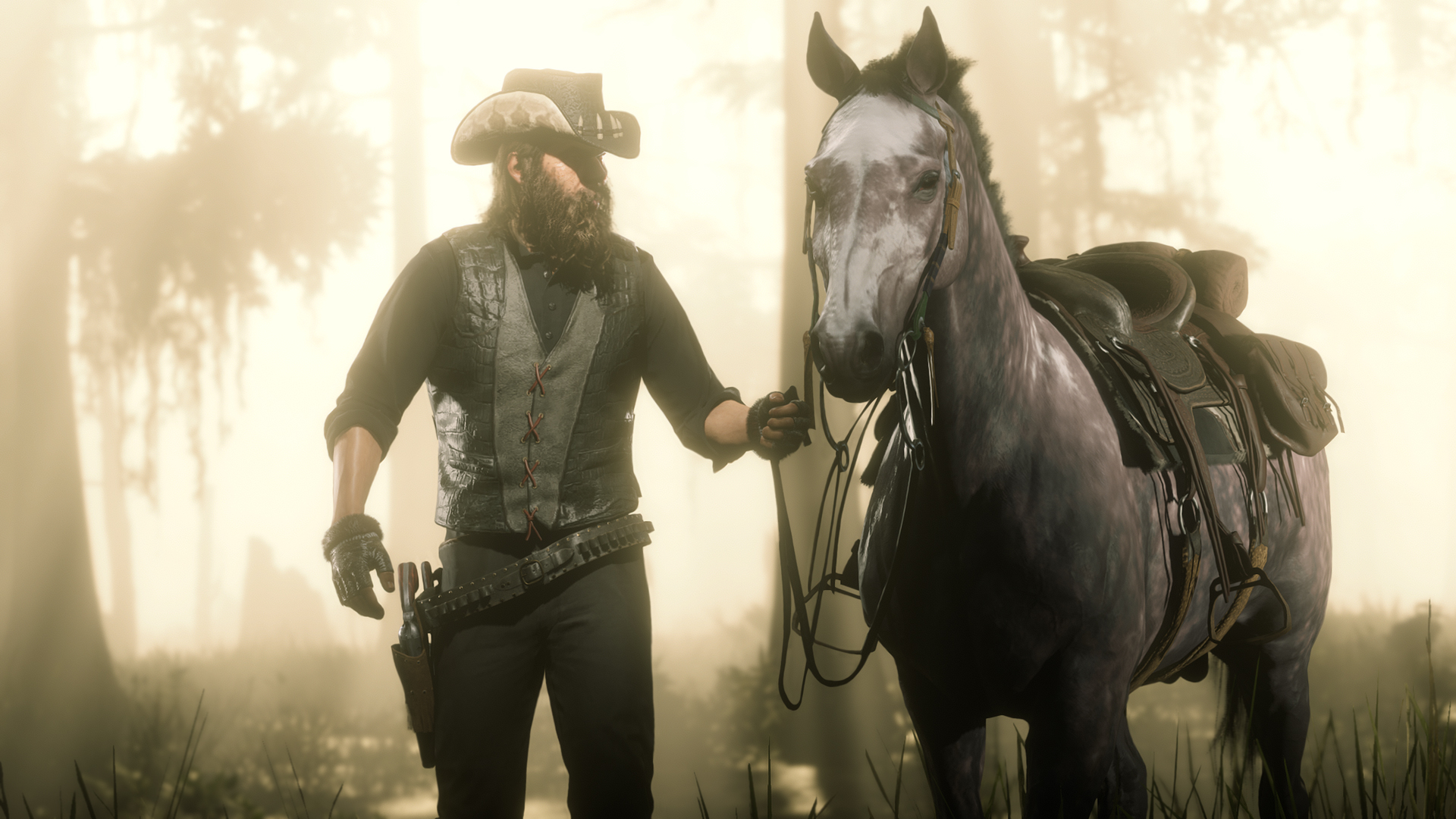 Where many players like to get their griefing kicks by shooting you for no reason or hogtying you as they ride past on a horse, most players in Red Dead Online are friendly these days. Enter the friendly griefer. Their goal? To slightly inconvenience you as you attempt to sell some pelts.

If you lock on to another player’s horse, you can shoo it away with a contextual command. One RDO player was trying to sell some pelts they’d recently acquired, as another player took full advantage of this fact in the funny video below.

What I love most about this is how it ends – the victim didn’t blow off the perp’s head, he just readied his gun as if to tell him to jog on. He jogged on.

If you’re looking for more Red Dead Online content, here’s one person’s quest to get a bowl of stew from Valentine to Saint Denis.