The first in-game event of Season of the Drifter is about to begin, so let’s take a look at what’s coming during Arc Week.

Bungie has detailed the changes being made to Arc Supers that will be coming with the weekly update, which you can see below. There will be new Arc bounties to complete and Mayhem is returning to the Crucible so you can show off your powerful new Supers in style.

Though several Supers will be getting significant buffs this week, Spectral Blades is still being tweaked and might not receive any changes during Arc Week.

There will be four new Exotic weapons added to Nightfall, Strike and Crucible drops in the 2.2.1 update, too:

Gambit Prime invasion kills have also been nerfed, so they’ll only heal 8% of a Primeval’s health instead of 12%, and all four weekly role bounties will now grant Powerful helmets.

Arc Week runs from April 9 until the reset on April 16, when The Revelry will begin. 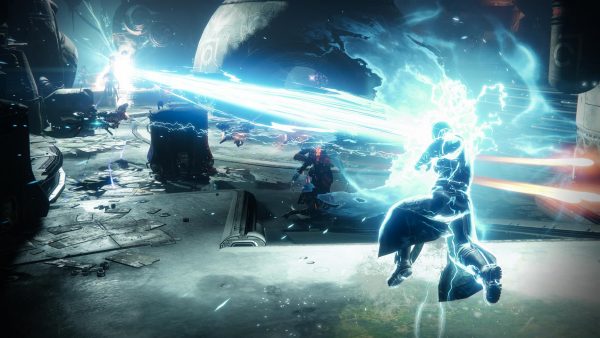 Whether you’re playing as a Warlock, Titan or Hunter, your Arc Subclasses are about to get a massive overhaul. Here are the kinds of changes you can expect to see for each class, as well as some tweaks to non-Arc subclasses.

Want more? Check out our ultimate Destiny 2: Forsaken guide for tips, tricks and walkthroughs for succeeding in Gambit Prime, how to find Thorn and where to find Xur and his Invitations of the Nine.