Assassin’s Creed Odyssey’s hierarchy of Mercenaries feeds you a steady stream of high-powered bosses to fight throughout the entire game. It’s a bit like the Nemesis System from the Lord of the Rings games, and gives you access to some of Ancient Greece’s top tier loot. Here’s a detailed rundown of how the Mercenary system works in Assassin’s Creed Odyssey, and how you can use it to your advantage.

In short, Mercenaries are powerful enemies that wander the whole of the Classical Greek World. As long as you’re a law-abiding citizen, they’ll leave you alone, but start to break the rules and annoy powerful people, and they’ll start to hunt you down.

In the bottom right of the screen is the Bounty Meter. This determines how wanted the Misthios is in the world of Assassin’s Creed Odyssey. Murdering people or stealing items will increase the meter, and once it reaches a certain stage one of the helmets will turn red. This means that a bounty has been placed on you, and a hunter is actively pursuing you. 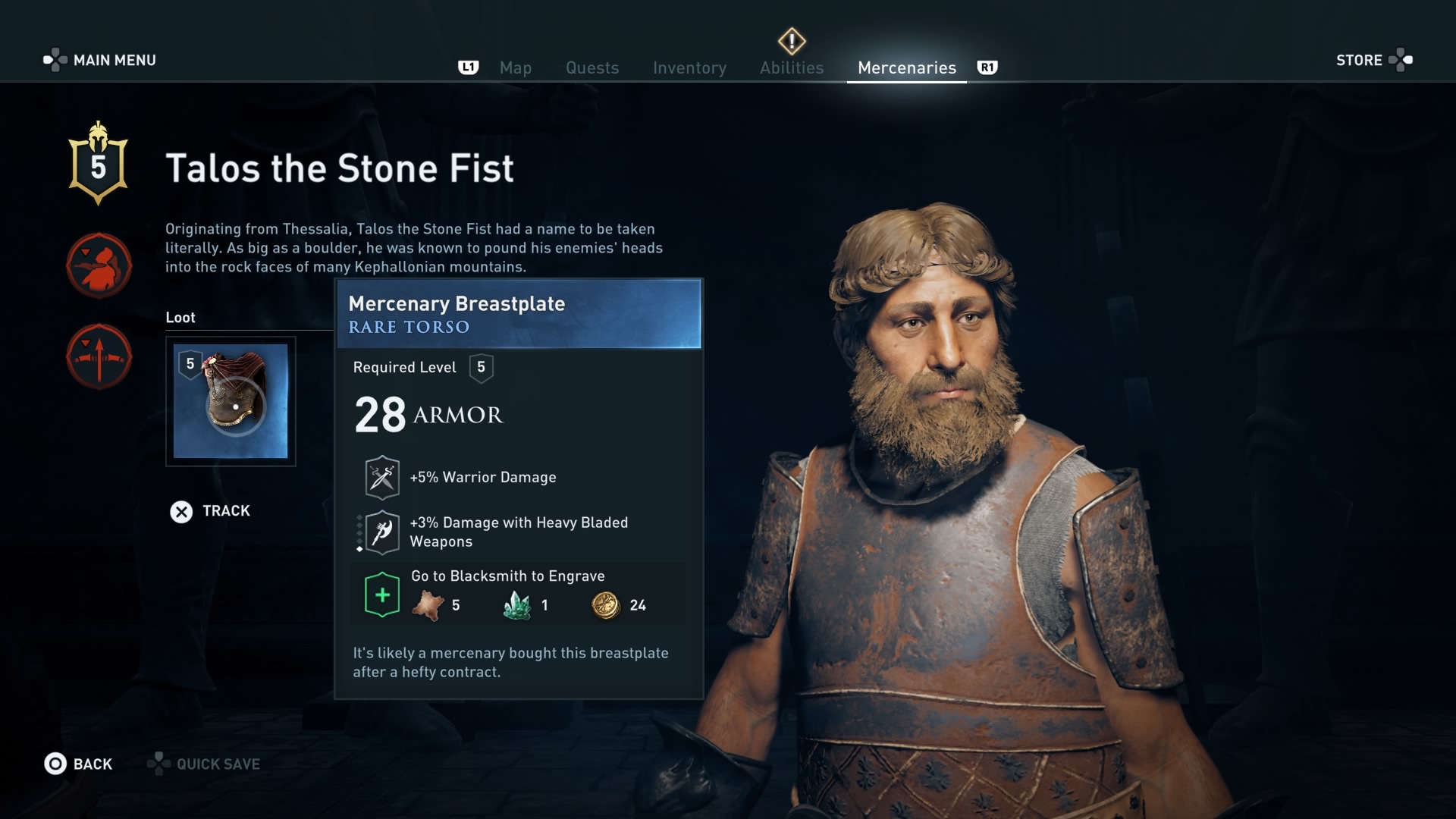 The more crimes you commit, the stronger and more numerous the bounty hunters will become.

You can pay off your bounty with Drachmae, or you can kill the sponsor, who will be displayed on your map. They’re usually in the local fort – which is marked with a large red icon when you discover it.

All Mercenaries will drop at least Rare level loot, and even sometimes have Legendary quality items. So if you want to fight them when you don’t have a bounty, feel free. This is how you acquire a lot of Assassin’s Creed Odyssey’s best armor.

Mercenaries also make for some of the best Special Lieutenants that you can recruit to the Adrestia. Scan them with Ikaros, and you’ll be able to see if they’re a gold quality sailor or not – if they are, then I’d suggest taking them out non-lethally. This can be done either by unequipping your weapons and fighting bare-handed, or simply by dealing the final blow of their health bar with the Spartan Kick ability – which incidentally makes it one of the best abilities in Assassin’s Creed Odyssey. 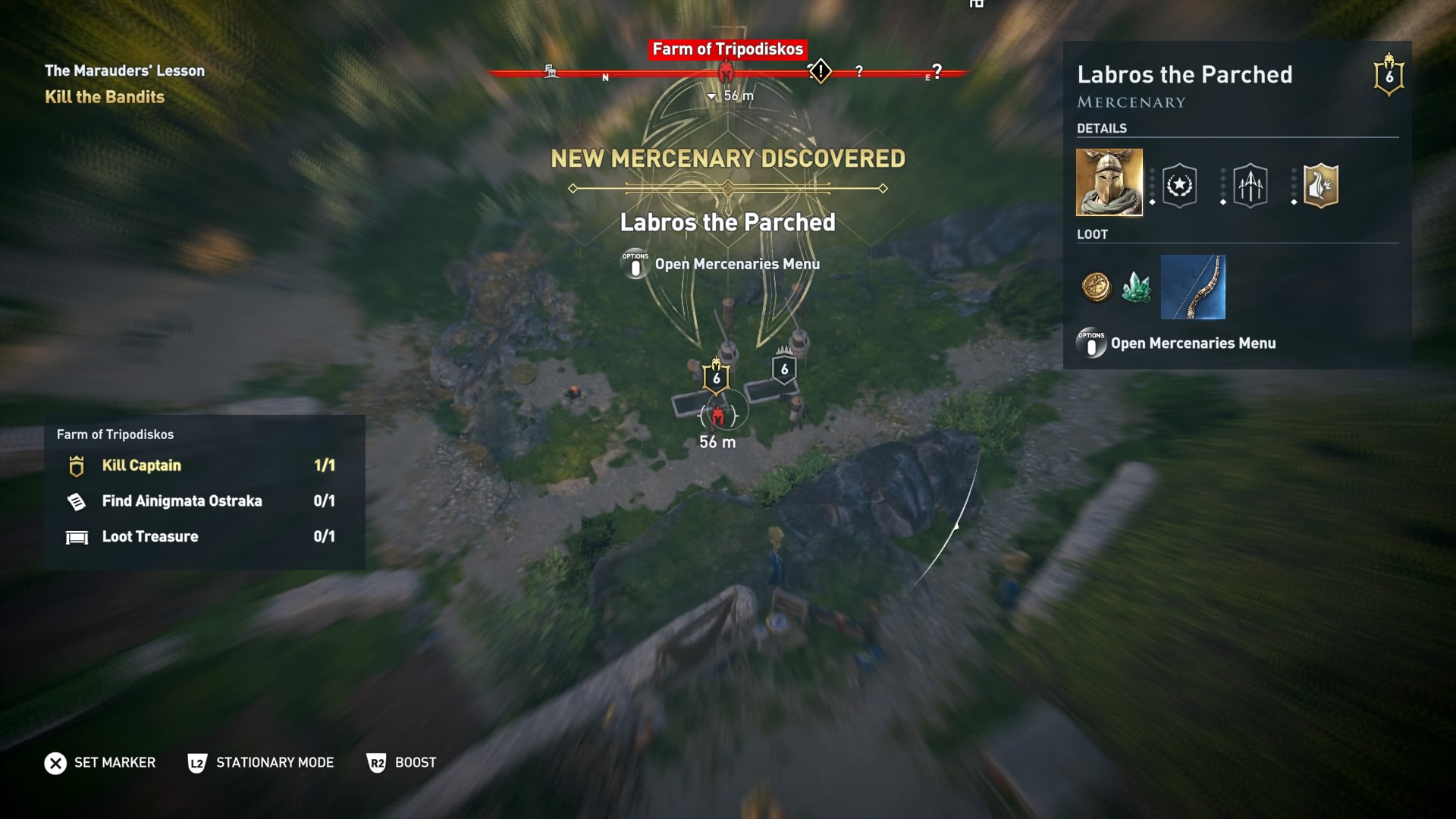 One thing to note though is that if you attack a Mercenary unprovoked while in a settlement, then the surrounding guards will attack you too. I found a great method to stop this happening though: when you see a Mercenary that’s not tracking you who you want to fight, just walk into them and bump them a load of times – they’ll eventually get annoyed and attack you.

In the Mercenaries tab of the menu, you’ll see yourself placed within the hierarchy of bounty hunters across the continent.

If you defeat a Mercenary that is higher than you on the Tier list, then you will move up one place. You can defeat as many as you like below you, but you won’t move up. Some of the highest Tier Mercenaries drop incredible loot, including some of the best weapons in Assassin’s Creed Odyssey.

Once you reach a new Tier, you’ll unlock a new bonus – they are as follows: 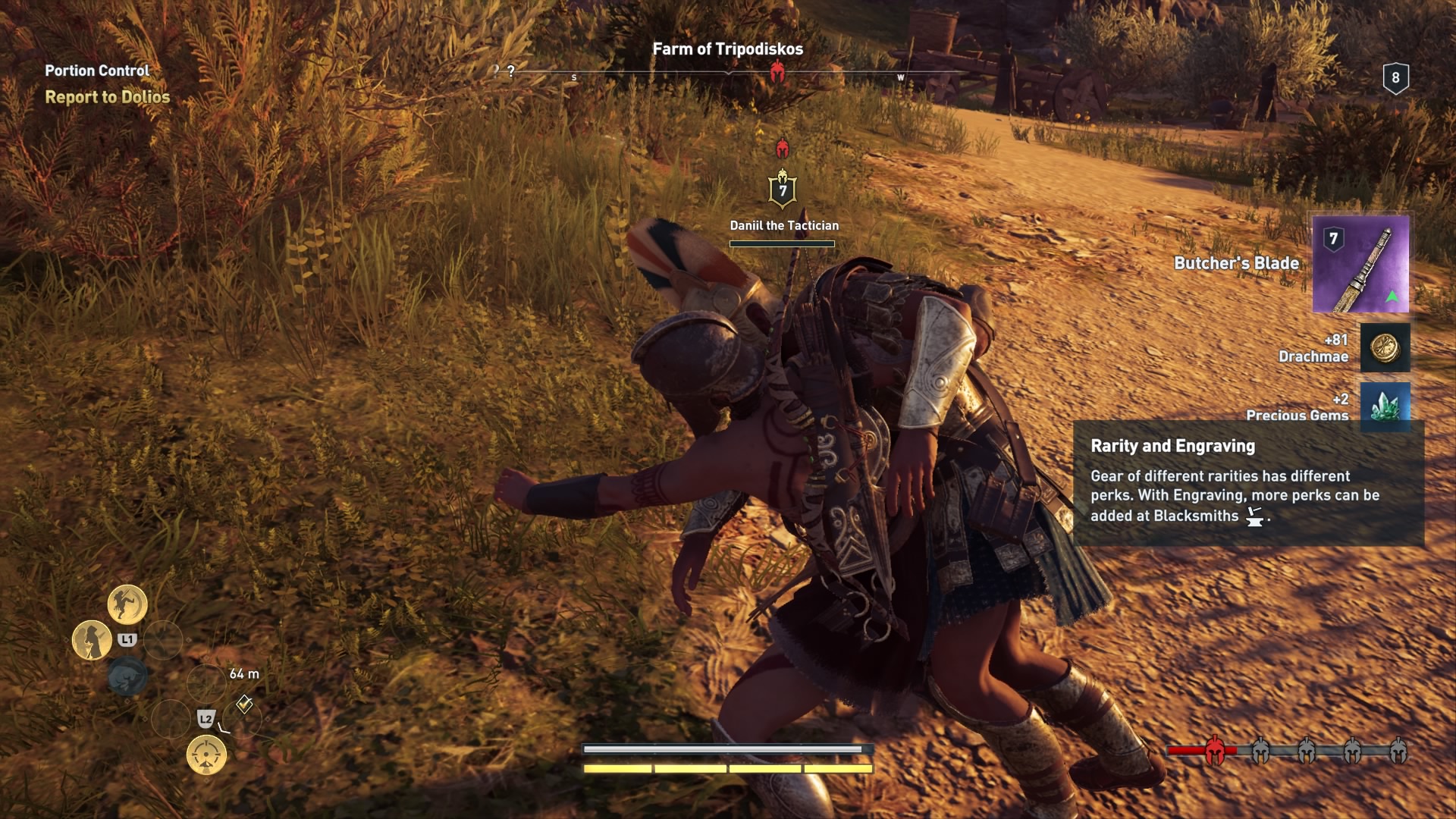 How to find Mercenaries in Assassin’s Creed Odyssey

On your quest to become number of Misthios, you might find that you hit a wall of shadowy “undiscovered” silhouettes. To discover new ones, you have a few options.

First, if you’re feeling callous, you can go on a bit of a crimewave, killing civilians and stealing stuff. This will send some bounty hunters your way pretty toot sweet.

Alternatively, you can try to take out Mercenaries non-lethally. Doing so gives you a chance to collect a Mercenary Clue, which not only fetches a decent amount of Drachmae, but will highlight someone new on your Tiers.

Finally, Mercenaries tend to hang around large settlements. One early game place that they seem to congregate is the Militarized Temple of Megara in Megaris – so try there. 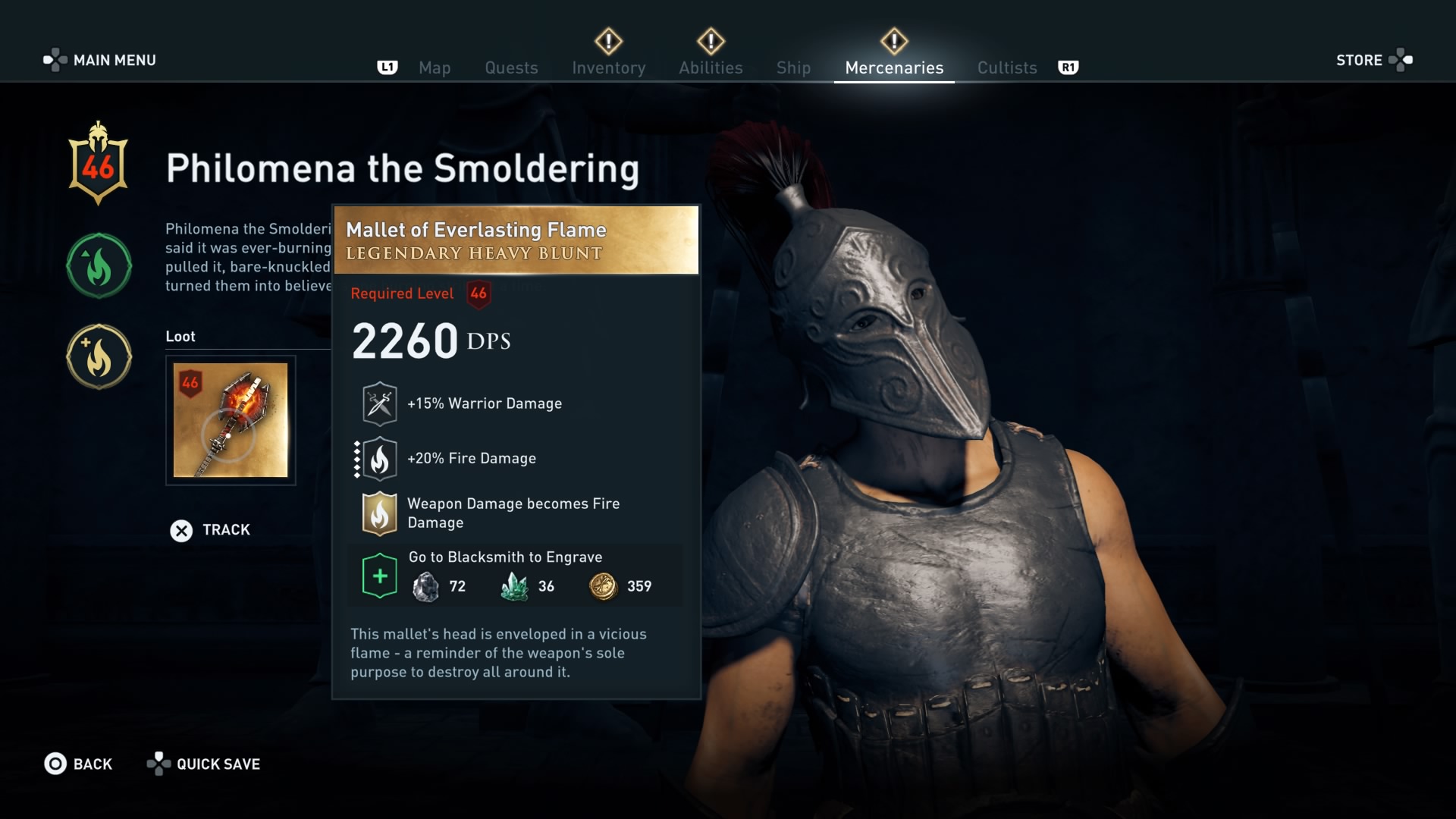 The Mercenaries that you face all have special abilities that determine their strengths and weaknesses, here are the ones that we’ve seen so far:

If you’re just starting out with Assassin’s Creed Odyssey, check out our ultimate guide.