Beware the snakes in the grass – who knew to take Nikoloas’ words so literally? Here’s how to complete the Snake in the Grass quest and find Elpenor in Assassin’s Creed Odyssey.

Snake in the Grass quest guide – where to find Elpenor

After his betrayal in Pilgrim’s Landing during The Wolf’s Fate quest, it’s time to track down Elpenor – he’s still in Phokis, but that’s not much to go on.

Thinking back to Nikoloas’ warning during the Wolf of Sparta quest – “beware the snakes in the grass” – his choice of hiding place becomes a bit clearer.

From Pilgrim’s Landing in Phokis you need to head east to the “Valley of the Snake” area. It’s northeast of the Desphina Fort.

You can activate the Satyr’s Respite Synchronization Location for a convenient fast-travel point along your way – it’s in the west of the Valley of the Snake. 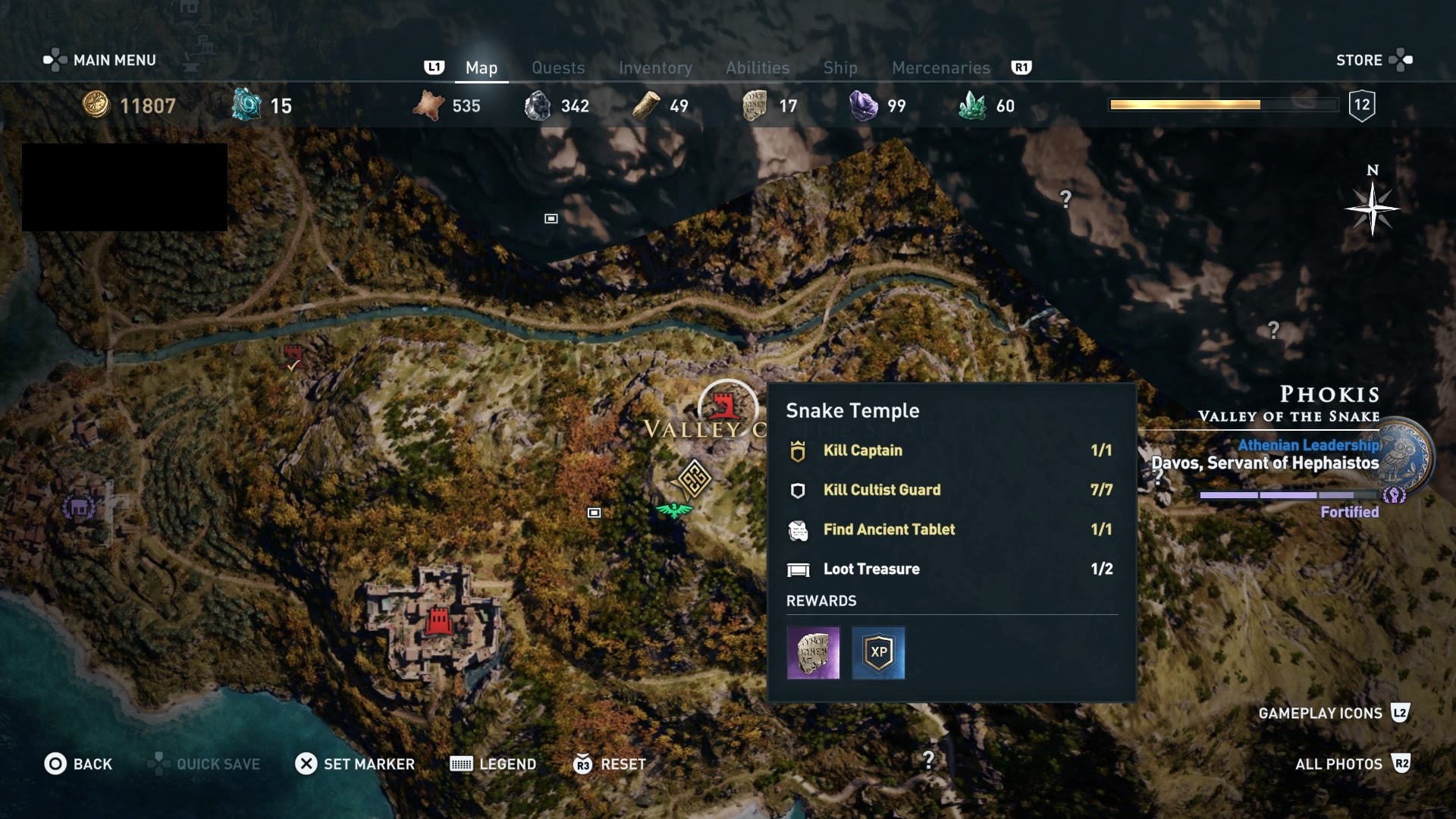 Deal with the guards and collect the loot, then make your way to the cave opening in the southwest of Snake Temple, up on the hill.

Inside you’ll find the man you’re looking for: Elpenor.

To keep spoilers to a minimum, just know that what happens next can only go one way.

Completing this quest will open up a new line of enquiry for the misthios, one which will eventually lead to a system that gives you access to some of the game’s best weapons and armor.

While you’re in the Phokis area, why not try the Daughters of Artemis quest and take on the Kalydonian Boar? Or perhaps you’d prefer something more light-hearted to counteract the dark turning the main story’s taking – in which case, check out Assassin’s Creed Odyssey Romance guide. For everything else, check out our ultimate guide.