Alexios and Kassandra are always on the lookout for skilled Special Lieutenants to join the Adrestia, and most foes can be recruited into service for the right price. Uncovering the best crew members in Assassin’s Creed Odyssey isn’t easy though, so we’re here to help you assemble the saltiest band of sailors to ever voyage across the Aegean.

Not only are there different abilities that Special Lieutenants can have, there are four qualities of crew member that you can recruit.

There are four types of crew member that can join the Adrestia. Common, Rare, Epic and Legendary. Common and Rare Lieutenants only have one skill, whereas Epic crew have two, and Legendary crew have three.

Legendary Lieutenants’ third skill is usually coloured gold, and comes from a different pool of skills that other rarities don’t have access to. 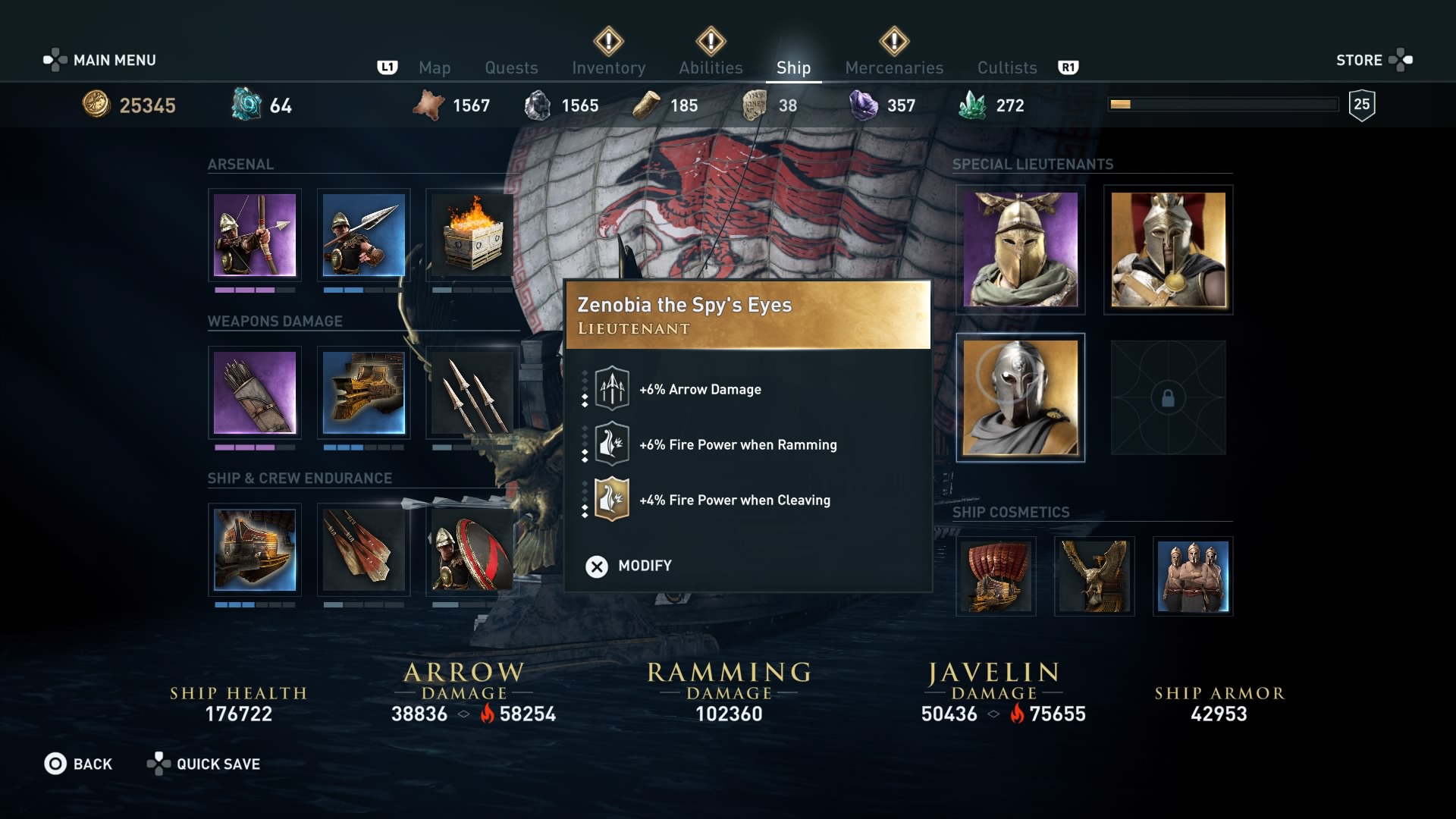 The only way to know what rarity level an enemy is and what skills they have is to scan them with your trusty bird chum, Ikaros. By pressing Up on the D-Pad and holding the Left Trigger to enter Stationary Mode, you can hover and scout out an area. Once you’ve tagged an enemy, keep the cursor over them and it’ll display a little portrait with their picture and their name. The colour of this portrait shows you what rarity they are: black is Common, blue is Rare, purple is Epic, and gold is Legendary. You’ll also be able to see what type of skill they have, but not the exact text.

Scanning a battlefield will allow you to pick out which people are worth recruiting to your ship. The best source of Legendary Special Lieutenants is Polemarchs from forts and Mercenaries.

To recruit an enemy, you have to knock them out rather than kill them. You can do this be sneaking up to them and pressing the left stick, but this can be difficult to do in one blow when you’re dealing with stronger adversaries. There are a few ways around this.

If you unequip all of your weapons, you will fight with just your fists – meaning that anyone you defeat will just be knocked out, not killed, so you’re free to recruit them afterwards.

Alternatively, you can fight them as you normally would with your weapons equipped, but when they’re very low on health use your Spartan Kick ability. It deals non-lethal damage, so will leave the enemy alive for you to recruit. This is the easiest way to reliably collect Special Lieutenants without faffing about in the menu unequipping stuff all the time, so make use of it – this is why we rate Spartan Kick as one of the best skills in Assassin’s Creed Odyssey.

Knocking out enemies so you can recruit them is also a brilliant way to gather some of the best weapons and best armor sets in Assassin’s Creed Odyssey.

As well as giving your ship bonuses, your Special Lieutenants will join your boarding party when you attack a ship after you’ve destroyed its mast in battle. If a Mercenary has been giving you a particularly hard time, try knocking them out and recruiting them – it’s great fun to have your old foe fighting alongside you. 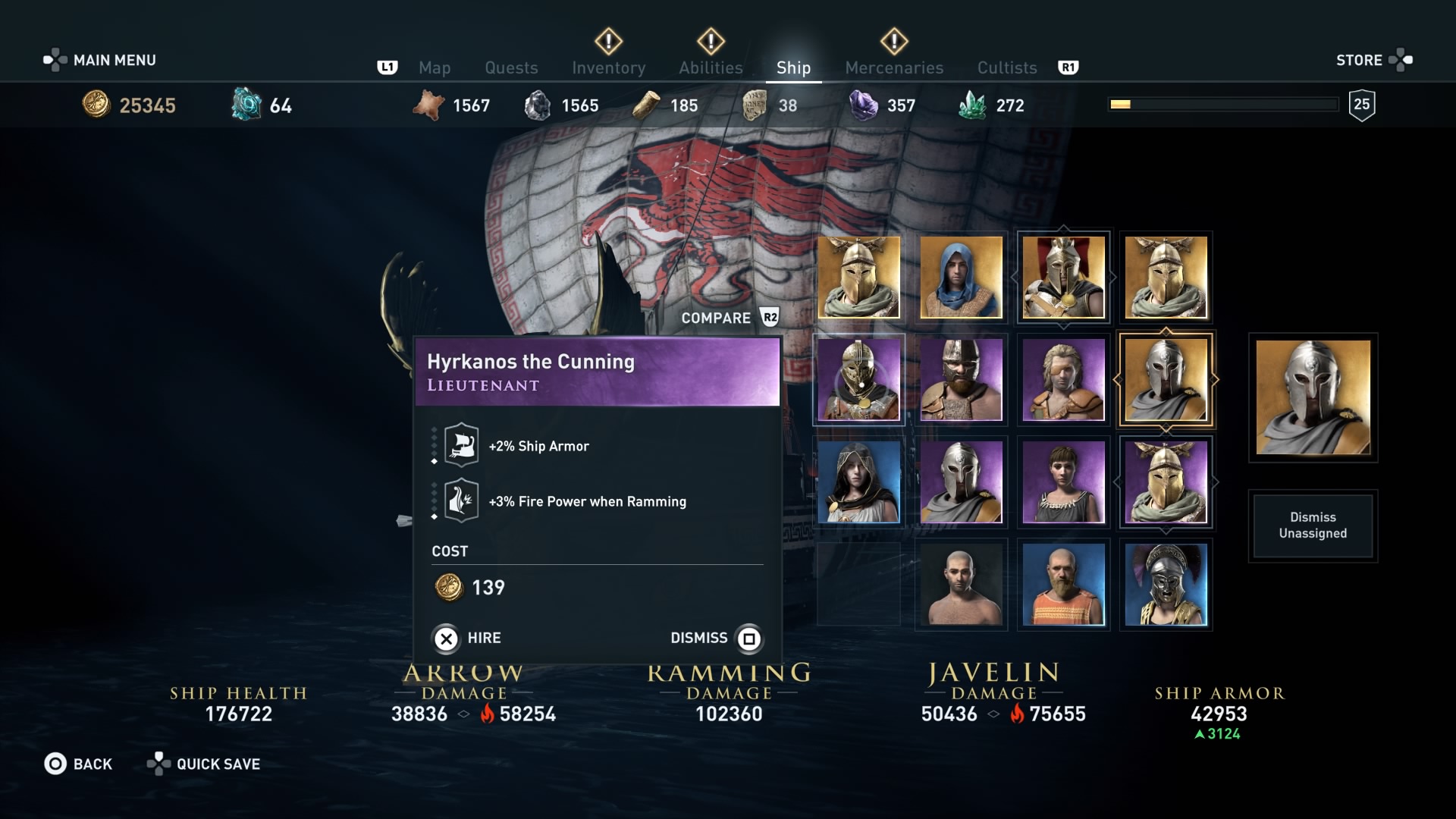 There are an absolute ton of skills that crew members can have, but some are more immediately useful than others. Ship Health and Ship Armor are great ones to look out for – they’re represented by a picture of a little ship with its sails open. And since you use them alot in naval combat, Arrow Damage is another great skill to pick up – you’ll know a crew member has this if one of there skills has a picture of three arrows. All of these ones we’ve seen so far are below, including skills we’ve only seen on Legendary crew: 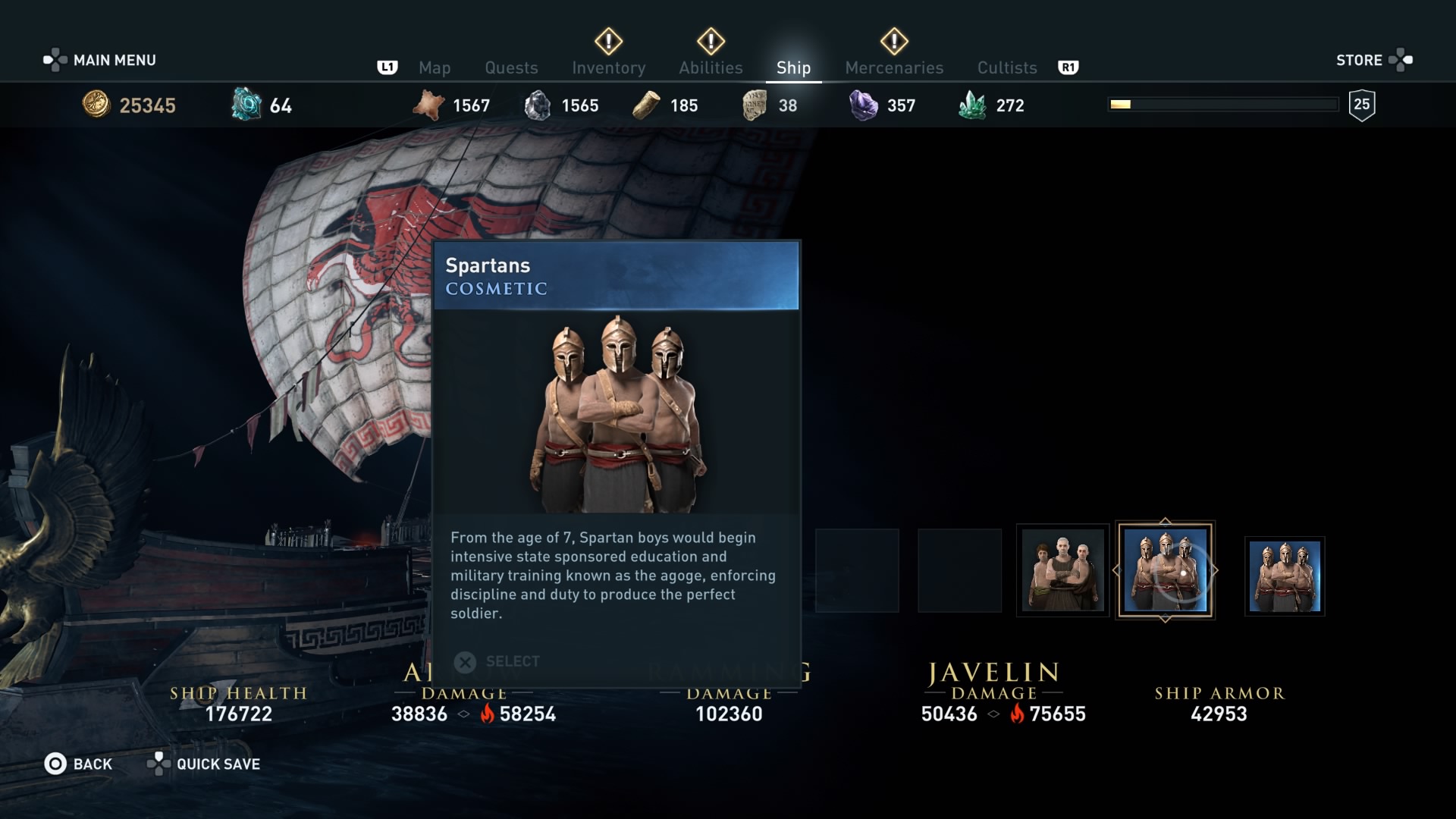 After starring in his own main entry to the series, the Assassin’s Creed Origins protagonist Bayek is looking for work on the high seas. Not really, but if you’re not too fussed about the implausibility of it all, you can add the Egyptian assassin to your crew roster.

There’s not much involved in signing him up, and it can be done while you’re still playing the game, as well as without using real money:

On your Odyssey, you can encounter characters in quests that once their story is resolved can join your boarding party. So far we’ve found: