Super Smash Bros. Ultimate features the most eclectic, huge cast ever assembled in a fighting game – but you’ll only start with 8 of the 76 total cast members playable. 60-some character unlocks takes a long time, obviously… but there’s some tricks to make it much faster. Here’s how to unlock characters – and quickly – so you can have a full roster as soon as possible.

While every single fighter from Smash Bros history is present in Super Smash. Bros Ultimate on the Nintendo Switch, you’ll start out with just the original 8 fighters from the classic N64 game that started it all: that’s Mario, Donkey Kong, Link, Samus, Yoshi, Kirby, Fox McCloud and Pikachu. That’s right – you don’t even get the 4 secret hidden characters from that first game initially.

Everyone is here, but aside from those 8 you’ll need to unlock every character – and over in the story mode, World of Light, you’ll start out with just Kirby, the only character to survive the cataclysmic event in Ultimate’s story opening. On this page, we explain the fastest way to unlock fighters fast naturally… plus a way to cheat the character unlock system to get them even faster still. 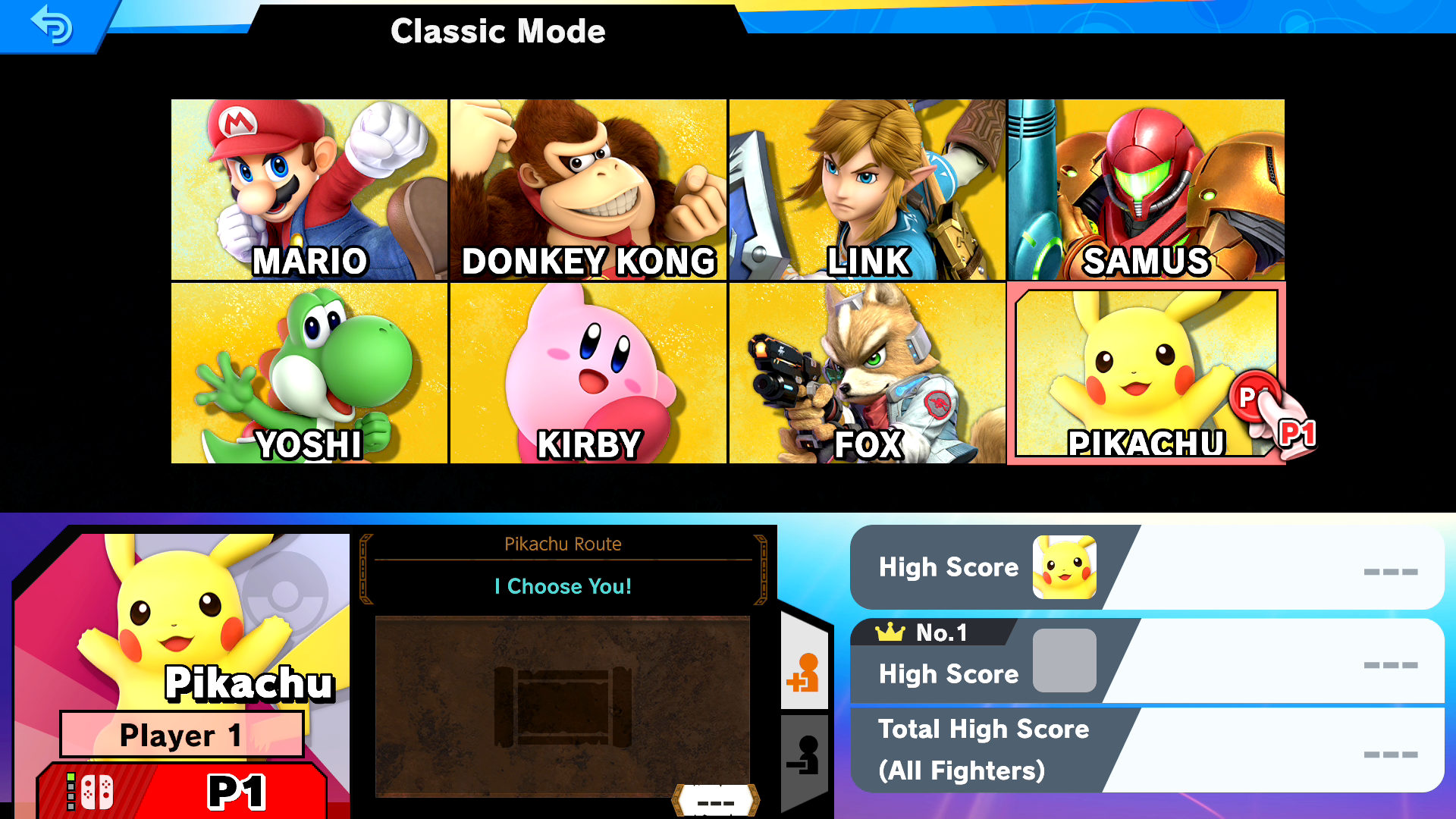 How to unlock characters in Super Smash Bros Ultimate

A lot of the time, Character Unlocks in Smash Bros Ultimate are relatively random. However, there are methods you can use to both speed up the rate at which you unlock characters and manipulate which characters unlock in what order. On this page, we’re going to detail exactly how to unlock characters quickly, plus how to target certain specific characters if you wish

Anyway, there are essentially three ways to unlock characters in Smash Ultimate:

With these methods in mind, let’s talk about how you can game the system to unlock characters very, very quickly indeed…

Here’s the headline: random character unlocks in Smash Ultimate run on a ten-minute timer, and that timer can be cheated. What does this mean in real terms? It means you can reset the game and force another encounter more quickly than you otherwise would. The easiest way to do this is in Smash mode – the basic versus multiplayer of the game, which can be played against AI as well as humans. Here’s the step by step of how to do it:

This way, an unlock process that should take between eight and twelve hours can be streamlined down to a few short hours. It’s still a grind, but this is a fast, reliable way of unlocking characters – and it’s how we did it. 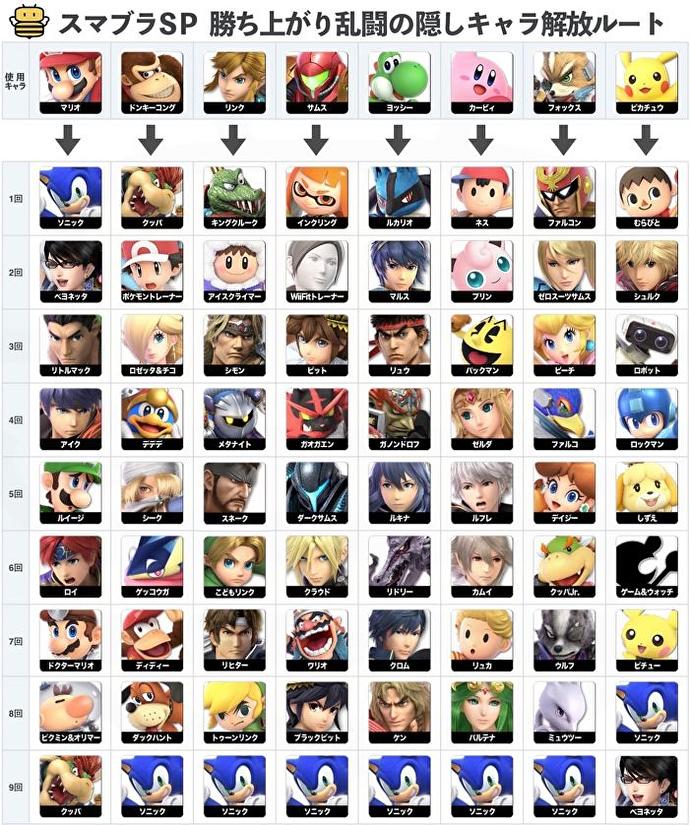 If you want to unlock a specific fighter, the quickest way will actually be classic mode. World of Light unlocks are spread out throughout the mode, with some characters coming hours in, while other unlocks are random. In Classic Mode, however, there is a natural order to things, as depicted in the image above from Japan.

This image is easy enough to read: the top row are the original playable eight characters. Each row cascades down from there. So completing Classic Mode as Mario will unlock Sonic; doing so as Sonic will then unlock Bayonetta. Some characters appear more than once throughout, so for instance you can either unlock Bowser by going right down the Mario line and completing Classic with Olimar or you can unlock him by simply beating Classic Mode with DK – the choice is yours.

Use this chart to plan out the quickest path your main if you’re looking to encounter a very specific fighter.

Consider what was said above – characters unlock both through World of Light and through merely playing the game. If you want to unlock all the fighters in Super Smash Bros. Ultimate quickly, you can combine these two methods. It’s simple, but it works. Here’s what to do: 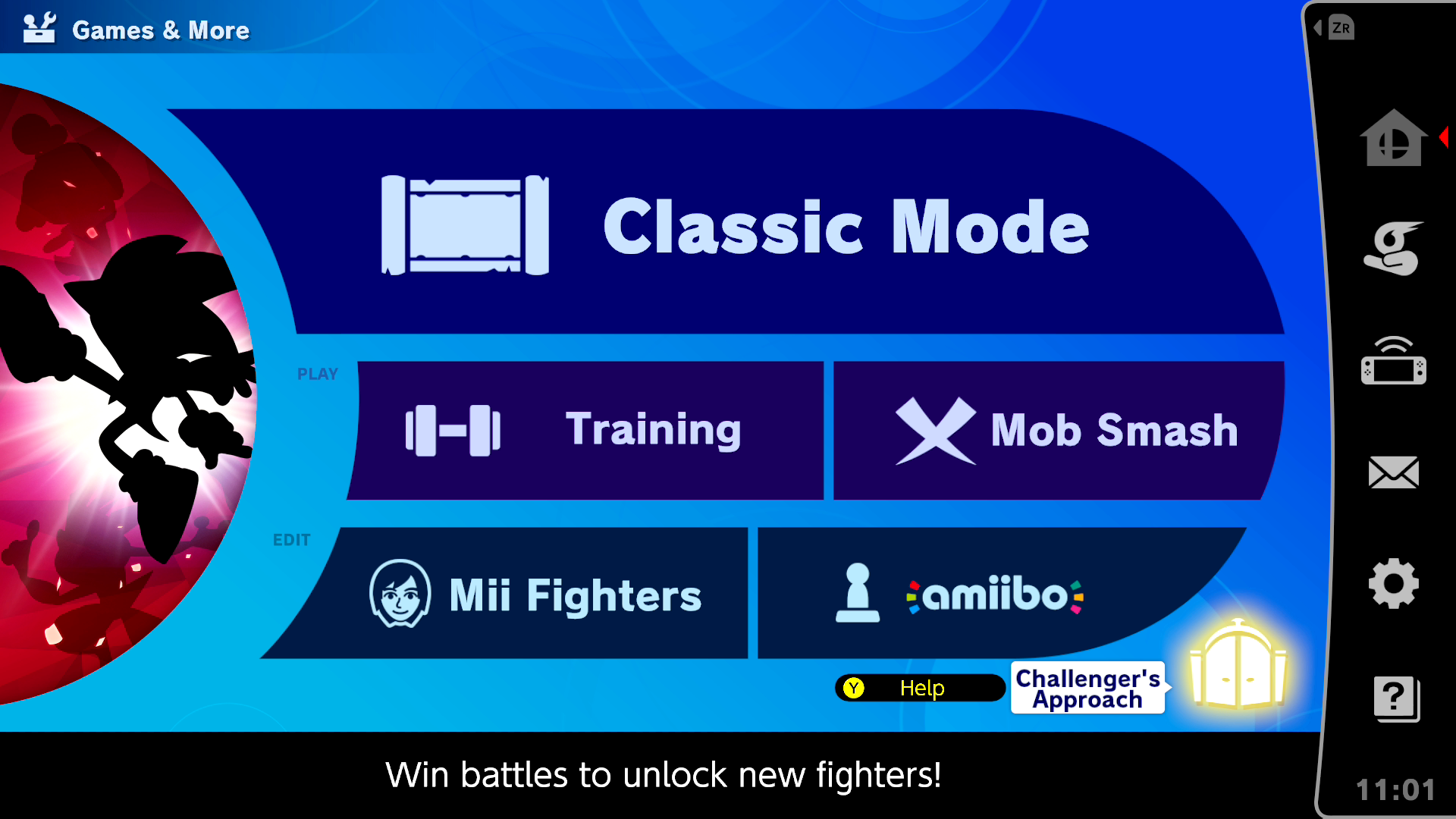 If you fail to stick the landing with an encounter, don’t panic. In World of Light you can retry, and even outside of it there’s a method to give you a second chance – Challenger’s Approach. If you lose an encounter, you’ll have a chance to retry the character unlock battle via a special menu option.

You’ll find the option to retry in the bottom-right of the Games and More screen, as pictured above. It’s on a timer, so fighters who beat you won’t reappear for a while – but when they do you can tackle them again for a chance to unlock them as a playable character. 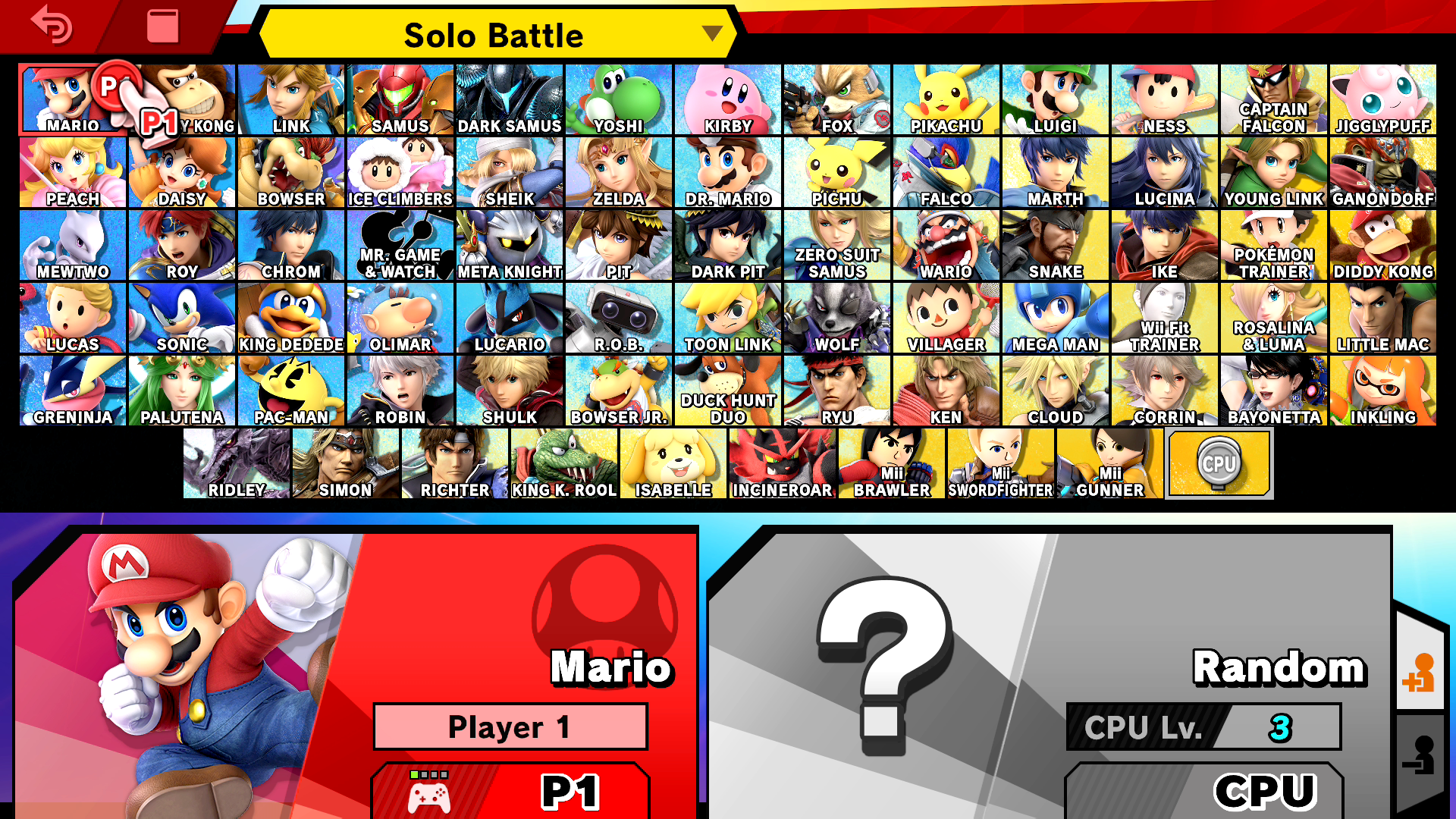 Here’s the character roster – who you’re looking to collect and add to your roster to ensure it’s complete:

There are a whole lot of stages in this game, too. Here they all are: