There are quite a few pre-order bonuses for Battlefield 5. We’ve covered the offerings in passing, but this guide should help you sort them out better.

Those who pre-order the Deluxe Edition of Battlefield 5 can start playing early. While you are aware of this, there is also a Battlefield 5 Enlister Offer in place.

The Enlister offer will be applied to all pre-orders of Battlefield 5. It includes six Paratrooper Sets, the Firestorm Ranger Set, in-game Special Assignments, and more.

Additional in-game bonuses will be provided with the Deluxe Edition at launch. This includes 20 weekly items with Airlifts.

DICE provided a breakdown of the various rewards for pre-ordering or choosing the Deluxe Edition. We have outlined everything for you below. 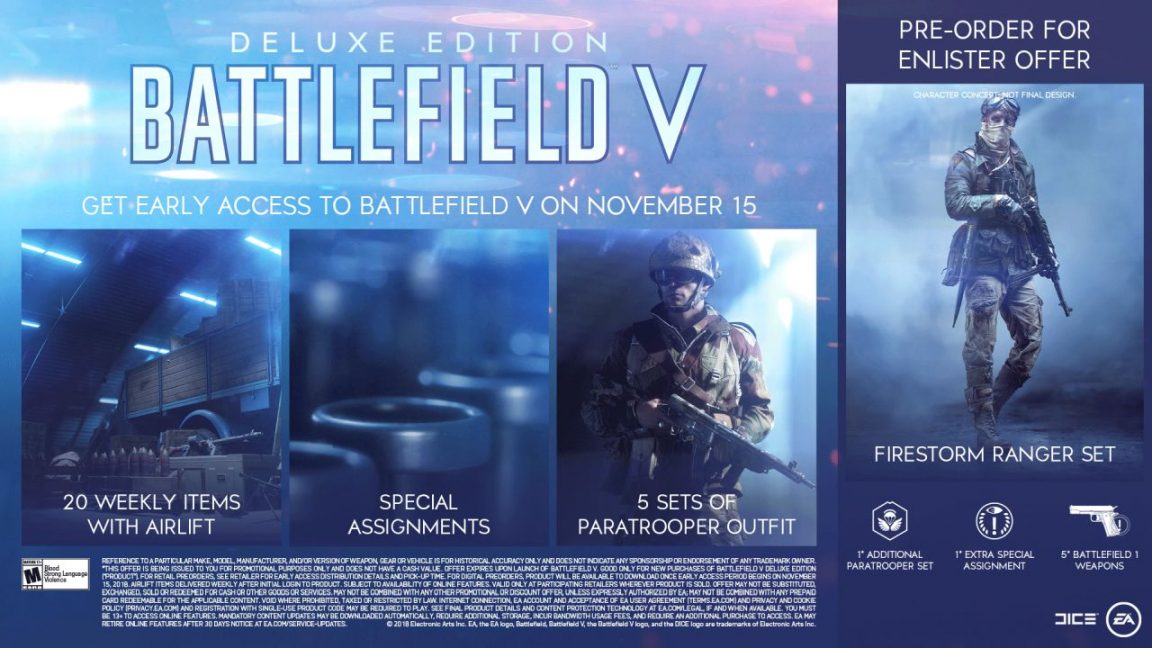 How to get every Battlefield 5 solider set

There are a total of nine Soldier Sets. Here’s how to get them all:

Battlefield 5 will release worldwide November 20 for PC, PS4 and Xbox One.

For more information on the game, here’s everything we know about Battlefield 5 classes, combat roles, Firestorm mode, war stories and more. Here you can also find a list of weapons and vehicles to be made available at release.