New skins and cosmetics being leaked has become the norm with Fortnite, and this week is no different.

Twitter users TwoEpicBuddies and FNBRLeaks have uncovered more skins, gliders and emotes after the v6.20 patch was released today.

We’ve got a few new skins for you this week, such as the Rosa and Dante reactive Day of the Dead skins, as well as Brainiac Jonesy, Patch Patroller and Summit Striker. The Deadfire Outfit is already available with the update.

There’s also the Raptor Arctic skin, which might appear as part of a bundle.

We’ve already confirmed the Dark Engine glider earlier today and the other two are some sweet owls to match the Rosa and Dante skins.

Next up is the backbling which includes the Galaxy backbling for the rumoured Galaxy skin, as well as a few capes, the Shackled Stone and another Day of the Dead face.

It wouldn’t be a leak without a few pickaxes, this time featuring two very cool guitars, bullhorns and spooky scythes. 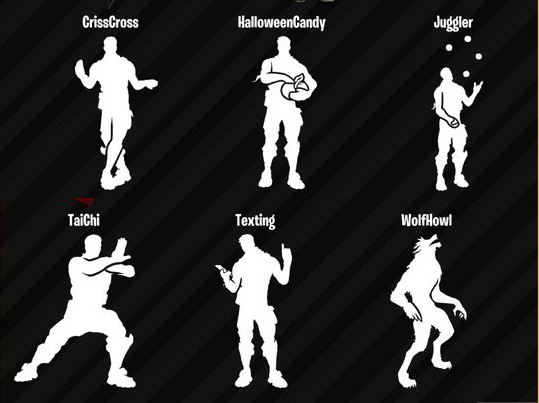 Last but not least, there a bunch of new emotes available, such as Criss Cross, Howl and Tai Chi.