More than its unmatched visuals and audio tour de force, there’s nothing more striking in Forza Horizon 4 than watching how it perfects every element of its formula.

It can be easy to assume Forza Horizon 4 is just another sequel for yet another racing game. This is certainly what those uninterested in the genre could take away from watching gameplay or reading reviews. It’s obviously not the case, but precisely why is best illustrated by examining the finer details.

This is a game all about capturing every nuance and staying true to every detail, whether that be in how it looks through the changing seasons, or the many toys it lovingly recreates from real-life. These little details will mostly be appreciated by those of us who have been playing since the first Horizon, and it’s gratifying to see long-standing issues addressed, requests granted, and tiny imperfections corrected.

From the moment you start the game, the change of pace can be felt as soon as you leave the initial season showcase. Your first four seasons are short, offering enough freedom to explore but not too much that you get to see everything. Each season is a teaser of something bigger, something mysterious the game doesn’t truly reveal until the end of the prologue.

Events slowly materialise, peppered around the world map carefully so as not to make it a mess of icons at the start. Overwhelming the player with map icons is a trap previous Horizon games fell into too quickly. Forza Horizon 4 always has something for you to look forward to, and it keeps reminding you that you haven’t seen everything it has to offer. All the way until level 40 – you’re still unlocking new event types, not just different race tracks.

The dozens of speed zones, speed cameras, and danger signs we’ve known from previous entries won’t populate the map until you engage with enough of them; another subtle, welcome change. 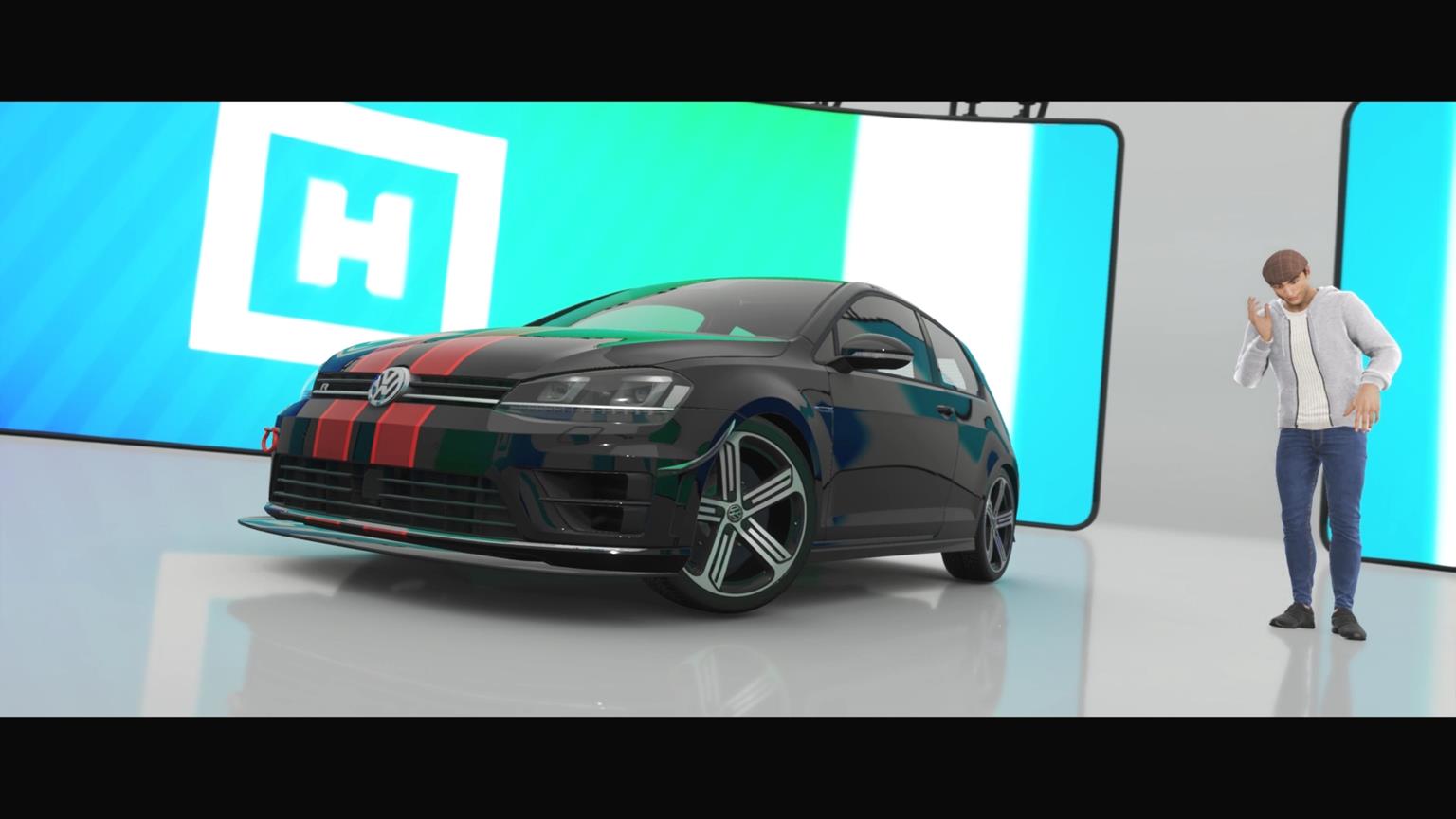 I’ve often called Forza Horizon openings the best in any racing game, because they know not to test your skills the moment you first touch the controller. Horizon games always start midway through a drive – not a race – to a major location.

These three minutes or so are instead used to set the tone of things to come. You immediately know what Horizon is about upon reaching your first destination, but Horizon 4’s little tweaks don’t start showing up until you finish the prologue and start your first season.

Body kits are new to Horizon, finally added after years of fan requests. There aren’t that many of them, but the ones there are significantly change up the look of the car, and push Horizon a step closer into the street racing culture-infused Need for Speed. Just knowing body kits are an option made me excited to check the tuning screen for every new car I got, something I don’t typically do in Horizon.

Player houses successfully serve two functions. They’re a money sink for those with enough of it to spare – as they offer perks you’d want to have – but they also serve as hubs away from the big festival site. It’s there you can customise and upgrade your car, not to mention explore the rest of the garage.

Having mini-hubs carefully situated across many of the world’s major locations invites you to explore these areas. Because your fast travel is limited only to the house you live in, not all the ones you own, it makes it easier to focus exploration on one segment at a time. It gives the world a bit of character, and it made me appreciate what the different regions offer rather than think of the map as one solid entity.

Changing your car, too, has been made better. No longer do you have to travel to a festival site, you can get them delivered to you and the only thing you’ll have to endure is a two-second loading screen. 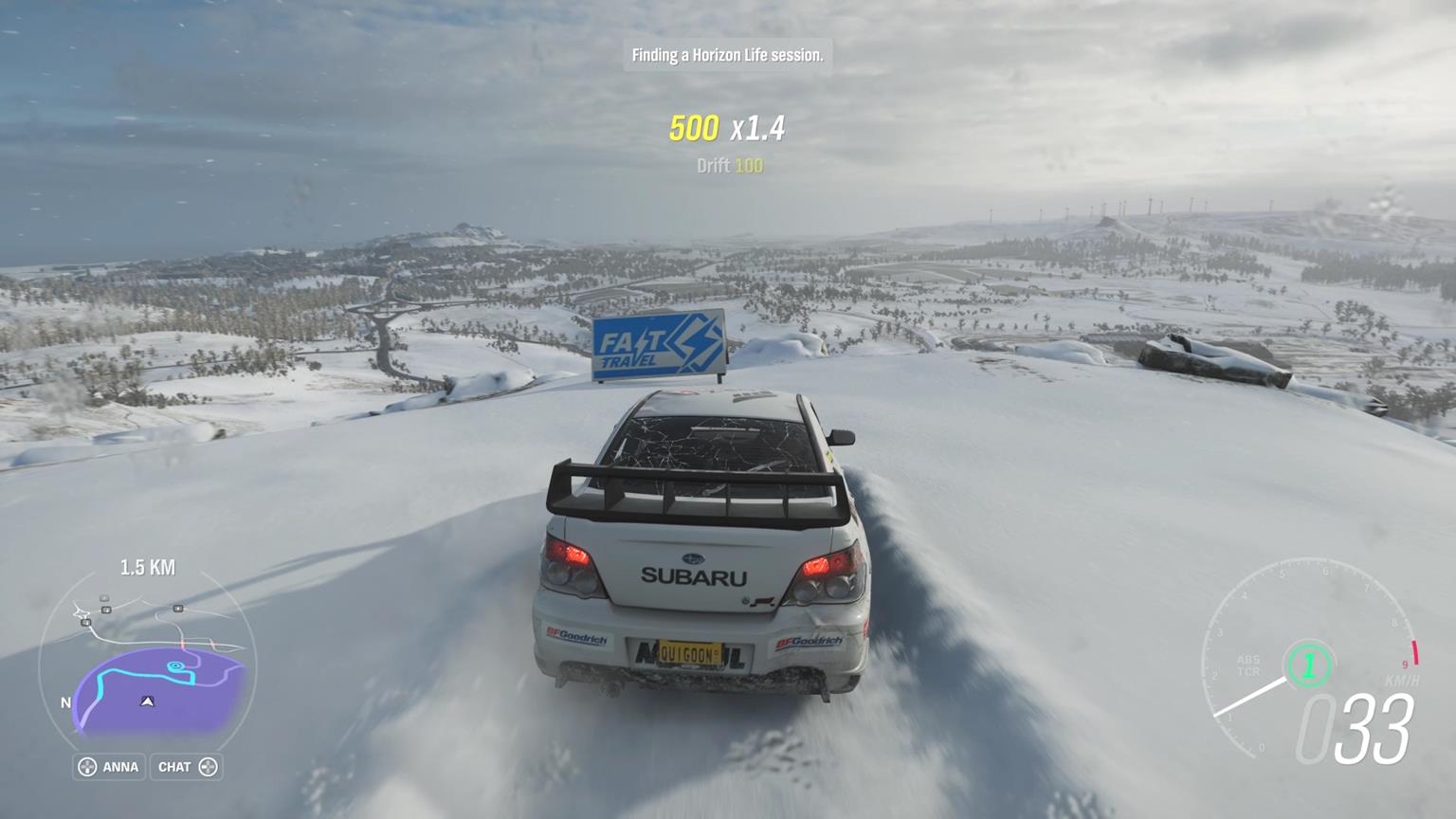 The creative community that powers Forza’s livery creation and designs is better represented here than in any other Forza. There’s an entire creative area dedicated to those players, and it’s well integrated into the game; enough that you can earn XP and level up just by creating and designing.

I am never imaginative enough to create my own designs, but I was tempted when I noticed how involved the process is this time around. Even if you never personally engage with this side of Forza, Horizon 4 offers a better way for you to browse the community’s work. I make it a point to check community liveries any time I buy a car, and I was delighted to see the menu displaying them to be more practical and better laid out.

You instantly get a preview of 12 liveries per page rather than six. Something as simple as this layout change may be insignificant in the grand scheme, but it serves a purpose; and more to the point, improves and perfects.

Racing lines reflecting on the hood of cars has always been seen as a blemish on Forza’s otherwise excellent presentation, and I was surprised to see them mostly eliminated in Horizon 4. It’s clear the game is still reflecting the road and everything on it, but the racing line has been hidden with crafty trickery.

I could go on about the clean, white-box aesthetics of the menus and post-race screens, the superb performance on PC compared to 3, or the bigger emphasis on customisation and player expression – but you get the idea. You’d be hard pressed to find one part of Horizon not touched up or upgraded in some way in 4.

Inspired by Destiny and many of today’s connected games, Horizon 4 also brings some of their best ideas to the racing genre. The concept of public events is alive and well here, represented by an hourly call to all players in the session to compete. Crucially, this isn’t just another multiplayer race, it can be any number of team activities where everyone can contribute to their team’s score.

Together with weekly-changing seasons, they provide a great excuse for a rotating set of themed content. 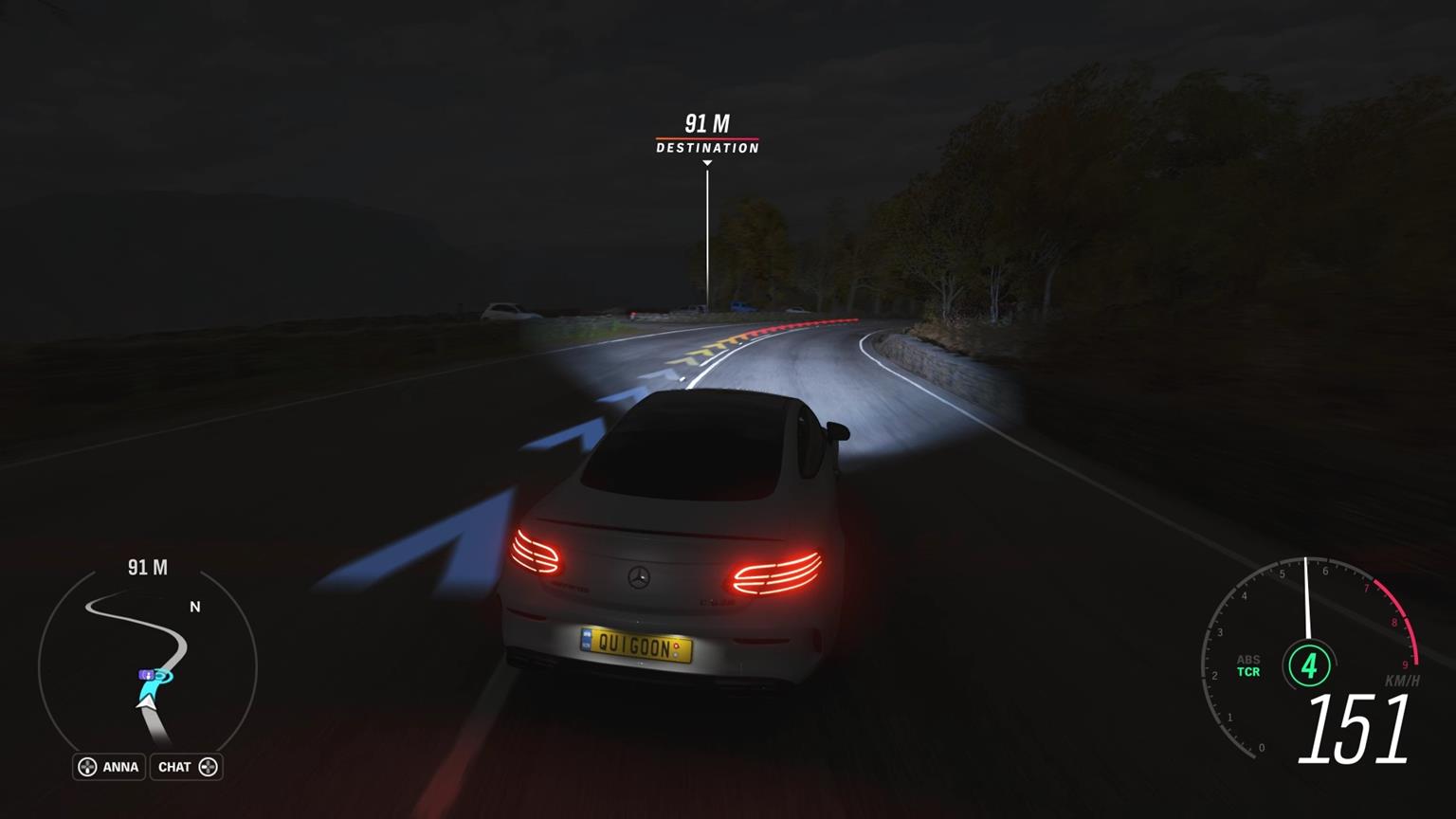 For as much of its core that it perfects, Forza Horizon 4 is also about easing the struggles that come with innovation. Horizon 4’s biggest push is clearly its persistent online component.

Being this serious about creating a shared-world Forza could have easily taken away from the enjoyment of the offline and single-player-focused among us. But Playground seemingly wasn’t content with a half-assed solution of leaving players waiting in menus only to have to restart when matchmaking fails.

If you allow it, the game will always try to get you into a server, and you’ll find out when it succeeds with an elegant notification. Nothing you’re currently doing will be affected, and you can continue pretending you’re playing an offline game for the rest of your session if you prefer. When matchmaking fails, or you disconnect for any reason, it’s another notification updating you on what happened. You never have to back out and reload anything, or feel like you’re at a disadvantage for wanting to keep it offline or having a terrible connection.

AI ghosts populate the world in offline mode in the same way as they’ve always done since Driveatars’ inception, and they’re replaced with real players whenever you go online. Even then, Horizon 4 is smart enough to always ghost other players around you to cut down on griefing. Traditional multiplayer modes weren’t left behind due to this live service push, either, as Horizon continues to make it possible for all to enjoy this classic, more competitive style of multiplayer.

Daily and weekly challenges create reasons for players to check in regularly, and the exclusive rewards make it worthwhile.

Every step of the way, Forza Horizon 4 feels like a mature, end-of-generation product. Something confident enough in what it brings to try new things without having to go through the growing pains of change. In all these ways and others, Horizon 4 is the perfect sequel; pushing forward without leaving anyone behind.