Fortnite’s building system made a swastika by itself, which Epic did Nazi coming.

Before Fortnite became the premiere Battle Royale simulator, it started out as a crafting-focused game. It features an impressively robust building system that allows players to create wood, stone, and metal structures, knitting textures together on the fly.

As some reddit users discovered, however, those textures will create swastikas if you line them up in just the right way. It was discovered while four players attempted to build a dance floor, only to look down and see the swastika. There is no word on how much of a downer this put on the dance party, but I’ll assume it was significant. 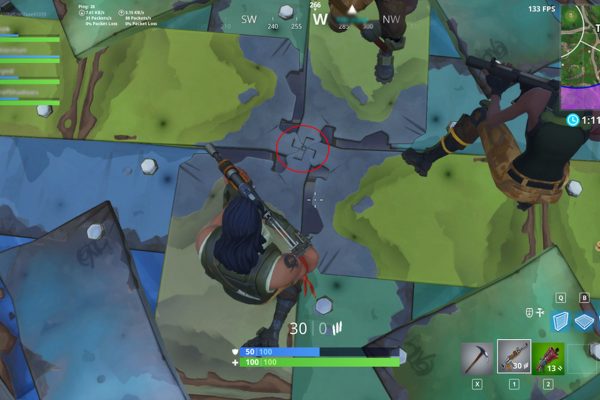 Naturally, this isn’t a look Epic wants a week after launching on a child-friendly video game system. The good news is this seems to be an accident, and should be fixed quickly. “This was unintended and will be addressed ASAP by adjusting the metal piece art,” Epic told The Verge.

If any of your structures currently have swastikas, they will probably be removed during this week’s update.