The Ubisoft store has two exclusive Assassin’s Creed Odyssey collector’s editions that not only come bundled with a bunch of nifty odds and ends, but also gives players early access to the game on October 2, three days earlier than the official release date.

The Spartan and Pantheon Collector’s Editions are exclusive to the Ubisoft store, and both include the season pass and an awesome statue.

There are a couple of differences between the description in the US and the UK store, namely that the UK store states that early access is for “PC digital only”, and also includes a Medal Necklace that’s limited to the first 10,000 pre-orders.

As with the Spartan edition, the differences between the US and UK store includes the stipulation about PC early access and the limited run of the Medal Necklace. 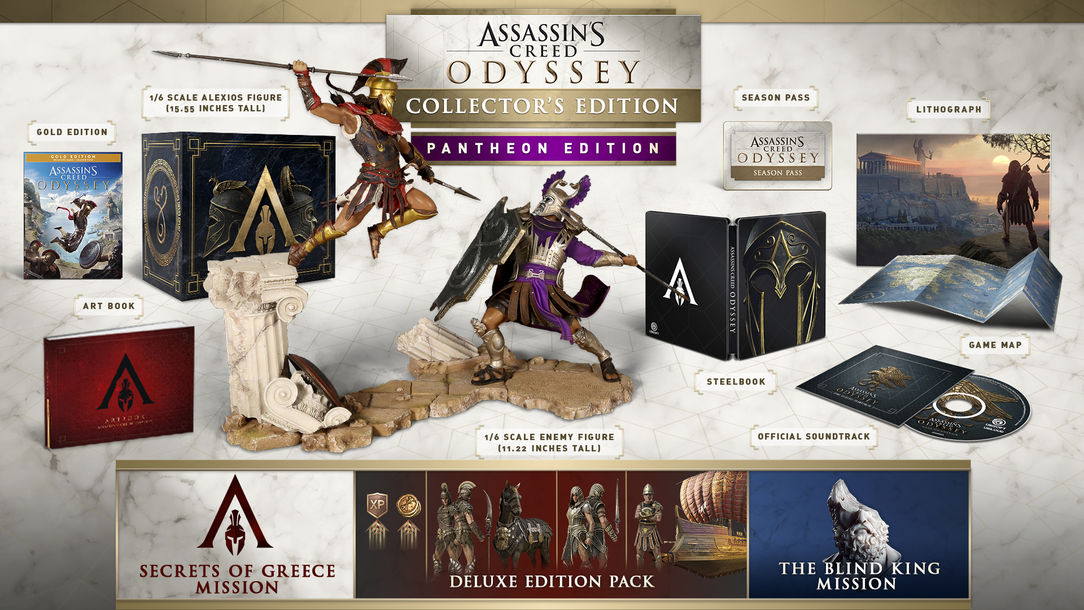 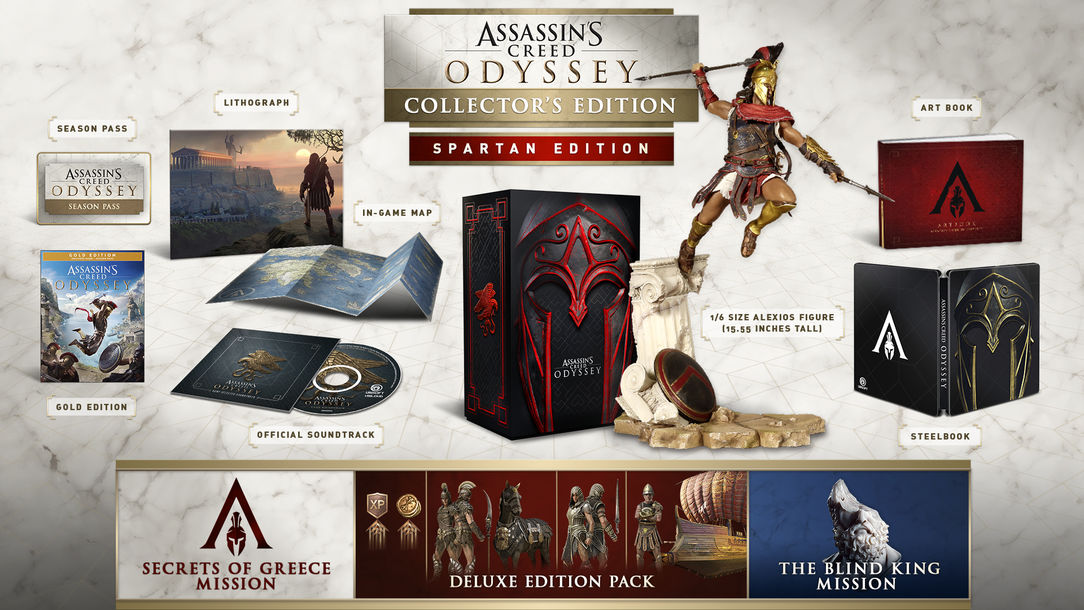 Assassin’s Creed Odyssey was officially confirmed at the start of the month following a leaked photo of a promotional keychain for the game.

Screenshots for the title were leaked the day before Ubisoft’s E3 2018 show, and the release date came via a broken embargo.

You can check out the trailer and gamplay details for the game right here.

Assassin’s Creed Odyssey launches on October 5 on PC, PS4, and Xbox One.