ARK: Survival Evolved is coming to Nintendo Switch this fall.

Studio Wildcard announced at GDC 2018 today ARK: Survival Evolved will be released digitally and at retail this fall for Nintendo Switch.

The news was announced during Epic Games’ “State of Unreal” keynote and the game was shown running live on the console.

Ark: Survival Evolved is being developed in conjunction with co-development studio Abstraction Games. It contains the complete contents and features of the original game, along with over 100 prehistoric and “fantasy-inspired” creatures.

“The Switch’s handheld mode provides a fantastic new capability for survivors who want to fully immerse themselves in the vast worlds of ARK,” said Jeremy Stieglitz, the game’s lead in the press release.

“With this new version, Switch players can go directly from hunting and taming while sitting on the couch, to forming online tribes and searching out new conquests when on the bus, waiting in line, or wherever they happen to be.” 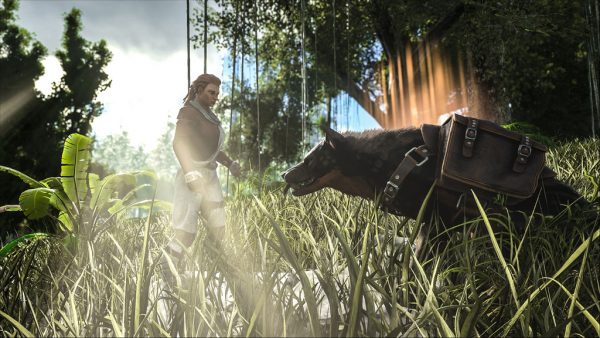 Studio Wildcard also announced that its partner, War Drum Studios, creators of the ARK: Survival Evolved mobile experience, sent out its first wave of invitations to the closed beta for iOS players.

It is currently available on PC, PS4, and Xbox One.