The Star Wars: Battlefront 2 beta is a solid example of what happens when blind boxes and RNG-driven progression systems infest a big-budget game, leaving good design by the wayside.

This likely isn’t the first time you’re hearing some combination of these words this month. From Forza 7 to Shadow of War, the trend of loot boxes and microtransactions in AAA games have reached fever pitch. Unfortunately, all that noise can sometimes make it hard to pinpoint exactly what all the fuss is about.

Pundits and players alike have seemingly been complaining about the same thing for years, so what’s actually different this year? Every game is unique, and indeed there’s more than one way to implement loot boxes and microtransactions, but Star Wars: Battlefront 2 has to be the most egregious example. It’s a game where you can actually pay for power.

The troubles all start with the Star Cards system. Star Cards can either boost one of your heroes’ and classes’ abilities, or grant you new ones. Like every game that incorporates cards, the ones here also come in different rarities. They’re not limited use, thankfully, but you will always be on the hunt for better versions of the same card, as you would be for the cards you don’t own.

The only way to earn these cards is to buy them using in-game credits. Microtransactions aren’t live in the beta, but it’d be naive to assume they’re not going to be part of the launch, or near-launch version of Battlefront 2. 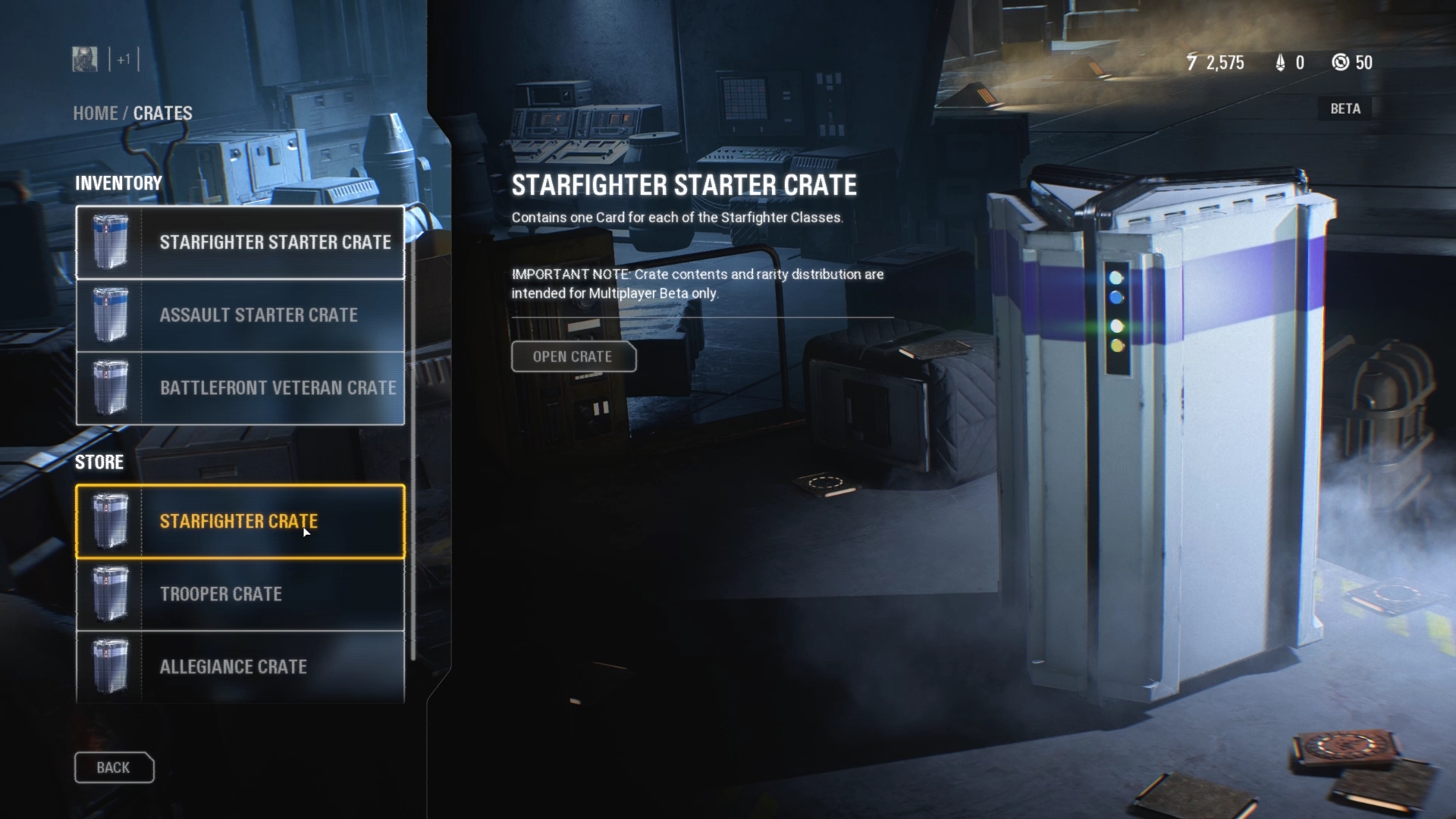 This wouldn’t be such a big problem if the game’s entire progression system wasn’t also tied to loot crates. Earning more cards is the only way you can level up a class, ship, or hero. Levelling up allows you to equip more cards (up to a maximum of three). And just to show you how the entire game is built around loot crates; they’re also how you’re going to get new weapons.

Your other option is spending Scrap – a currency earned only through getting duplicates in loot crates. You’ll get lucky with a loot crate sooner than you’ll have enough Scrap to buy the weapon you want outright. That’s because, if the prices in the beta are any indication, you’ll need quite a lot for a single weapon. Outside of dupes, there’s no guaranteed way of generating Scrap. Whichever way you choose to go, you’re at the mercy of RNG.

Gone are the days of playing the class you like to unlock the weapons and abilities you want. Everything your favourite class uses, how many cards it can hold, and how powerful it can be is all dictated by your luck with loot crates. Inevitably, you’re going to end up with a lot of cards for classes you don’t play. You’ll be sitting there, watching your least played classes make the most progression, and there will be nothing you can do about it.

Even if we assume DICE will offer class-specific loot crates at launch, you’re still going to have to grind for even the simplest means of progression. Remember, meaningful items like weapons and ability cards are fighting for space against victory poses and emotes in these blind crates. 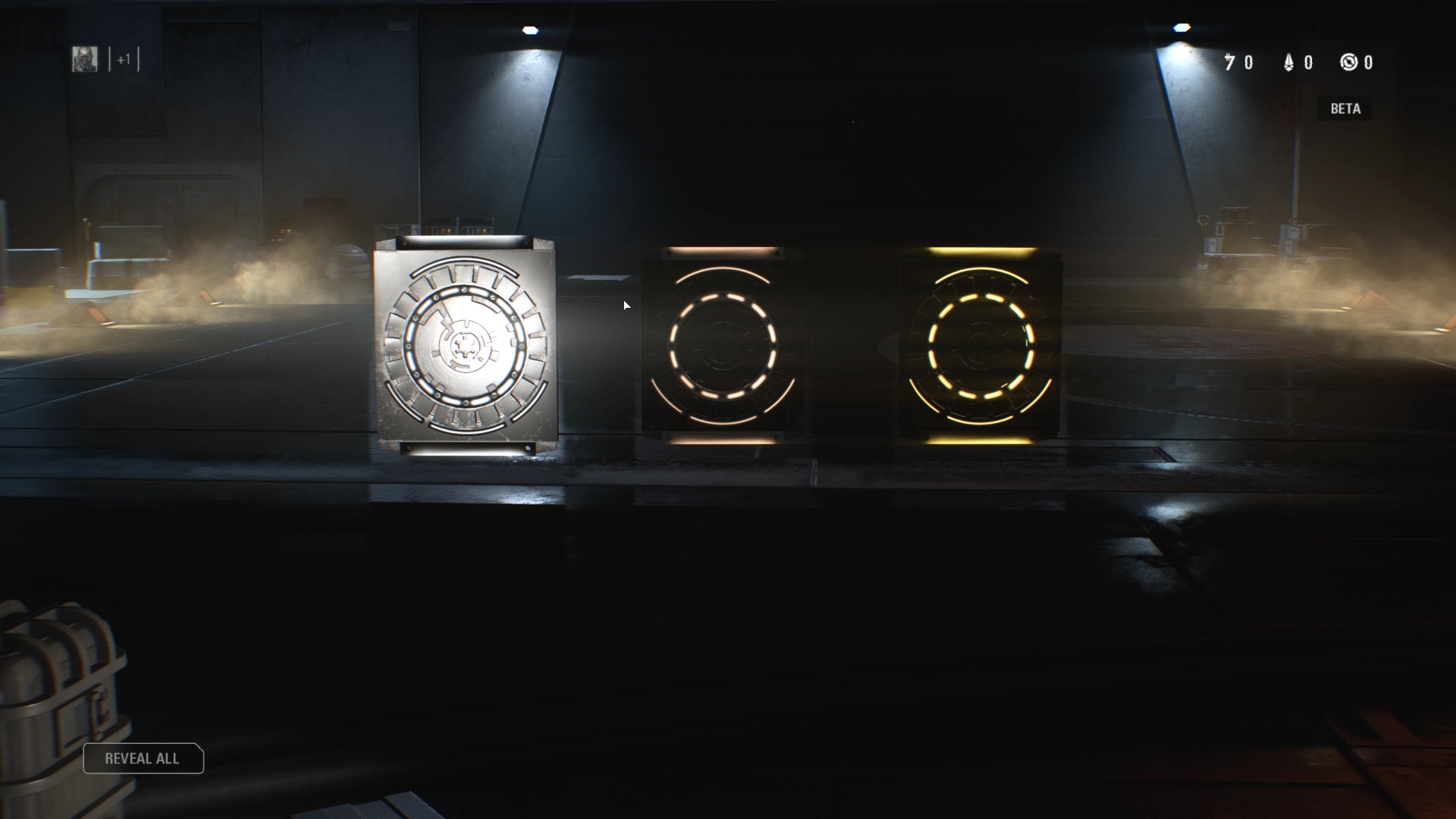 But that’s not even the worst of it. The biggest issue here, and one I hope doesn’t get ignored in all the rage about microtransactions, is that Star Cards offer huge gameplay advantages. The higher the rarity tier, the better the boon.

I am talking about rate-of-fire and health bonuses that start at 20 percent and go all the way to 50 percent or 60 percent. One of Boba Fett’s cards reduces the damage he takes while using Death From Above. It starts at 50 percent and goes up to a 100 percent, and that’s by no means an outlier. Some of these bonuses are so ridiculously high, I am not even sure they’re representative of launch values.

I used two cards on my interceptor class fighter. One increased the rate-of-fire and another prevented the weapons from overheating as quickly. Needless to say, I immediately felt an advantage in every firefight. A better player will be unstoppable with similar buffs.

“You’re going to have to grind for even the simplest means of progression. Meaningful items like weapons and ability cards are fighting for space against victory poses and emotes in these blind crates”

You could easily imagine someone spending a few dollars on day one, starting off with a nice big advantage without having played even a minute. It’s going to be a nightmare online when select few have noticeable buffs to their damage and health, effectively making gameplay worse for everyone that comes up against them.

Most unfortunate of all is that what we’re getting in return for allowing such a deep level of microtransactions integration may not even be worth it. EA promised free maps and heroes post-launch, but I’ve argued before that post-launch content won’t be anywhere near as plentiful as the first game’s. 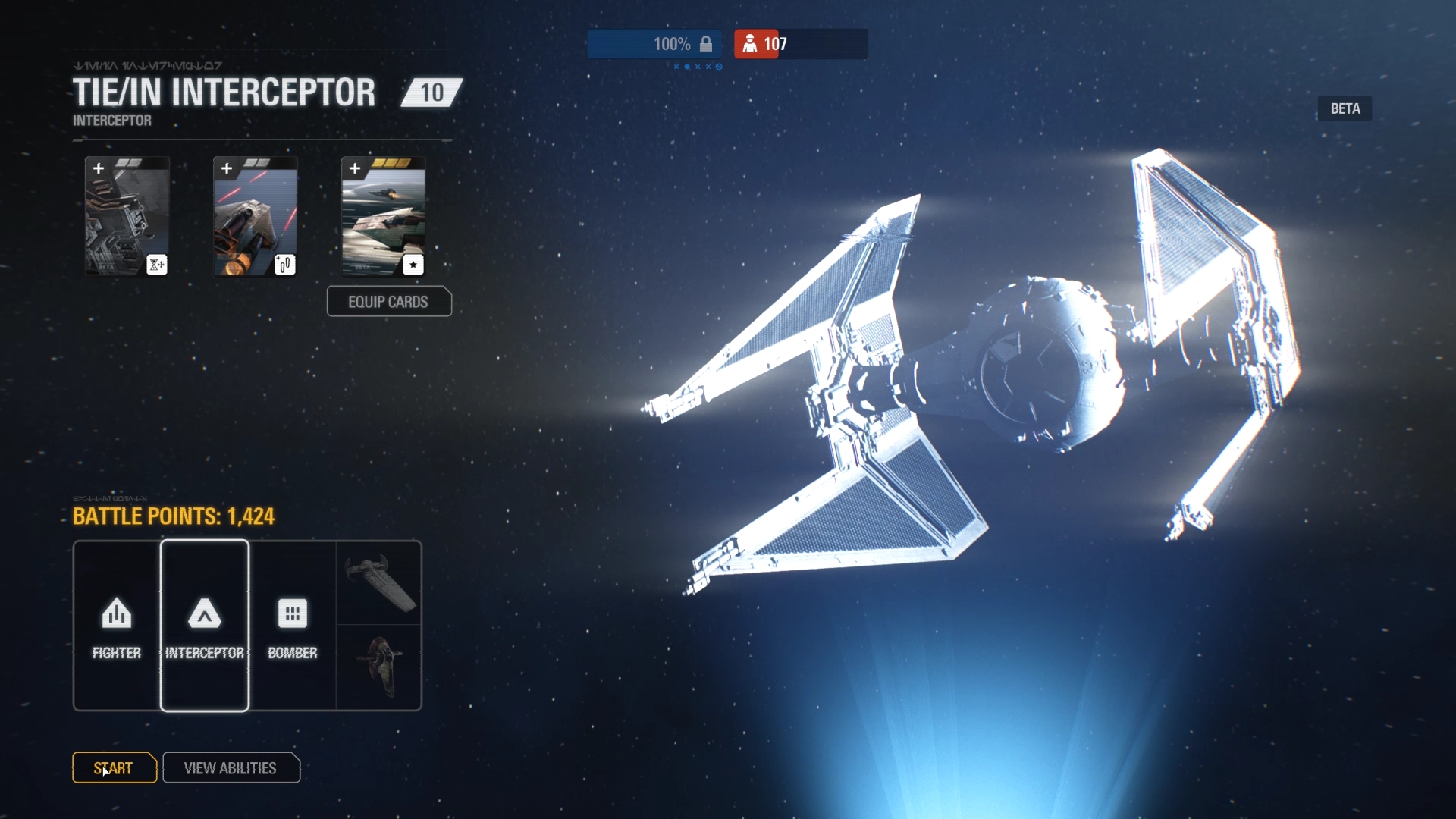 Even if you strip away all microtransactions, gameplay advantages this obvious would still be terrible when tied to typical progression systems. To have them also get awarded based on sheer luck is exploitative.

There are many ways DICE could reign in this travesty, such as a weight system where the most powerful cards prevent you from equipping lesser ones. It could offer Scrap rewards for anything and everything. It could untie class levelling from the number of cards you have. These and many others are all valid solutions, but it’s hard to get over how shocking this predatory system ended up in a live game – even in beta.

It bothers me that the discourse about Battlefront 2 is now dominated by all the talk about its business model. DICE made some good changes to the core gameplay. The infantry combat is more interesting, and starfighters don’t control terribly anymore. There’s a lot we’ve seen in the beta that’s worth unpacking, to say nothing of discussions about balance.

But we simply cannot ignore the games we love being seeded with this and other slimy schemes.