If you’re planning on getting Forza Motorsport 7 for Xbox One you’ll be required to download a day-one patch roughly 50GB in size.

According to the dev team at Turn 10 the game is around 95 GB in total, with 45GB on the disc and “the remainder will be available to download for free on September 29.”

“We’ve called this our biggest game, and the numbers bear it out: more than 700 cars at launch, 32 of the world’s greatest tracks (our largest lineup ever), a massive career in the Forza Driver’s Cup, and of course a huge list of ever-changing multiplayer and competitive modes that will keep players busy no matter their skill level or driving preferences. This is the largest game we’ve ever released in terms of sheer footprint size as well,” said Turn 10.

While the game is playable from the disc, content such as the unlocks from the single-player Driver’s Club campaign won’t be accessible until downloaded.

“While all players can complete the first play-through of the Forza Driver’s Cup on disc, beating the series unlocks a wealth of new Forza Driver’s Cup content, including new competitive and Showcase events, as well as new trophies and Driver Gear rewards. In order to access those new events and rewards, you’ll need to have the additional update installed.” 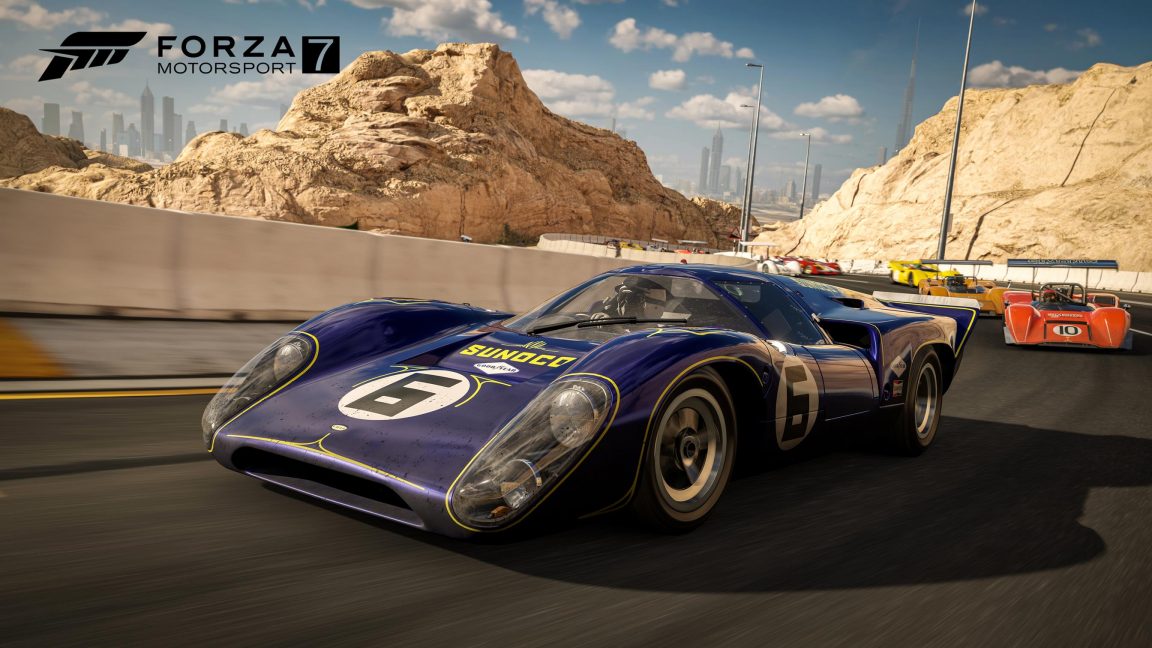 Forza 7 is available Sept 29 for Ultimate Edition owners, with the standard and deluxe editions available from October 3.

Although the majority of features will be available at launch, some won’t go live until later, according to Turn 10, including the auction house and league play.

“Some features in Forza 7 will not be immediately available at launch – including Auction House, #Forzathon events, and Leagues. Players looking for those features will see the “Coming Soon” notice by the features in the game menus. As our community of players grows in the weeks after launch, we will be enabling those features in game.”

“Over the coming months, we’ll be introducing our series of events in Forza 7, including new #Forzathon events, constantly updated Rivals and Hoppers that will make full use of our new homologation system (more on that next week), new Prize Crates (featuring goodies like Mod cards, Driver Gear, new cars, and more) as well as unveiling cars in our Specialty Vendor (which will feature a regular cadence of unique cars for purchase), and more,” said Turn 10. “The months ahead will also see new features to the game, which we’ll outline in further detail soon.”

And then finally on November 7, Forza 7 will receive another patch for Xbox One X owners, for “native 4K and solid 60 FPS with ultra-high resolution content and will be a free update for those who play Forza 7 on Xbox One X.”

If you’re looking to test out Forza 7 ahead of release, there’s a demo coming today around 6pm UK time.

Hoping for the usual updated time, around 6pm UK time I think but please don't hold me to that Zorbs 🙂