It looks like there’ll be a lot of updates to come for Pokemon’s mobile adventure.

Pokemon Company chief executive officer Tsunekazu Ishihara has revealed that as it stands right now Pokemon Go features only a fraction of the content and features planned for the game, and there are extensive plans for expansion including player-on-player battles and Pokemon trading.

“We’ve only accomplished ten percent of what Pokémon and Niantic are trying to do,” Ishihara told Bloomberg in a broad interview (and video) on the Pokemon brand in general.

“Going forward we will have to include fundamental Pokémon experiences such as Pokémon trading and peer-to-peer battles, and other possibilities. We’ve only covered 140 Pokemon so far. With more than 800 figures, there’s still much more we can come up with.” 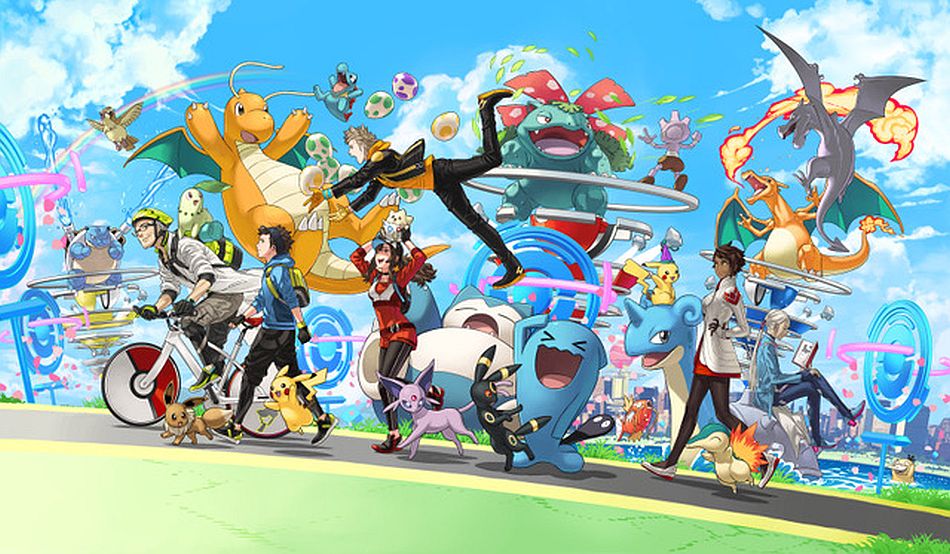 Pokemon Go has of course had a pretty decent and aggressive update schedule, over the last year and a bit since launch adding features such as gym battle raids against high level Pokemon, legendary Pokemon to catch and the entire second generation of Pokemon originally featured in Pokemon Gold, Silver and Crystal. Generation Three (Ruby, Sapphire, Emerald) of Pokemon and beyond are also surely on the table.

Ishihara also mused on the difficulties of designing Pokemon Go in the interview, touching on the difficulty on deciding on what types of Pokemon should appear in what geographical areas of the world. Should water Pokemon only appear near the sea, lakes and other water features? He describes these decisions as “a very realistic problem.”

He also notes that he sees even more of a future for Pokemon beyond Nintendo platforms, and seems particularly interested in augmented reality, AI assistants and other recent tech booms.

“With current AR, even if you say Pikachu is there, no one really thinks that,” he says. “But that reality is just one step away. For example, you’ll be able to find Pikachu, and it can sense this table and jump on it, and you can see its shadow on the table, and then it faces you and starts talking to you. We will see the birth of this reality that is another step up from the current Pokémon Go. And I’ve only mentioned the visual aspect, but you can add haptic and rumble technology to that.

“Voice-activated assistants are increasing. Whether it is Google Home or Amazon or Apple Homepod, there are many of them and we could see these dialogue-based devices give birth of a new form of entertainment. Switch is just one of the possible platforms. I think we will open up more possibilities from all these platforms. Playing in a more realistic way should be possible.”