Tom Clancy games sure are popular. 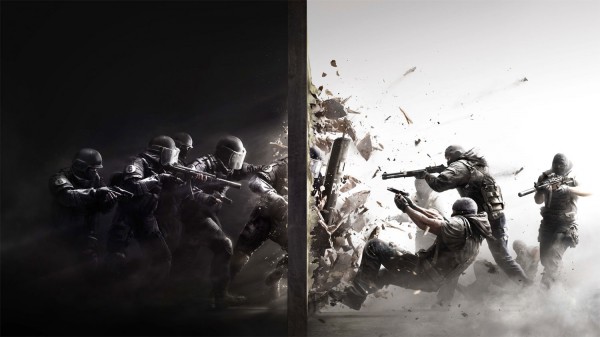 In its financial report today, Ubisoft said its online Month Active Users (MAUs) increased 27%, and during its fourth quarter, ending March 31, 2017, the Ghost Recon community grew by 60% thanks to the popularity of Ghost Recon: Wildlands. Ubisoft also attributed the increase in MAUs to For Honor.

On top of that, as noted in the headline, Tom Clancy games have 44 million unique registered players thanks to The Division, Ghost Recon: Wildlands and Rainbow Six Siege. This is an increase of almost 150% within the last 18 months.

“Our Live titles continue to beat records for player engagement and have seen a sharp rise in player recurring investment. Our results for 2016-17 demonstrate the success of our new model, with record high operating income and outperforming the target announced a year ago, and operating margin up for the third consecutive year.

“Over the last three fiscal years, Ubisoft has – with remarkable success – created numerous new brands and rebooted Rainbow Six and Ghost Recon. These successes have strengthened our visibility for the coming two fiscal years, with a line-up of releases principally comprised of established franchises. In 2017-18 we will see the exciting returns of Assassin’s Creed, Far Cry, The Crew and South Park.” 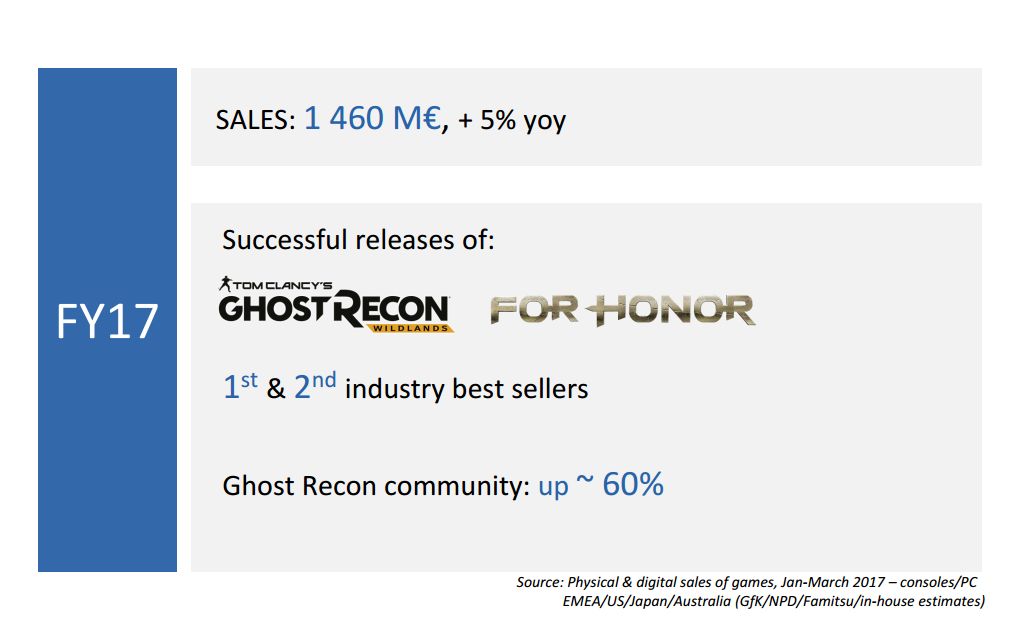 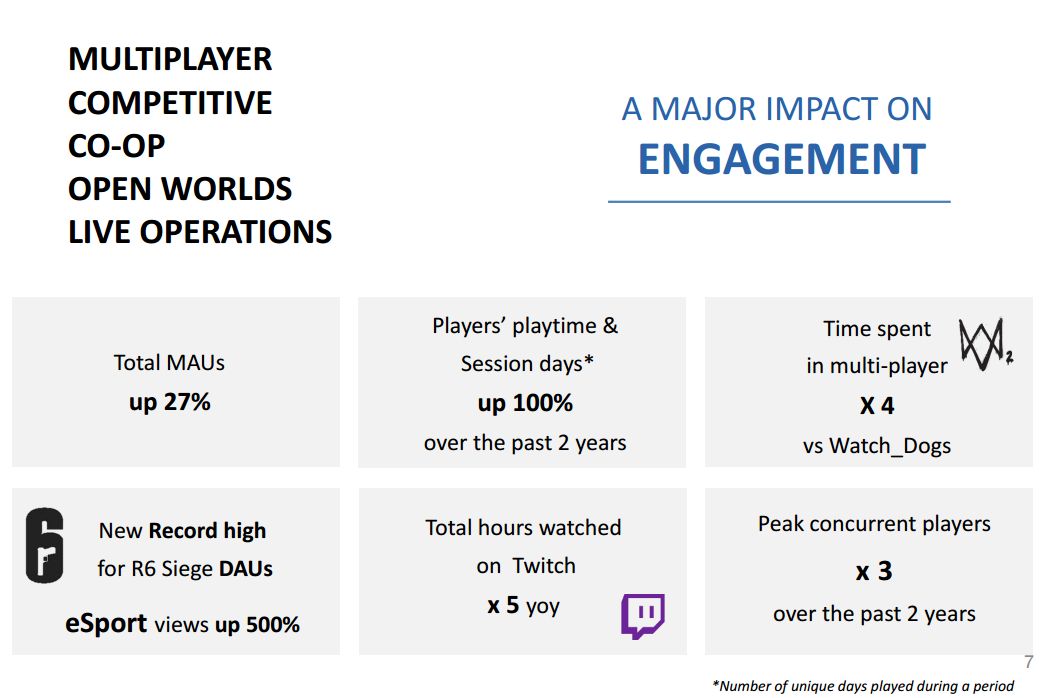 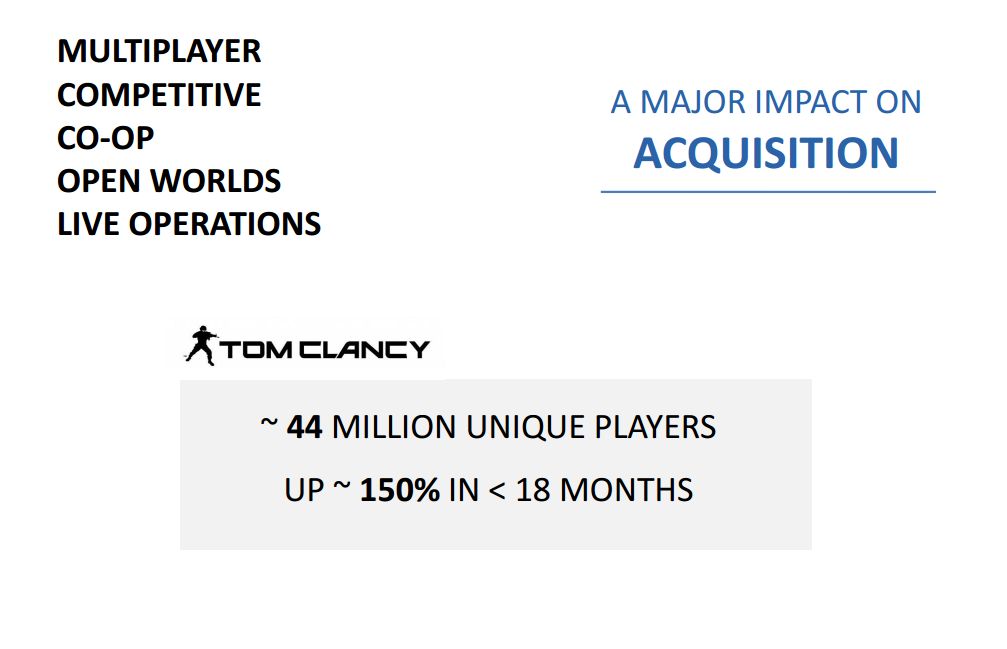 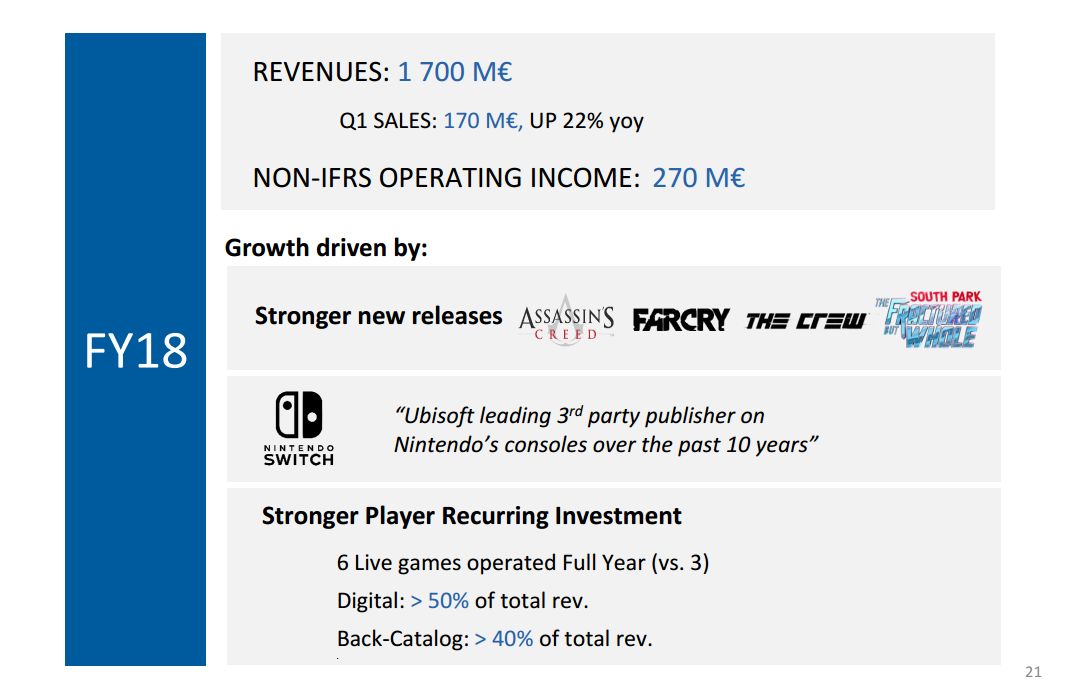 As previously reported, Ubisoft expects the next Assassin’s Creed game, Far Cry 5, South Park: The Fractured But Whole, and The Crew 2 to ship about 28 million units during the current fiscal year, ending March 31, 2018.

Each of the aforementioned titles are also expected to release during this time-frame. More on each will be revealed at E3 2017.

Enjoy a selection of the financial slides released today above.