A new Mythical Pokemon has been discovered in Pokemon Sun and Moon, but you won’t be able to catch Marshadow in the normal manner.

Like Mythical Pokemon Magearna, which was handed out via QR code in December 2016, Marshadow cannot be encountered during gameplay in Pokemon Sun and Moon.

Nintendo said more details on the new Pokemon, and how to acquire the creature, will be announced at a future date.

Luckily, or unluckily depending upon how you view leaks, information on Marshadow came to light once the Alolan adventure was datamined. 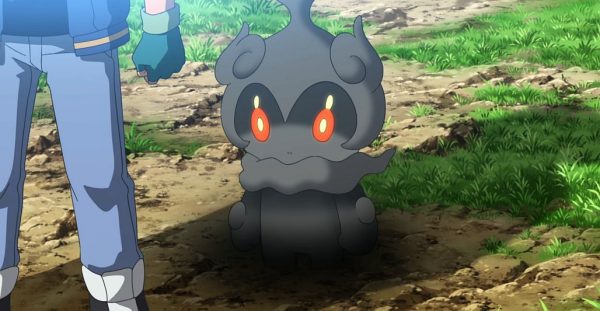 According to Bulbapeida, Marshadow is a dual-type Fighting/Ghost Pokemon with the Technician ability . The area around the creature’s face is similar to headgear and will “turn green when attacking or using its exclusive Z-Move.” The bulbs on its arms can also turn green.

While Nintendo only provided a super short glimpse at Marshadow in the video above, you can get another look at it thanks to a trailer for the new Pokemon movie.

In the trailer for Pokemon: The Movie – I Choose You above, you get a glimpse of the new Pokemon around the 33 second mark. The film is set for release in Japan on July 15.

Once Nintendo reveals when and how to catch Marshadow (you know like with a code and stuff), we’ll be sure to let you know.