When we first glanced at the email, the thought this was an April Fool’s joke crossed our mind. Then we remembered it’s Studio Wildcard after all, and DLC for Ark: Survival Evolved featuring a unicorn prancing around wouldn’t be odd in the slightest.

Update v256 for Ark: Survival Evolved on Steam also adds underwater bases, aquatic breeding, TEK teleporters, four new creatures and a more streamlined inventory system. The latter will make it easier for players to access everything placed in the inventory.

It also includes the next TEK Tier as part of the ongoing, slow rollout. The new tier adds the following: 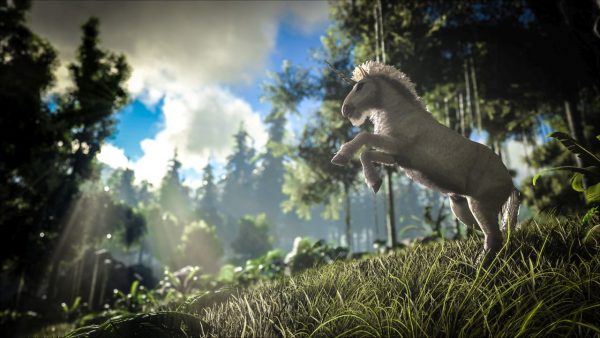 Four new creatures were also added, one of which is the Equus Magnus, which looks a bit like a zebra-ass cross. It’s rather large and can be ridden, used in herding, and as a pack animal. In order to tame the beast, players will need to use the new “break-in” mechanic.

Within the Equus saddle inventory, players will also be able to craft the new Lasso item. It can be used to wrangle creatures and players while riding. Yee-haw.

While trotting about on their amazing horse, players may encounter the Unicorn. It is the “rarest creature on the Island,” because there is only one on the map at a time. It can be tamed just like the normal Equus.

The three other critters include the Leedsichthys Conviviumbrosia which is the largest fish in the waters around the island, but it’s of “little taming value.” Players can, however use it for food, and it’s so very large, they can cut chunks of meat off of it without causing death or permanent injury.

Players can also tame the Ichthyornis Piscoquus, which is just a normal seagull. Once tamed, they will ride the player’s shoulders and bring them small fish throughout the day.

Iguanodon Vicissitudinis, a large herbivore which looks similar to the Parasaurolophus is the fourth animal to be added with the update. It sports two spike-like thumbs for “prying fruits open to pick out the seeds” and for stabbing enemies. It can walk about on all fours or on its hind legs. 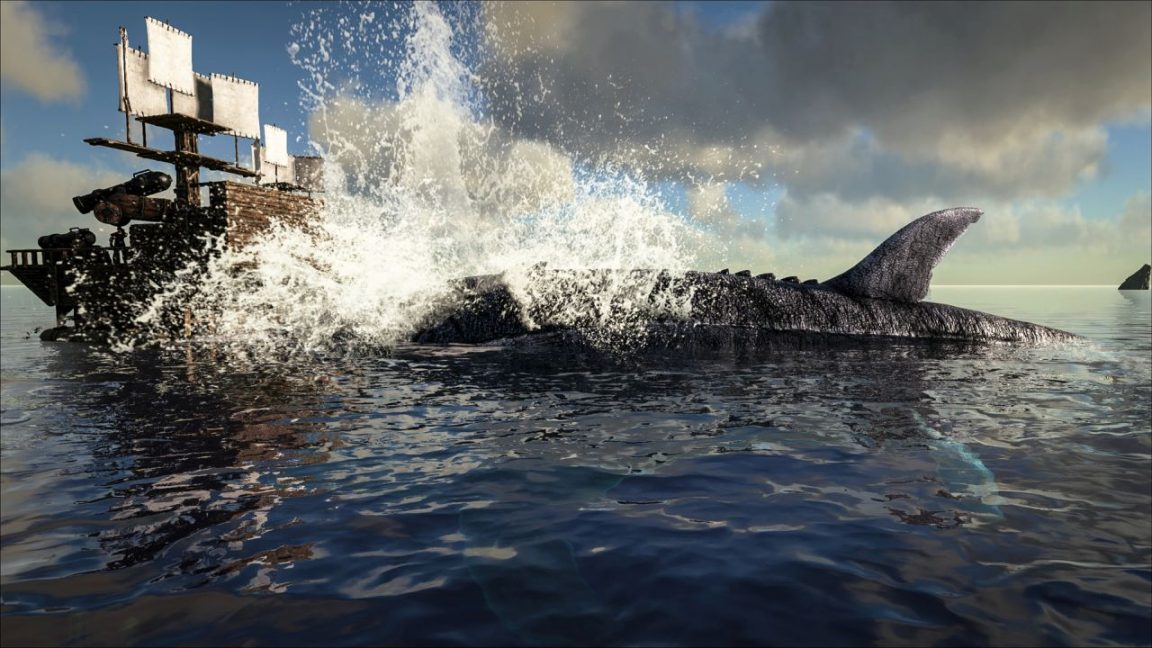 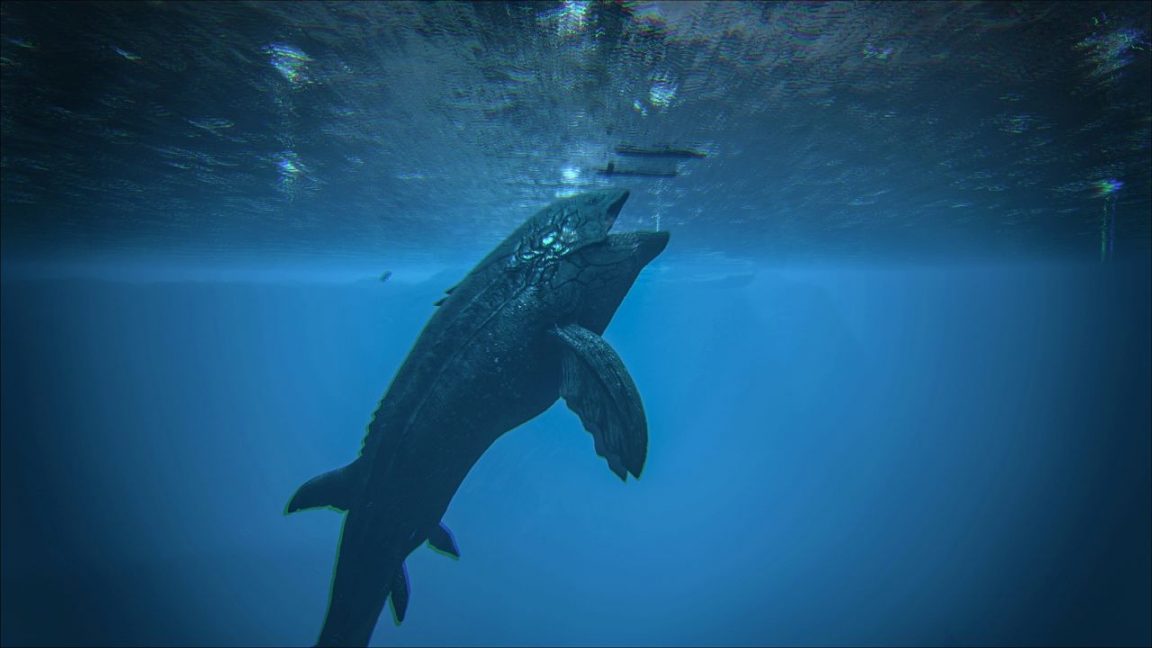 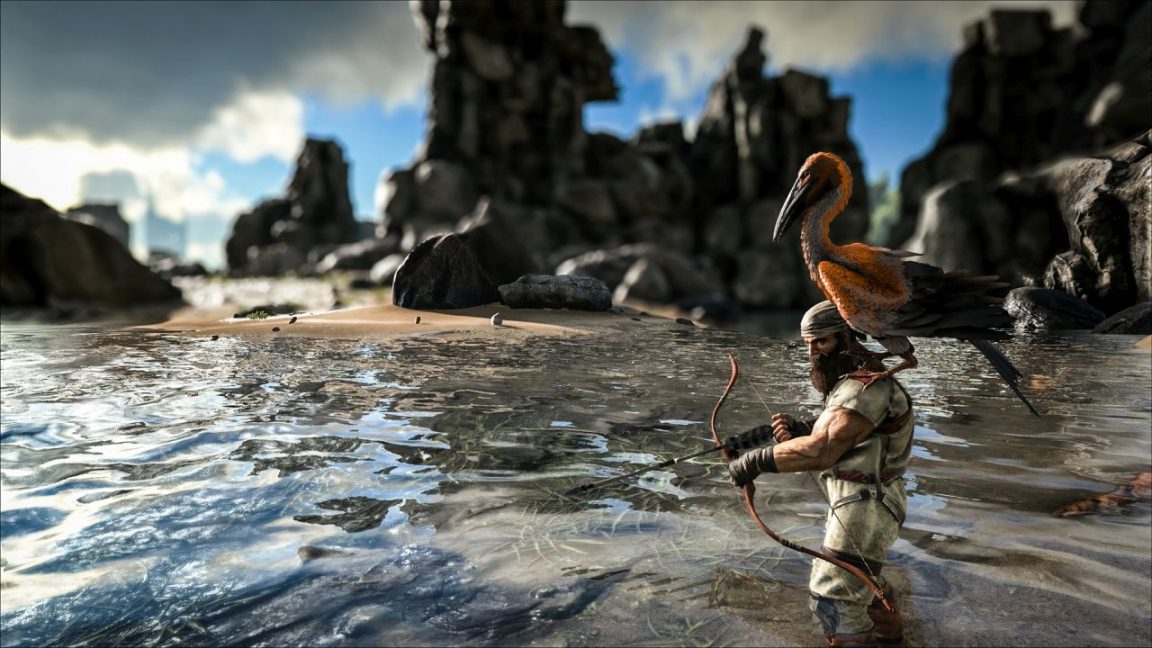 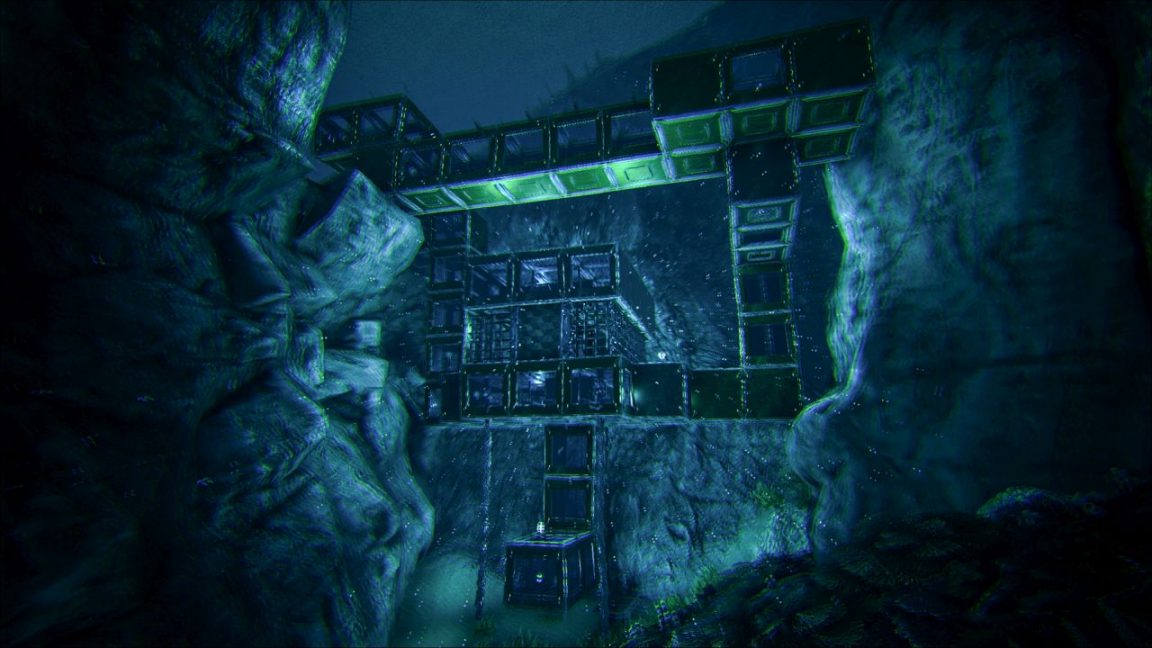 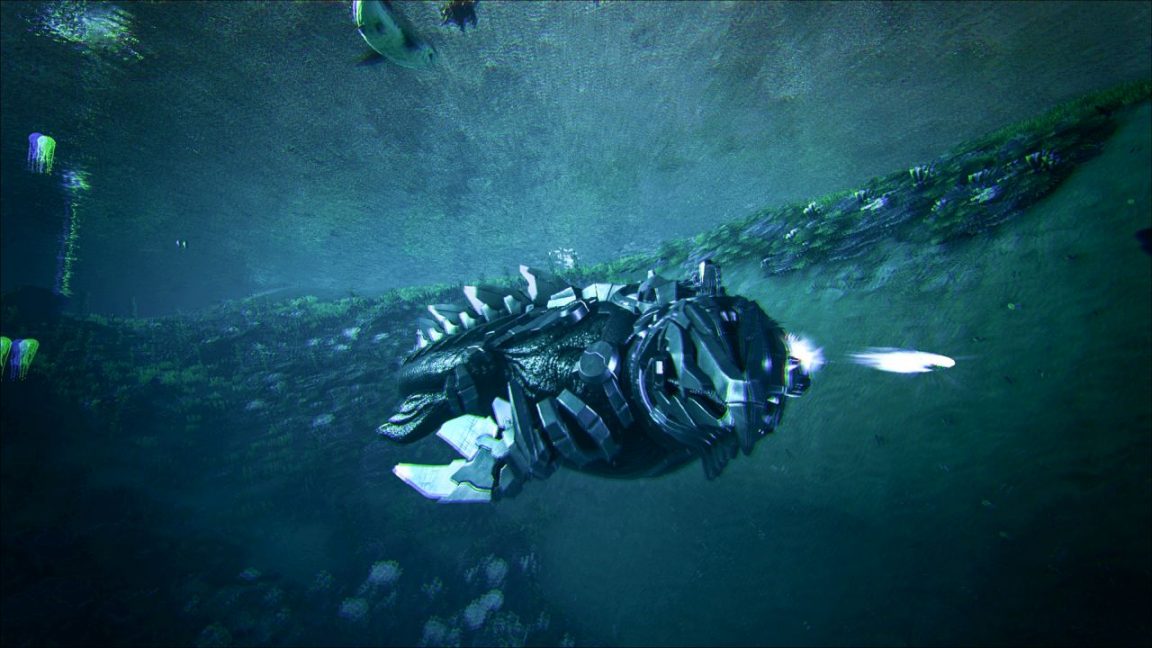 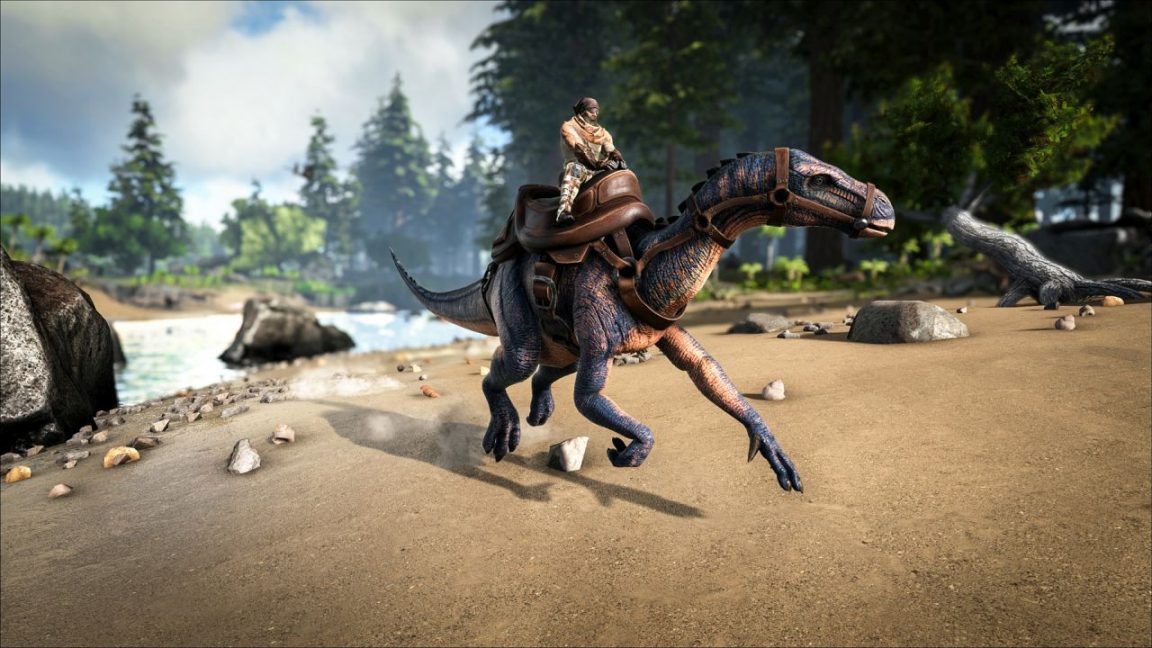 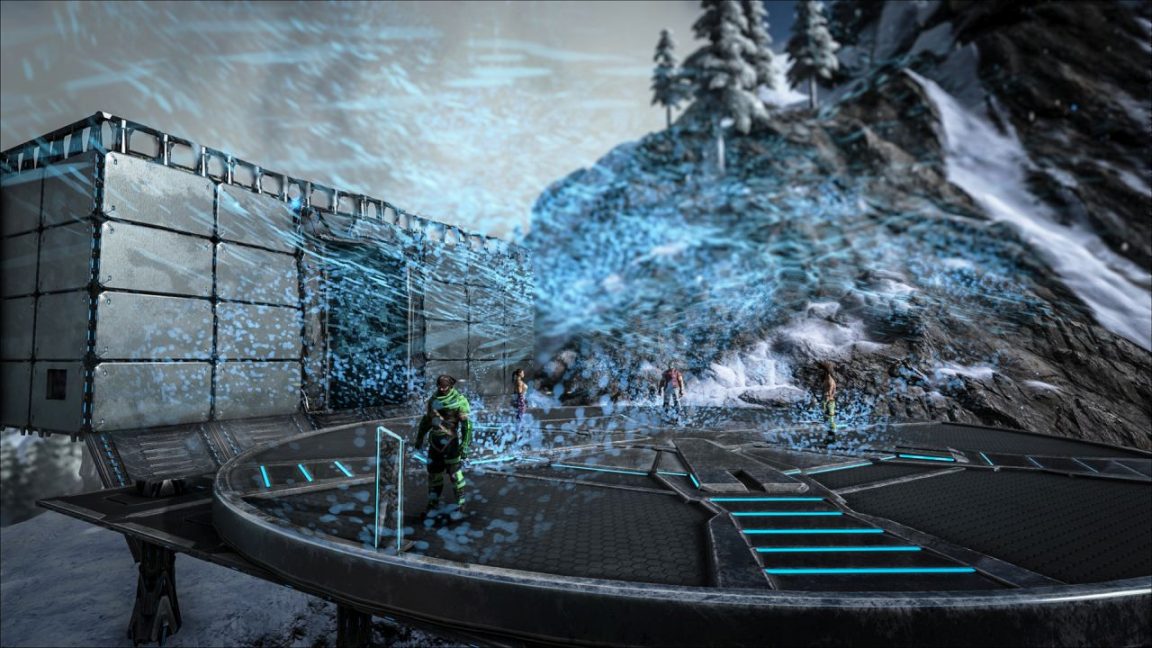 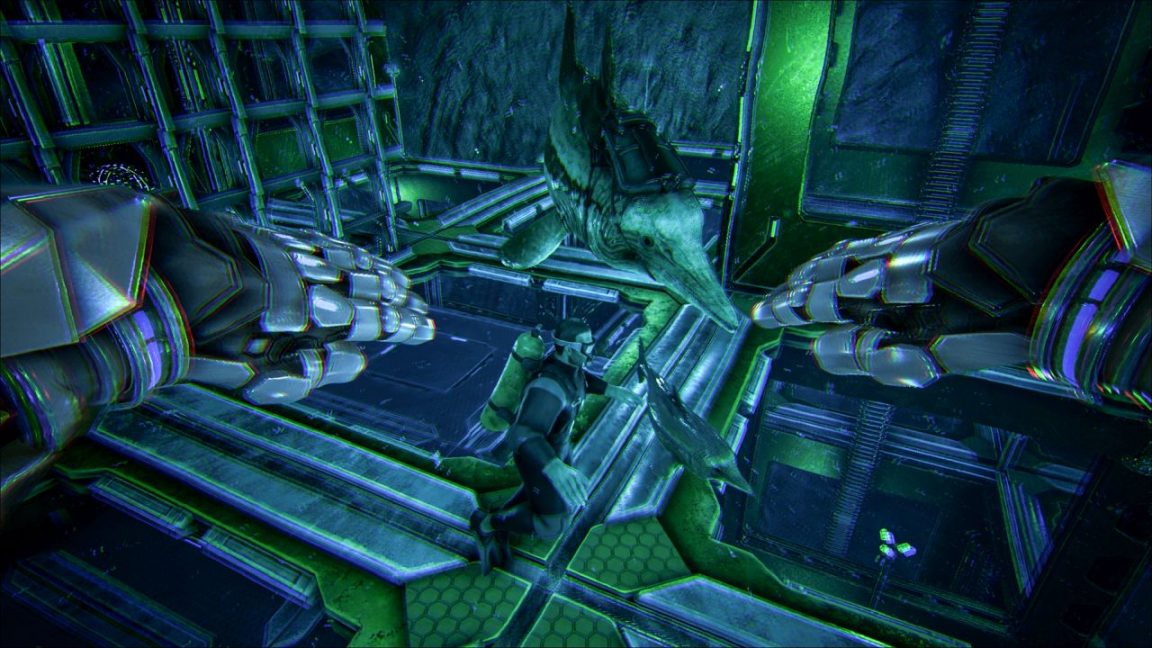 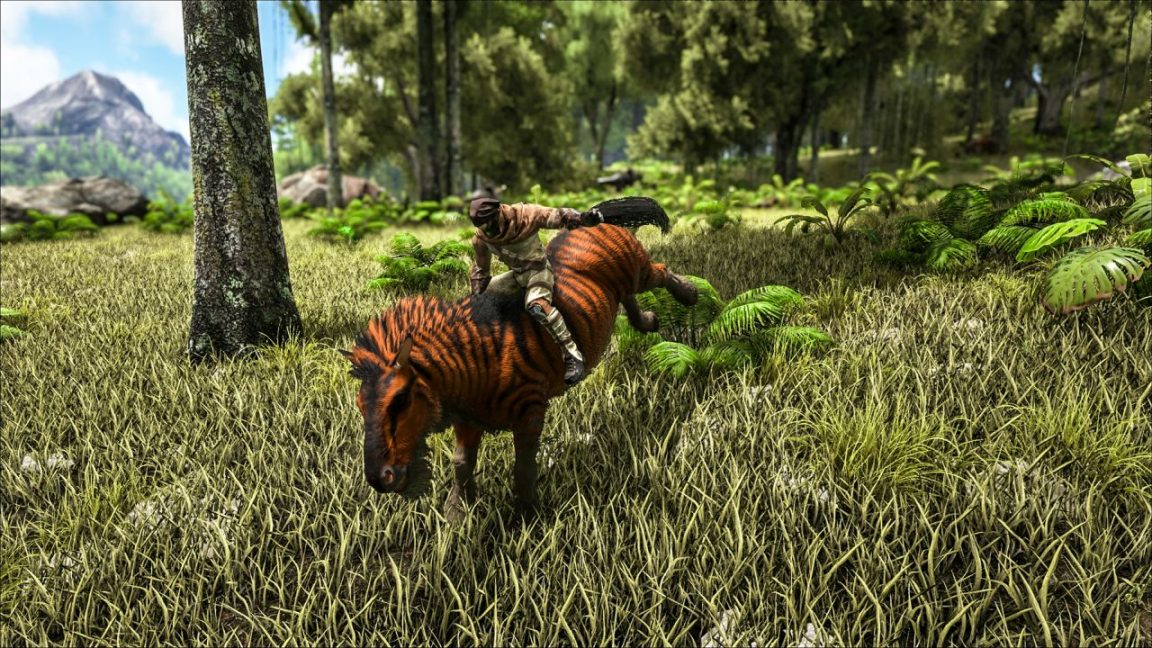 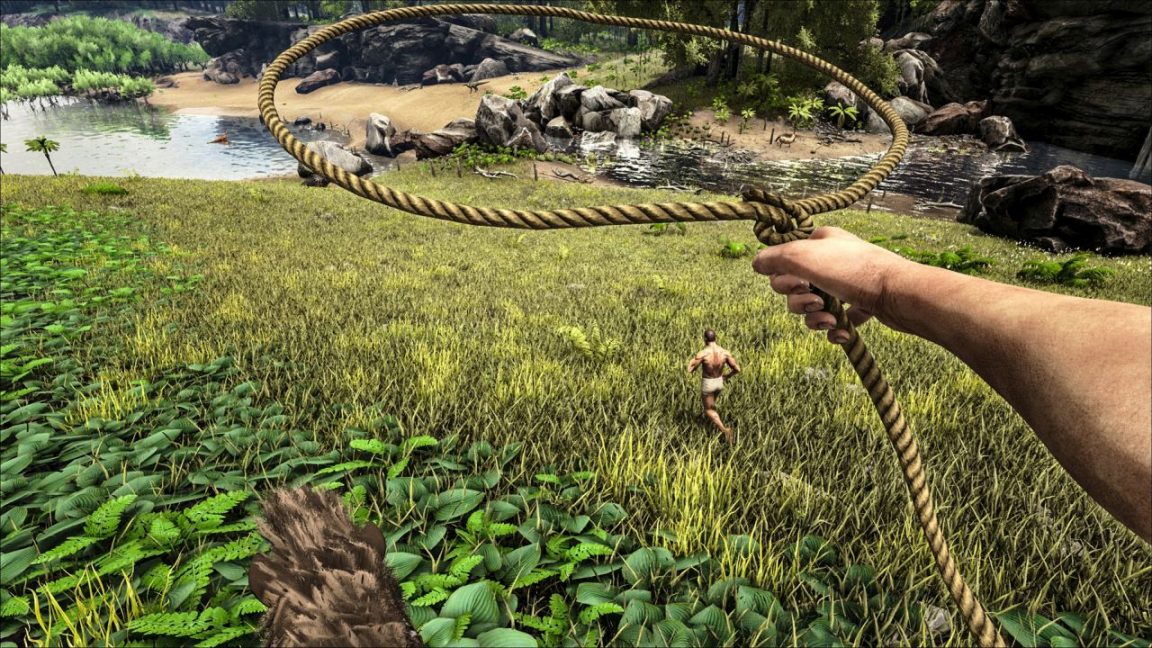 Along with the above, a new hairstyle and facial hairstyle has been added. Players can now grow ponytails with full physics and mutton chops, because why not.

If you are interested in picking up Ark: Survival Evolved, it is on sale through Steam for 67% off and the Scorched Earth expansion is 51% off until Monday, April 3.

The game is also available through Xbox One via the ID@Xbox program and in early access on PlayStation 4.