Pretending I’m A Superman – The Tony Hawk Game Story is a new documentary hoping to go into production revealing the history of the iconic Tony Hawk’s Pro Skater franchise.

It will include insight from Hawk, Rodney Mullen and a lot of the original team at Neversoft, and it’s being put together by Ralph D’Amato, who worked on the first eight Tony Hawk games.

D’Amato has also worked for Hawk as his new media guru, so he should know his stuff. He’s asking for $75,000 in funding for the movie, and there’s a bunch of rewards and such if you get involved over on indiegogo. 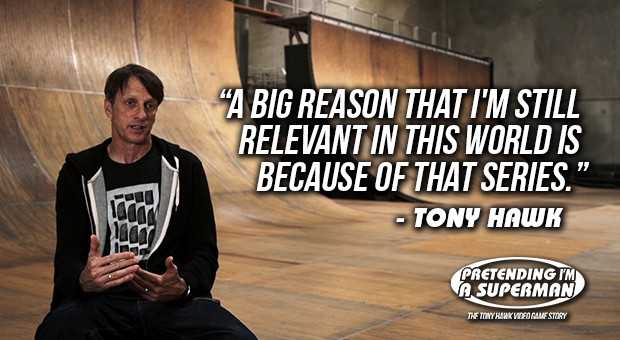 Last we heard from Hawk he was prototyping a new skating game although it sounds like it’s in very early stages.