The Tony Hawk Pro Skater 1 + 2 Remaster is out this September, and we're pretty impressed with the first footage and screens.

True to the original but with a nice 2020's sheen, the details in the levels and on the skater models themselves is surprisingly good. We don't know much about any new additional levels or skaters, but from a visual perspective the originals are being treated well for the remaster.

The opening Warehouse level with Tony Hawk himself. Smash the windows into the adjoining section, grind the helicopter blades and watch it crash through the ceiling.

Kareem Campbell making a grab with all that beautiful scenery in the background.

Kareem in the School level - look out for that asshole driving the buggy.

You can get a better look at the Warehouse section in play in the above video, in which Jack Black and his kids play the remastered level with Tony Hawk. There's no glimpse of any of the hidden sections but you all remember how to open the wind tunnel, right?

Activision has said there will be a bunch of new goals added to the classic levels on top of the original S-K-A-T-E, cash, high-score and tape challenges.

Also returning is some of the original music from the first two games. It's likely that some licensing issues will get in the way of the entire soundtrack being reproduced in full, but here's all the bands we know are involved in the Tony Hawk Pro Skater 1 + 2 Remaster. 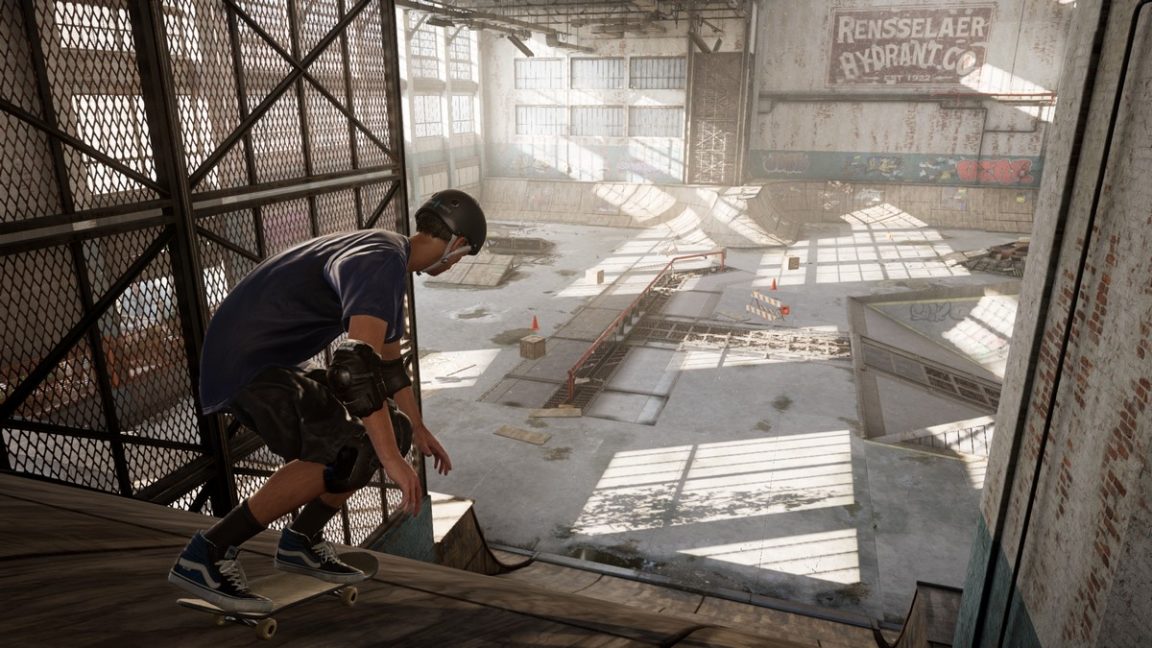 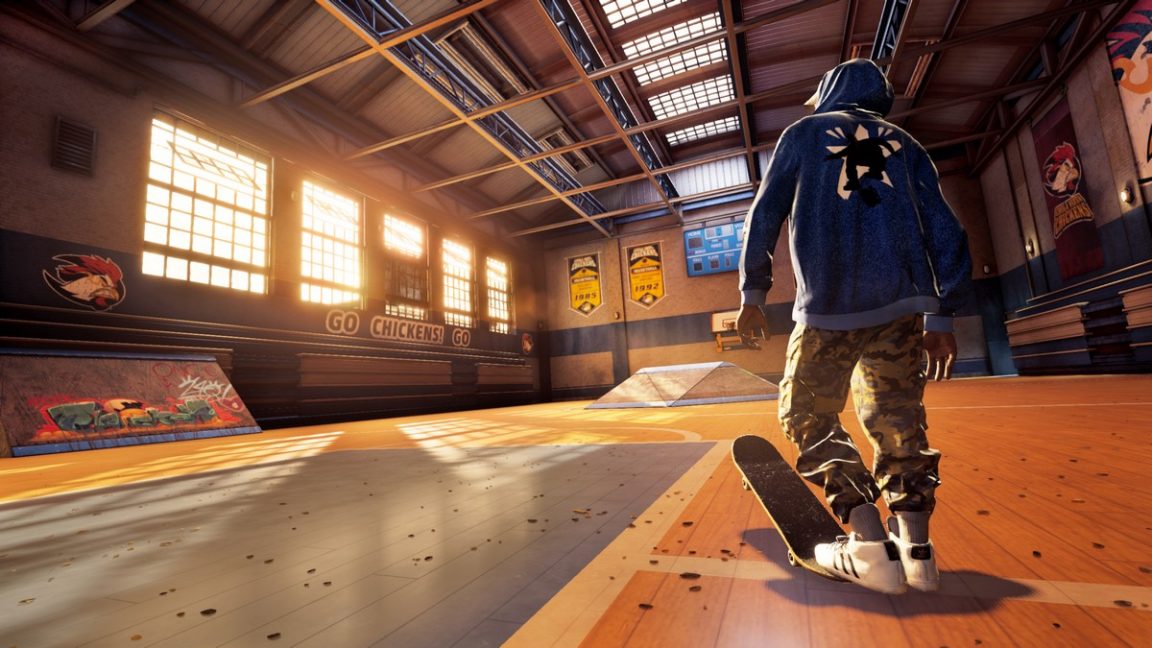 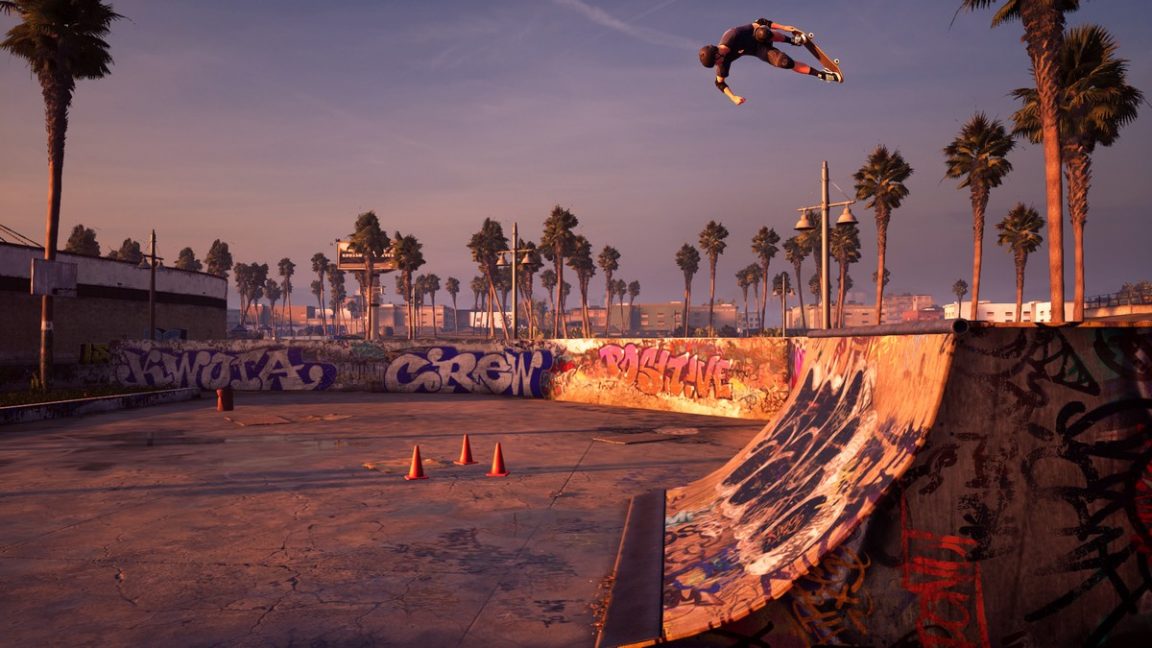 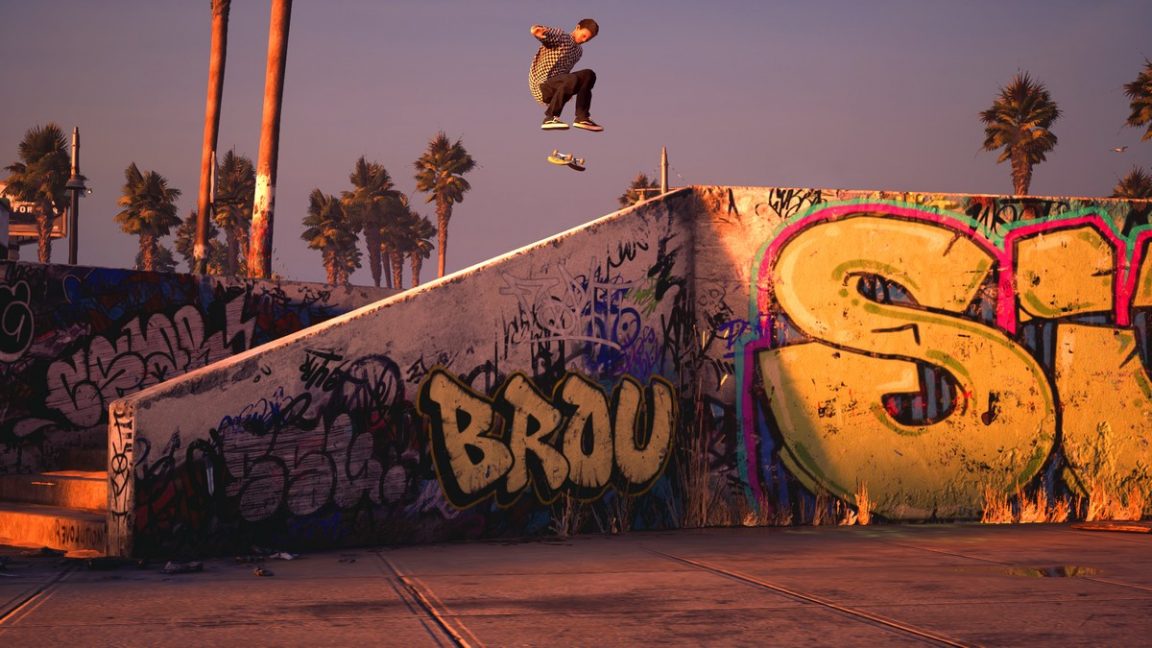 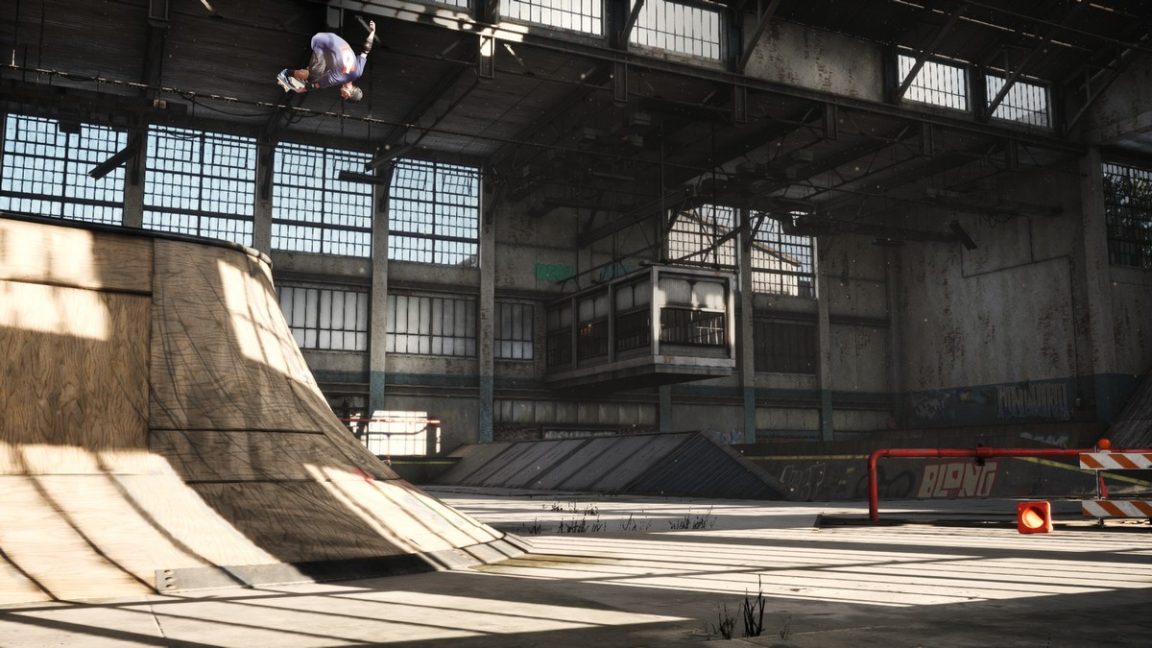 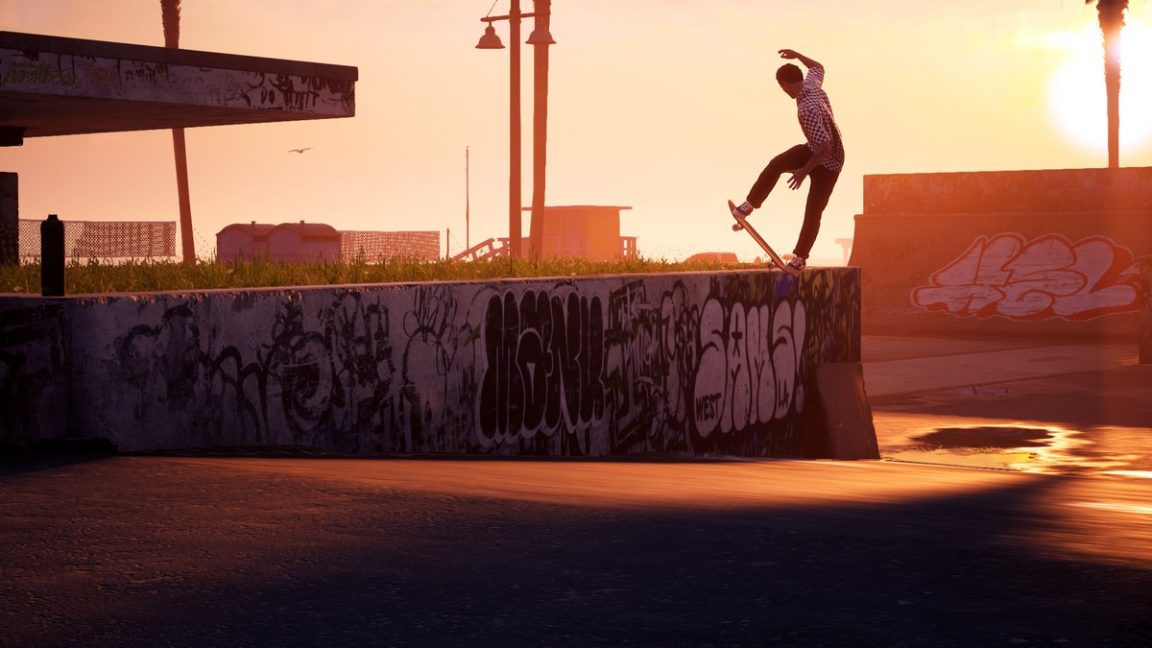 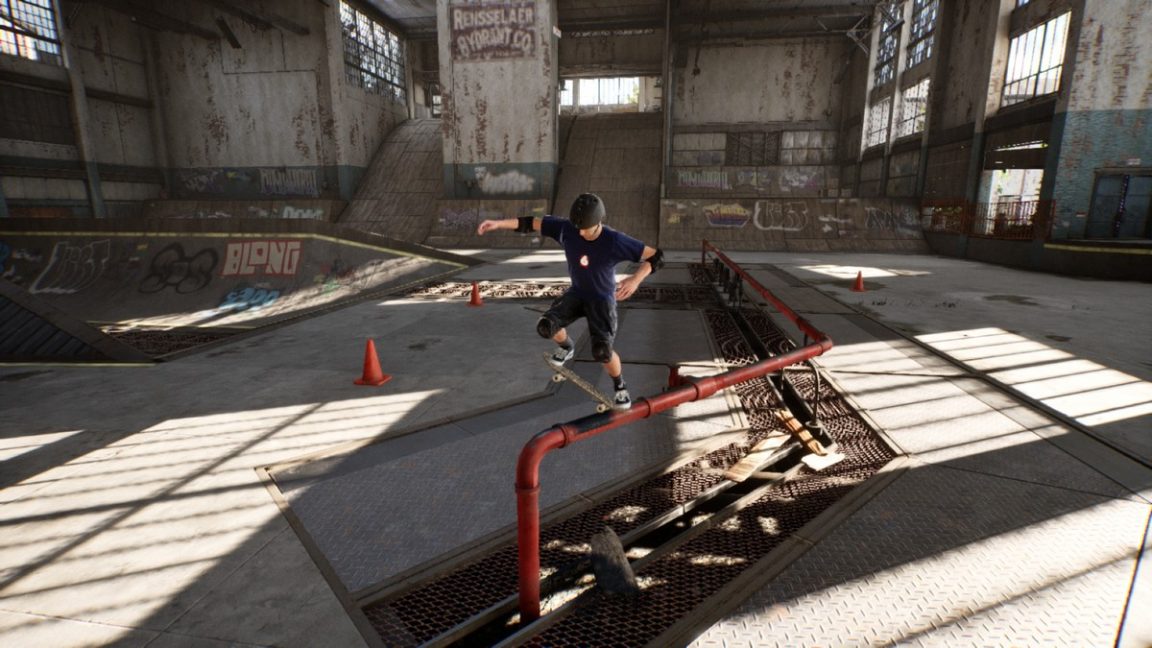 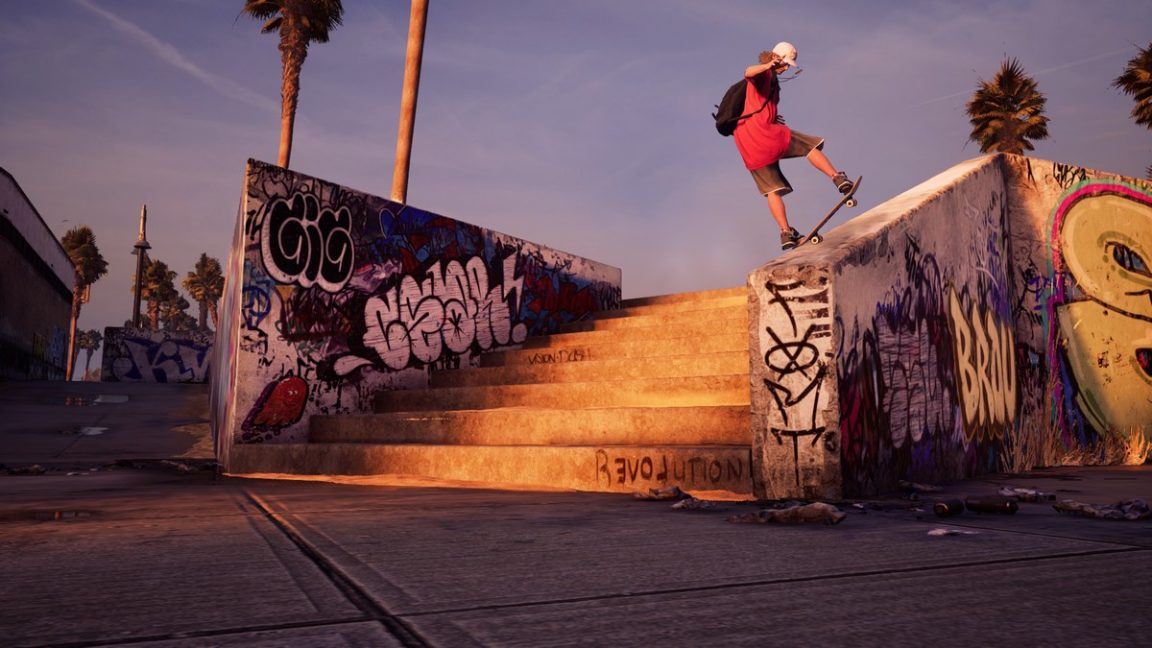 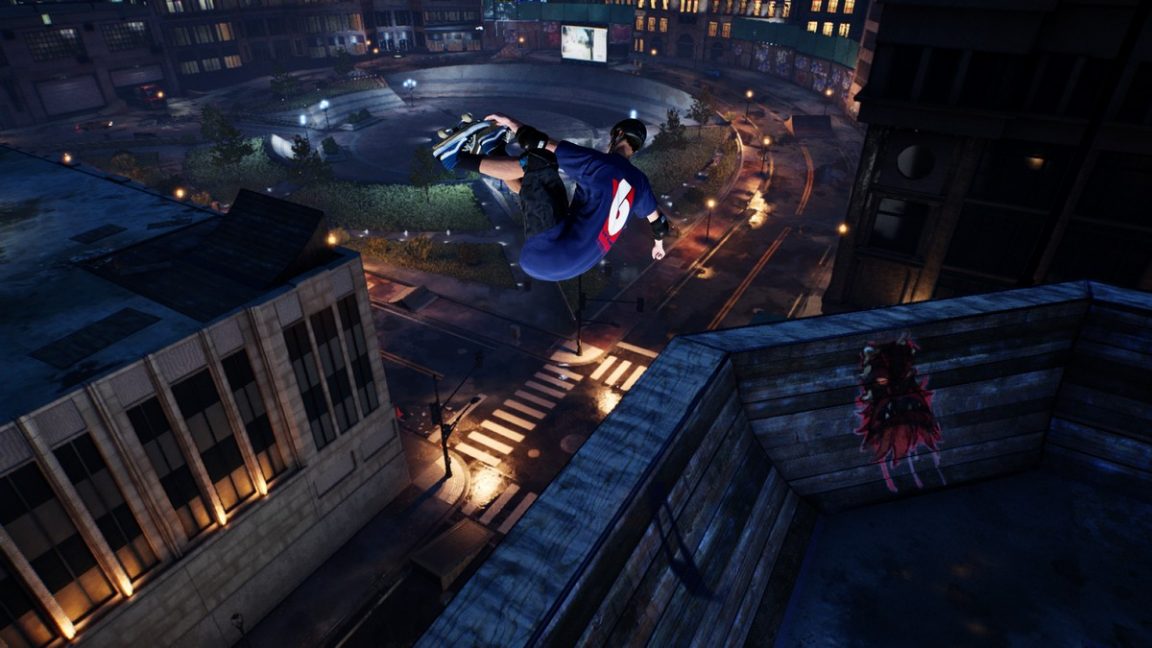