Apparently, quite a lot of Overwatch players aren’t happy the Legendary Skin given to Mei in the Winter Wonderland event. 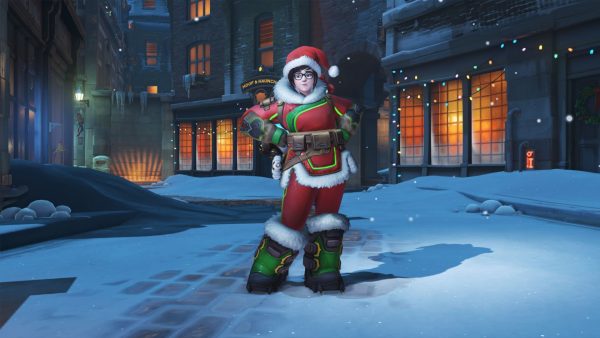 No one likes Santa it seems. Bah Humbug and all that.

In a post on the Overwatch forums addressing fan complaints (via reddit), game director Jeff Kaplan said the team makes call on what it deems “cool” regarding character skins, and “based off of the community reaction,” it seems their “gauge was off.”

“Sorry you are disappointed with Mei’s winter skin,” he wrote. “We don’t have a specific rule for what makes something Legendary or Epic. We just sort of make a gut call based off of what we think is cool. Coolness is very subjective, and based off of the community reaction it seems like our gauge was off on this one.

“Our reasoning for it being Legendary was that we completely redid the visual effects for Cryo-Freeze (we turned the ice block into a snowman). We thought that was pretty special and we had done it specifically based on community suggestions from months ago when people were speculating that we might have a winter event.

“Apparently, lots of people don’t agree with us and that’s ok. It’s all good feedback and we’re learning something for future events.”

If you’re not sure what the hubbub is about, many Overwatch players were disappointment when Mei’s holiday skin resembled nothing short being recolored.

Kaplan said for those concerned Mei won’t “get another Legendary for a long time,” can look forward to her getting “something pretty awesome” early next year.

“Apologies that our “cool meter” was off from yours on this one,” Kaplan said. “We’ll try to align better on future content.”

In short, if you aren’t too keen to spend your hard-earned credist on the Mei-rry Mei skin, a new one is on the way.

Overwatch’s Winter Wonderland event is going on now and runs through January 3.