And the Starbucks Pokemon GO incentive kicks off today. Now you can buy coffee and a muffin while you catch eggs and more Poke Balls. 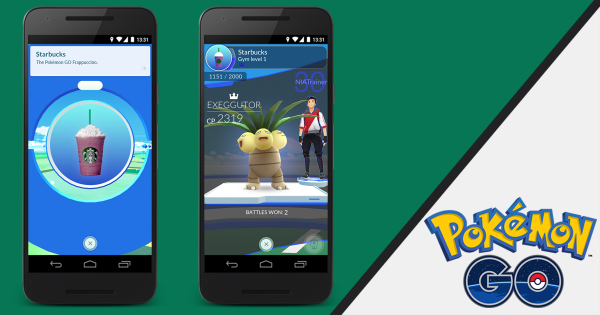 The Starbucks and Niantic Labs partnership was leaked earlier in the week on reddit.

Starting today at 11am PT/2pm ET, US Starbucks and Pokemon GO costumers can visit one of 7,800 company-operated stores which have been turned into PokeStops and Gyms.

As previously reported, the chain has also creating a special-edition Pokemon GO Frappuccino.

Yesterday, Niantic also announced a partnership with Sprint stores and RadioShack, which is a Sprint dealer.

Niantic and The Pokemon Company will also announce new Pokemon for the app on Monday, December 12.

It’s likely the new Pokemon are Generation 2 creatures, which dataminers found in the files last month.